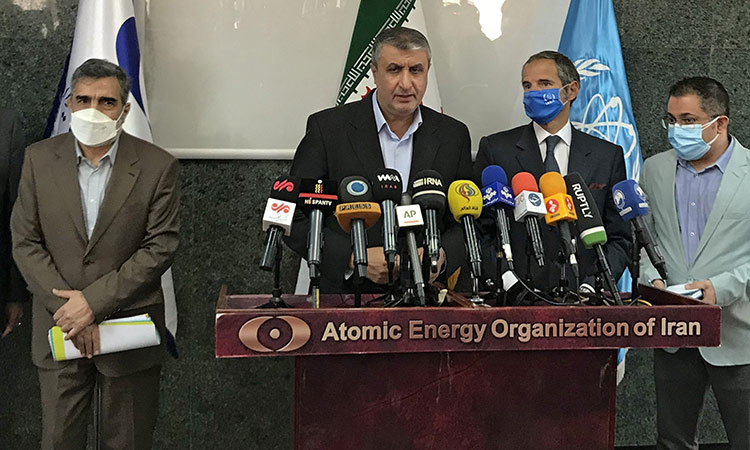 Iran and the UN nuclear agency said on Sunday they have agreed that to allow inspectors to service the agency's surveillance equipment as Tehran has restricted access since earlier this year.

Iran is to allow the UN nuclear watchdog to service monitoring cameras at Iranian nuclear sites after talks as they said in a joint statement "IAEA's inspectors are permitted to service the identified equipment and replace their storage media which will be kept under the joint IAEA and (Iran's) AEOI seals in the Islamic Republic of Iran. The way and the timing are agreed by the two sides".

He met the chief of the Atomic Energy Organization of Iran, Mohammad Eslami, on Sunday.

"The two sides decided to maintain their mutual interactions and meetings at relevant levels," the statement said, adding Grossi planned another visit to Tehran "in the near future".

The IAEA said this week that there had been no progress on two key issues: explaining uranium traces found at old, undeclared sites and getting urgent access to monitoring equipment so the agency can continue to keep track of parts of Iran's nuclear programme as per the 2015 deal. 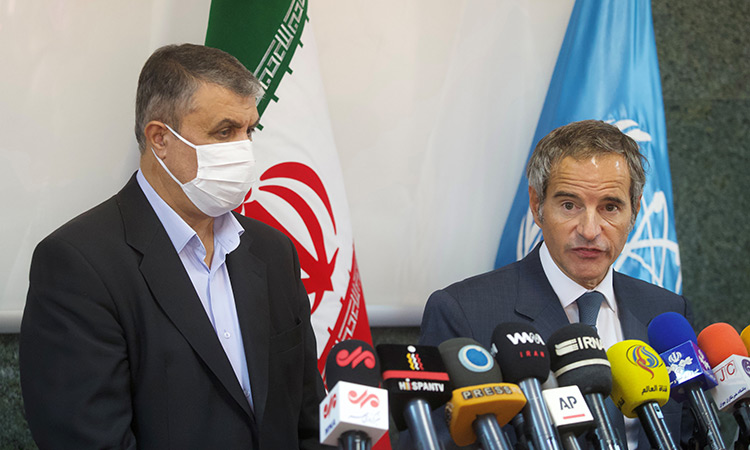 "We agreed over the replacement of the memory cards of the agency's cameras," Mohammad Eslami, who heads the Atomic Energy Organization of Iran (AEOI), was quoted as saying by state media.

"IAEA’s inspectors are permitted to service the identified equipment and replace their storage media which will be kept under the joint IAEA and AEOI seals in the Islamic Republic of Iran," the nuclear bodies said in a joint statement.

The 2015 deal promised Tehran sanctions relief in return for curbs on its nuclear programme.

But the landmark agreement was torpedoed in 2018 by then US president Donald Trump's unilateral decision to withdraw Washington from it and impose a punishing sanctions regime.

Iran has since stepped away from many of its commitments, but the administration of US President Joe Biden has advocated a return to diplomacy to save the agreement.

A point of contention this year has been limits Iran has imposed on the IAEA's ability to monitor various of its nuclear facilities.

Iran has refused to provide real-time footage from cameras and other surveillance tools that the UN agency has installed in these locations. 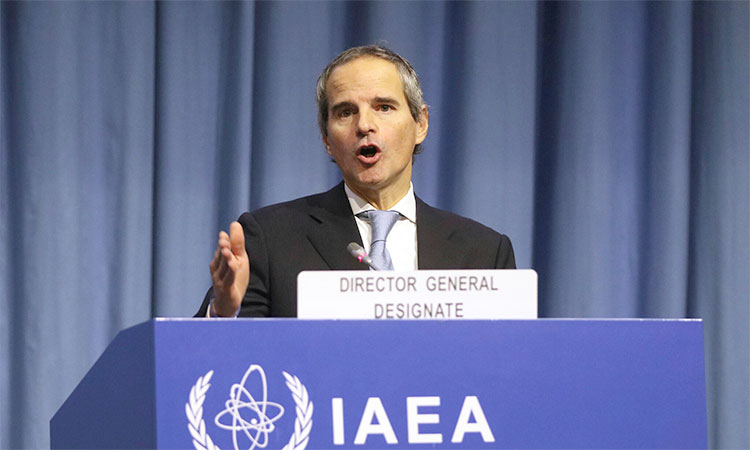 UN nuclear watchdog chief to travel to Iran on Saturday

"Director General Rafael Mariano Grossi will travel to Tehran for meetings with senior Iranian officials on Saturday," an IAEA spokesman said in a statement, adding that Grossi would hold a press conference on his return to Vienna on Saturday evening.