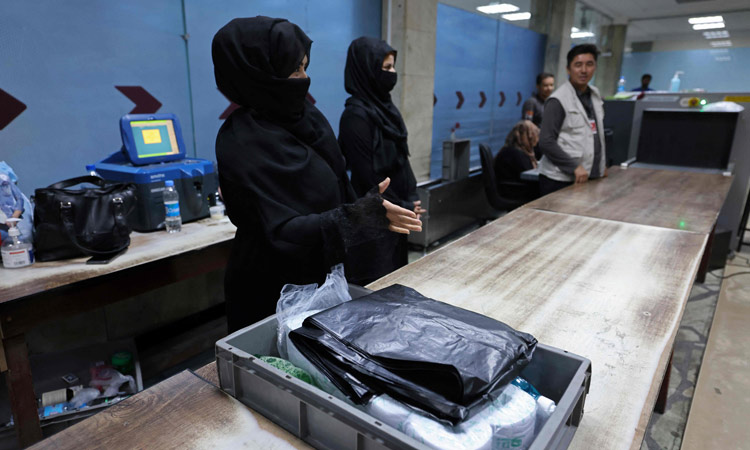 Afghan women workers are pictured at a security checkpoint of the airport in Kabul on Sunday. AFP

Less than a month after the Taliban rolled into Kabul, Rabia Jamal made a tough decision — she would brave the new rulers and return to work at the Afghan capital airport.

With Taliban saying women should stay at home for their own security the risks were all too clear, but the 35-year-old mother of three felt she had little choice.
"I need money to support my family," said Rabia, wearing a navy-blue suit and make-up. "I felt tension at home... I felt very bad," she told AFP. "Now I feel better."

Of the more than 80 women working at the airport before Kabul fell to the Taliban on Aug.15, just 12 have returned to their jobs. But they are among very few women in the capital allowed to return to work. The Taliban have told most not to go back until further notice.

Six of the women airport workers were standing at the main entrance on Saturday, chatting and laughing while waiting to scan and search female passengers taking a domestic flight. 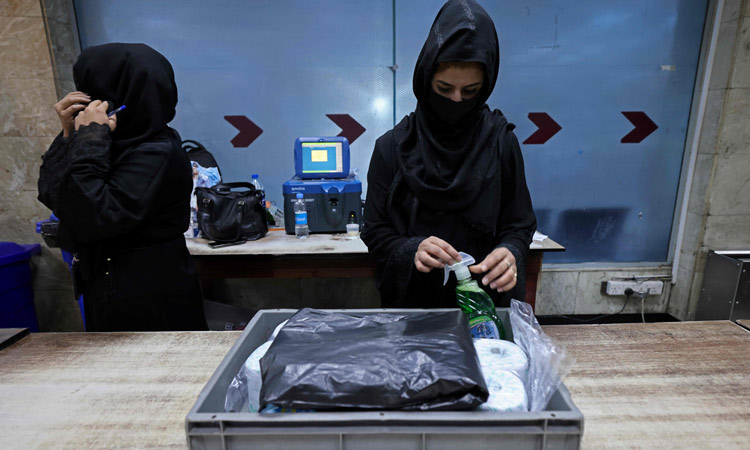 An Afghan customs woman checks the contents of a suitcase at the airport . AFP

Rabia's sister, 49-year-old Qudsiya Jamal, said the Taliban takeover had "shocked" her. "I was very afraid," said the mother of five, who is also her family's sole provider. "My family was scared for me — they told me not to go back — but I am happy now, relaxed... no problems so far."

At the airport, which is returning to action after the hurried US withdrawal left it unusable, Rabia says she will keep working unless she is forced to stop.

Under new rules, women may work "in accordance with the principles of Islam," the Taliban have decreed, but few details have yet been given as to what exactly that might mean.

"My dream is to be the richest girl in Afghanistan, and I feel I am always the luckiest," said Rabia, who has worked since 2010 at the terminal for GAAC, a foreign country-based company providing ground and security handling. "I will do what I love until I am not lucky anymore." 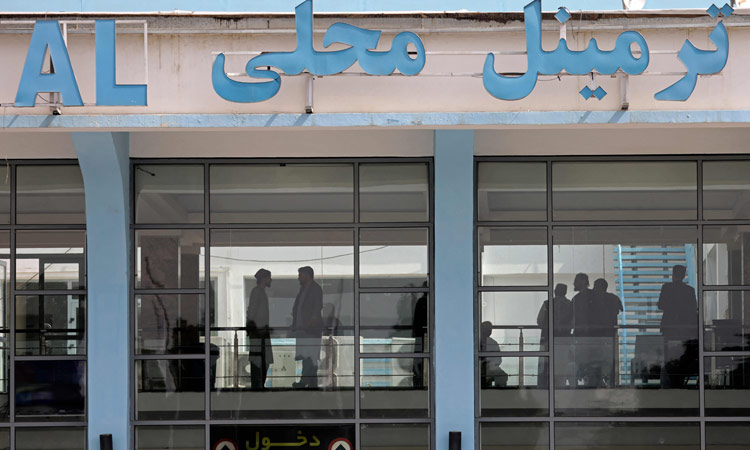 Passengers are pictured inside the airport in Kabul. AFP

Rabia's colleague, who gave her name as Zala, dreams of something completely different. The 30-year-old was learning French in Kabul before she was forced to stop and stay at home for three weeks after the takeover.

"Good morning, take me to Paris," she said in broken French, as her five colleagues burst into laughter. "But not now. Today I am one of the last women of the airport." 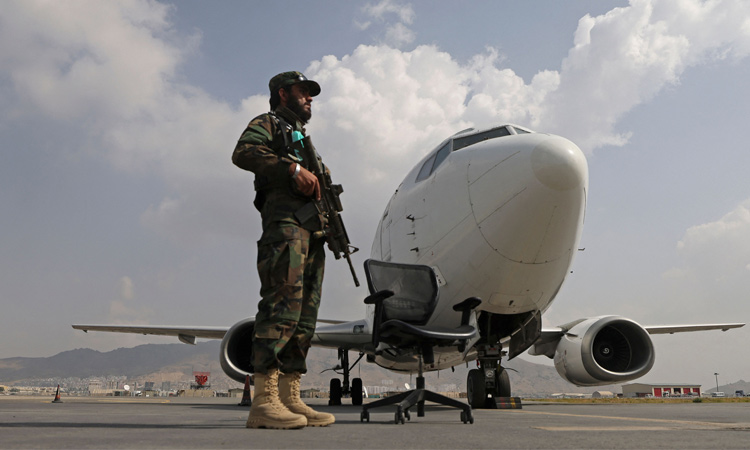 A Taliban fighter stands guard next to an Ariana Afghan Airlines aircraft on the tarmac at the airport in Kabul. AFP

On Sunday, an AFP correspondent at the airport saw border police members deployed at several checkpoints outside the main buildings of the airport, including the domestic terminal.

"I came back to work yesterday more than two weeks after being sent home," one of the police force members said, speaking on condition of anonymity.

"I received a call from a senior Taliban commander who asked me to come back," another officer said. "Yesterday was great, so happy to serve again."

The Taliban say they have granted a general amnesty to everyone who worked for the former government — including the army, police and other security branches.