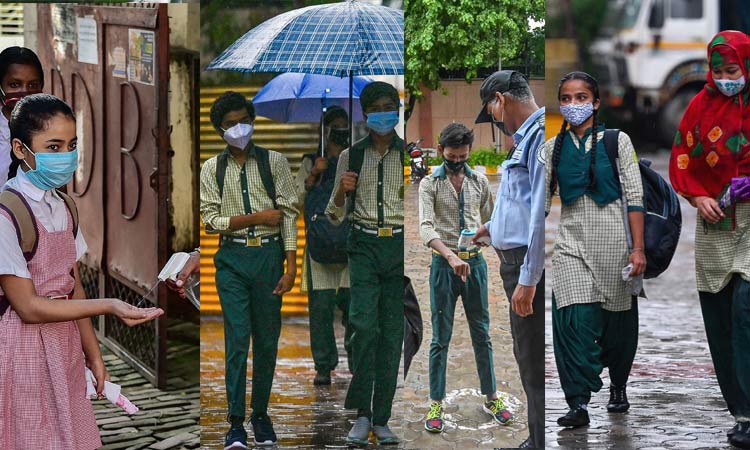 More students in India stepped inside a classroom for the first time in nearly 18 months on Wednesday, as authorities gave the green light to partially reopen more schools despite apprehension from some parents and signs that infections are picking up again.

Schools and colleges in the national capital and at least six more states are reopening in a gradual manner with health measures in place throughout September.

The Delhi government has allowed opening of schools with preventive COVID-19 measures. The schools in the state will reopen for classes 9 to 12 in staggered manner. The new guidelines for schools include mandatory thermal screening, staggered lunch breaks, alternate seating arrangements, 50 per cent seating per classroom, and mandatory quarantine room for students in school premises.

L.K. Dubey, Principal, Sarvoday Bal Vidyalay West Vinod Nagar, said, "We have called only 50 per cent of students. With proper implementation of SOPs, we have applied One Desk one Student formula to ensure total physical distancing." 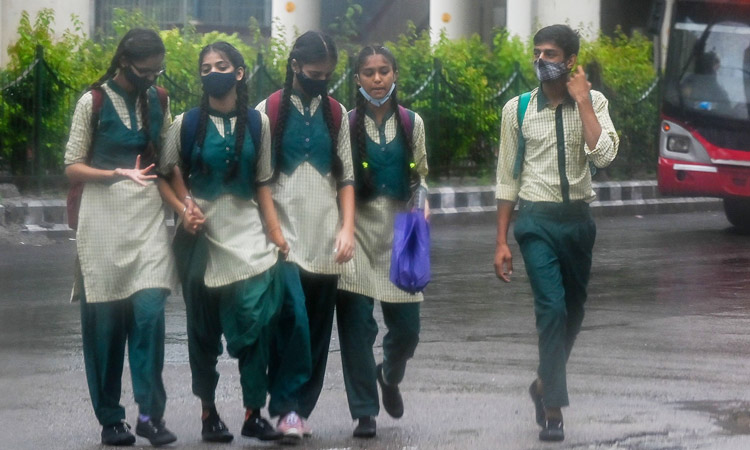 Rishika, a student from class 12, said, "We are excited to join schools again after several months. We are following full COVID-19 appropriate behaviour and don't want to be confined again at home."

Khushi from the same class said that she has enjoyed coming out after 5 to 6 months. "We were so excited to join the school that we ignored the heavy rain to reach the school. With proper sanitization all safety norms are being followed in schools", said elated Khushi.

Colleges and coaching institutes in the state have also been allowed to reopen from Thursday. 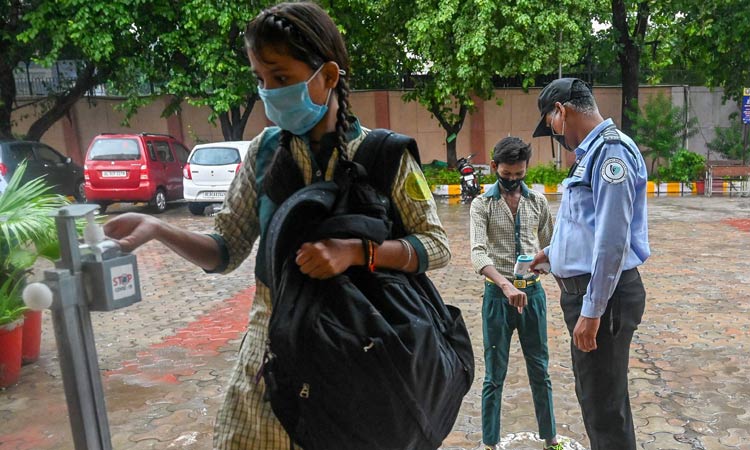 A student has his temperature taken while another uses a hand sanitiser as they arrive school in New Delhi. AFP

In the capital only students in grades nine through 12 allowed to attend at first, though it is not compulsory. Some parents say they will be holding their children back, including Nalini Chauhan, who lost her husband to the coronavirus last year.

"That trauma is there for us and that is what stops me from going out. We don’t go to malls. We don’t go shopping. So why schools now?” she said. 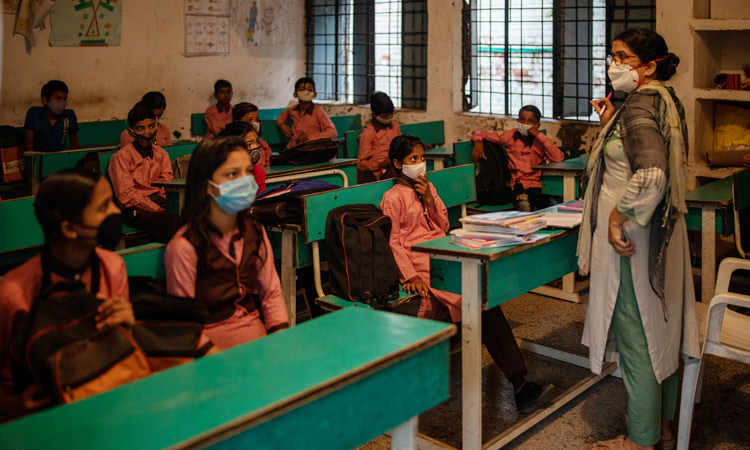 Students attend a class on the first day of partial reopening of schools in Noida. AP

Life has been slowly returning to normal in India after the trauma of a ferocious coronavirus surge earlier this year ground life in the country to a halt, sickened tens of millions, and left hundreds of thousands dead. A number of states returned last month to in person learning for some age groups.

In Uttar Pradesh state, where school reopens for first to fifth graders on Wednesday after older students were allowed last month, 6-year-old Kartik Sharma was excited to wear his new school uniform. 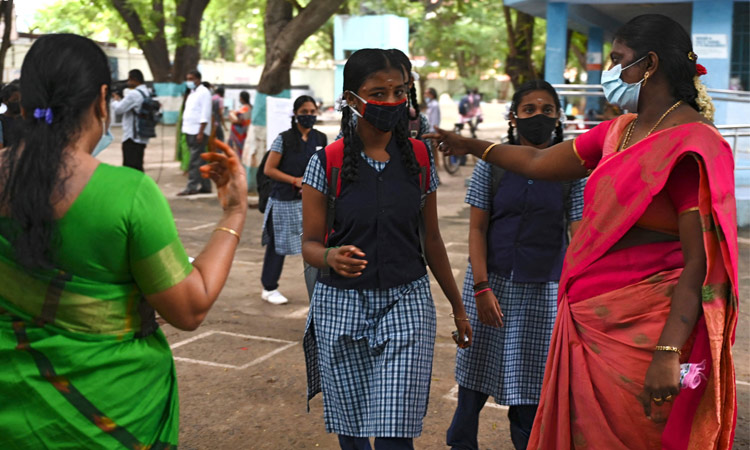 Not all are as confident. Toshi Kishore Srivastava said she would wait before sending her son back to first grade.

"The doctors are predicting the third wave, and in this scenario sending children to schools could prove detrimental,” she said.

Francisco Duque was reacting to the statement of Interior Secretary Ano that minors may soon be allowed to leave their homes and visit shopping malls as long as they are accompanied by their parents or guardians. 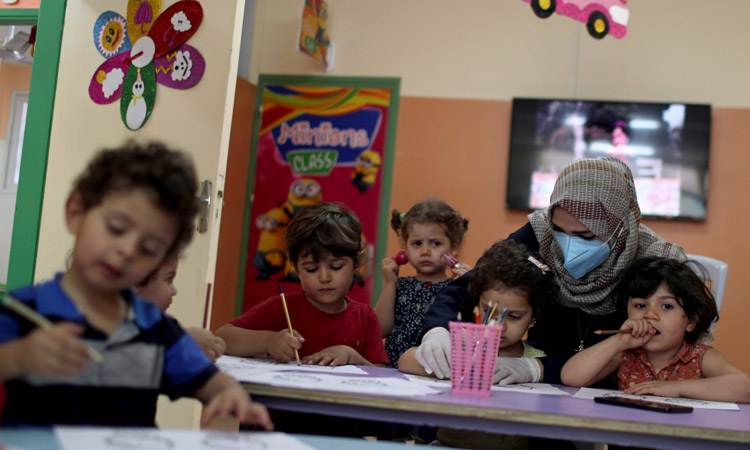 Joy in Gaza as mosques, schools reopen after pandemic closure

Mosques in the Gaza Strip reopened on Wednesday after a 70-day closure due to the novel coronavirus, with one worshipper saying he was "overjoyed" despite fears over the pandemic.