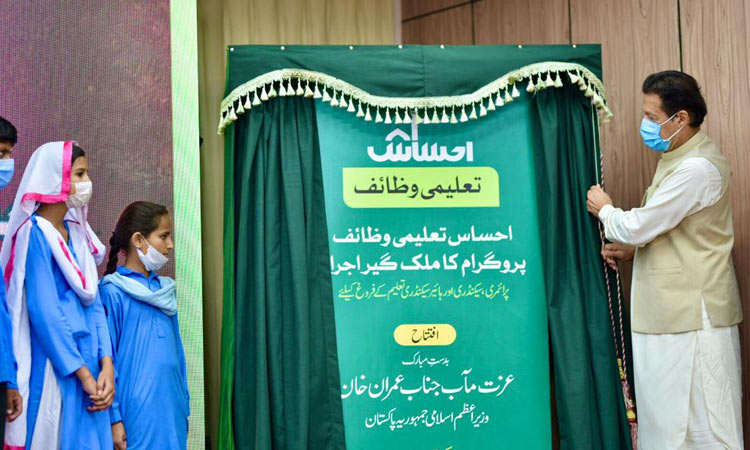 Pakistan Prime Minister Imran Khan on Wednesday launched the Ehsaas Education Stipends programme for deserving families so that they could send their children for education.

Addressing the launch ceremony for the programme in Islamabad, the prime minister said that 20 million children not going to schools was a major issue for the country, and regretted that due importance was not paid to their education, adding that it was important to rectify the issue.

He said a country's biggest assets are its people and that not providing them education was akin to wasting our assets. "By denying the opportunity for upwards (social) mobility, you do a great injustice to that segment," he said.

The stipend initiative, the premier said, would serve to incentivise and encourage children to attend schools.

According to a statement issued by the Prime Minister's Office, the stipend will be given to "deserving parents," who can ensure 70 per cent attendance of their children in schools. 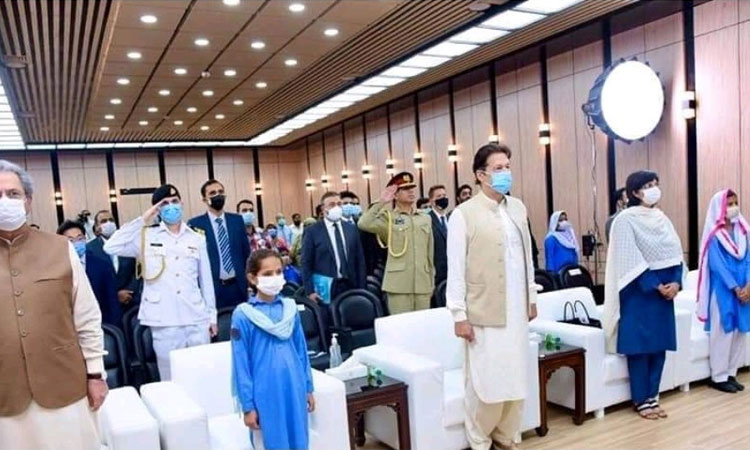 Imran Khan, other top officials and students during the Ehsaas Education Stipends programe.

"In this programme, the amount of stipend has been kept especially higher for girls. School stipends are for primary, secondary and higher secondary education," it added.

Imran said that a well-educated woman was of greater benefit to the society than a well-educated man because she "teaches her kids and changes the entire system of her household such as the health and wellbeing of children, which have a lot of societal impact."

"The West says that we do not want to educate our girls but this is not the case. I've visited every region of Pakistan and nowhere did I go and see such households where parents wanted their girls to not study," he said. 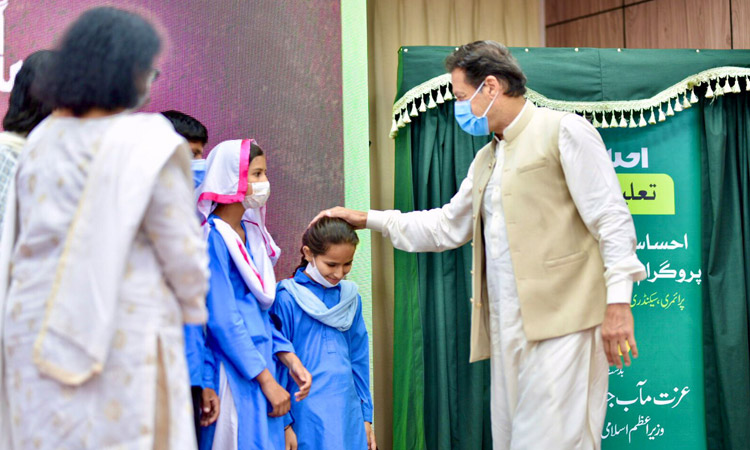 Imran Khan interacts with a girl student during the ceremony.

The premier said other issues, such as ease of access, contributed more to a lack of girls' education than the will of the parents. He identified a dearth of schools and faculty as the driving factors behind the menace.

"Parents from everywhere ask me to open schools for girls so it is not that they don't want to educate their daughters," he said. "It was the government's duty to facilitate them that was missing till now."

The prime minister also praised the incorporation of information technology (IT) in the programme to ensure transparency and ward off corruption.

"Through the use of IT, we will attain control over most of these issues and, in a very transparent manner, distribute these stipends to children and incentivise them and monitor them," he added.