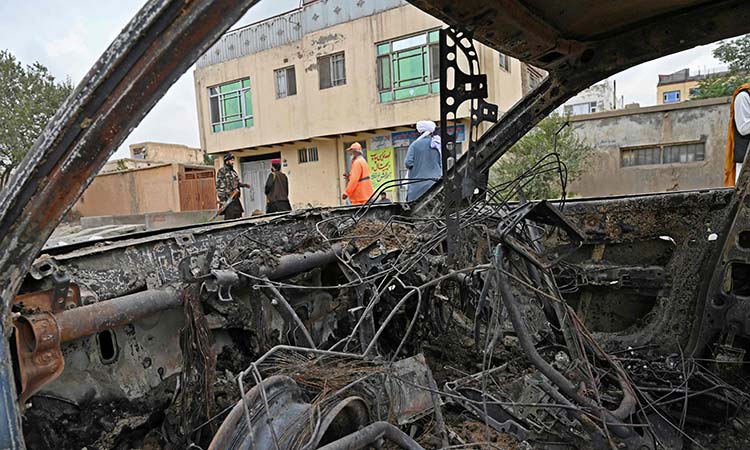 Taliban fighters stand guard near a damaged car after multiple rockets were fired in Kabul on Monday. AFP

US anti-missile defences intercepted as many as five rockets that were fired at Kabul's airport early on Monday morning, a US official said, people fled after the blasts.

The United States rushed to complete its withdrawal from Afghanistan to end its longest war as allied forces are also hurrying to evacuate their remaining citizens and at-risk Afghans before completing their own withdrawal by Tuesday to meet a deadline agreed between the Taliban and Washington.

A witness, who spoke on condition of anonymity for fear of reprisals, said they heard the sound of three explosions and then saw a flash in the sky. 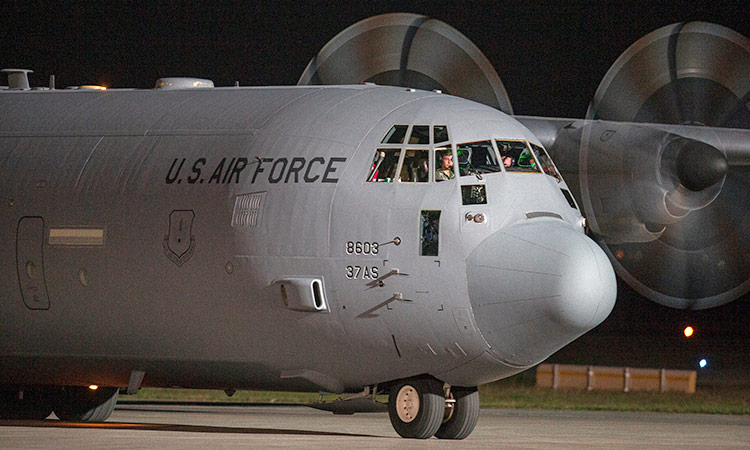 People fled after the blasts, the witness said.

US President Joe Biden was briefed on the rocket attack at the Hamid Karzai Airport in Kabul on Monday and was informed that operations at the airport were not interrupted, the White House said in a statement.

As many as five rockets were fired at Kabul's international airport but were intercepted by a missile defense system, a U.S. official told Reuters earlier. 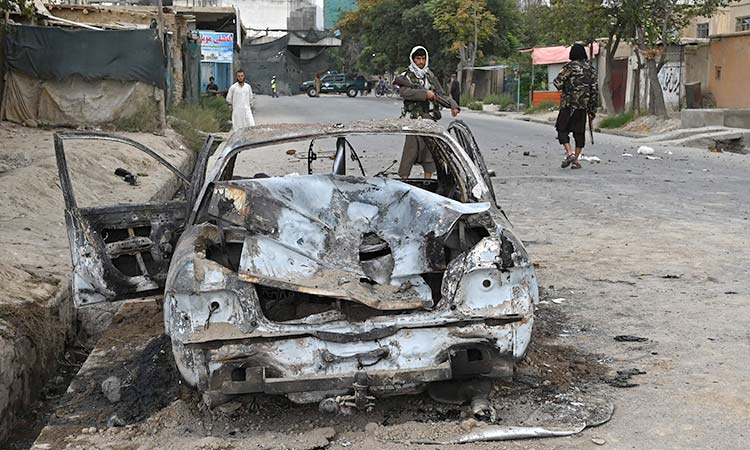 Taliban fighters stand guard near a damaged car after multiple rockets were fired in Kabul on Monday. AFP

US officials did not immediately respond to requests for comment. US military cargo planes continued their evacuations at the airport after the rocket fire.

"The president was informed that operations continue uninterrupted at HKIA, and has reconfirmed his order that commanders redouble their efforts to prioritize doing whatever is necessary to protect our forces on the ground,” the statement said, using an acronym for Kabul's airport. 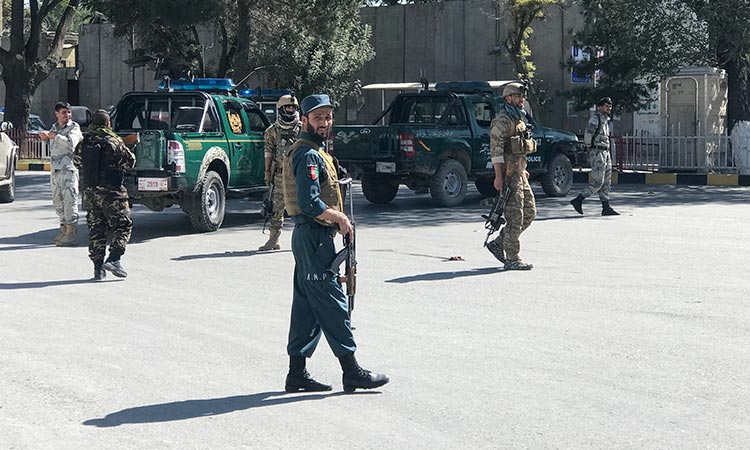