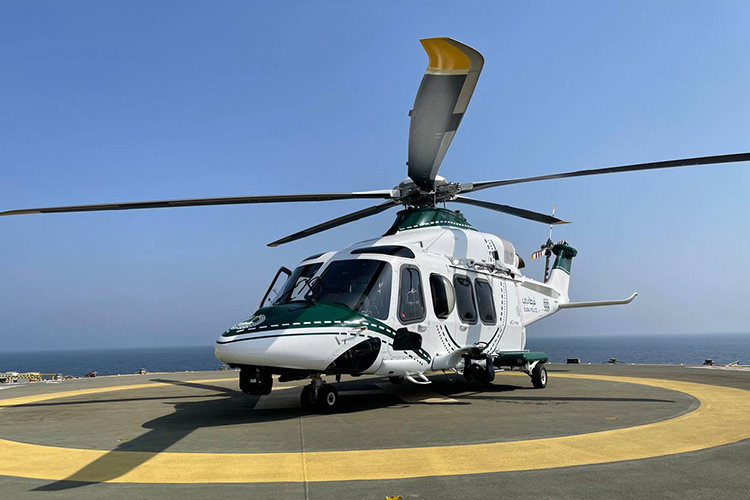 The injured worker is being airlifted to a hospital.

A worker in an offshore facility who suffered a serious head injury due to a fall in the workplace was rescued by the swift action of the Dubai Police Air Wing recently.

The Dubai Police Air Wing ensured the patient was urgently and safely transferred to Rashid Hospital for immediate treatment.

According to Flight Trainer Colonel Ali Al Muhairi, Director of Dubai Police Air Wing, the Command and Control Centre at

Dubai Police received an emergency call on a worker who had fallen on his head in an offshore facility, said flight Trainer Colonel Ali Al Muhairi, Director of Dubai Police Air Wing.

According to Ali Al Muhairi the worker’s condition required immediate medical intervention so a team of paramedics were immediately sent on board of Dubai Police’s helicopter.

The team provided the necessary first aid to the patient before airlifting him to Rashid Hospital.

He called upon members of the public to contact Dubai Police in emergencies by calling 999 or sending distress requests (SOS) via Dubai Police’s smart app. 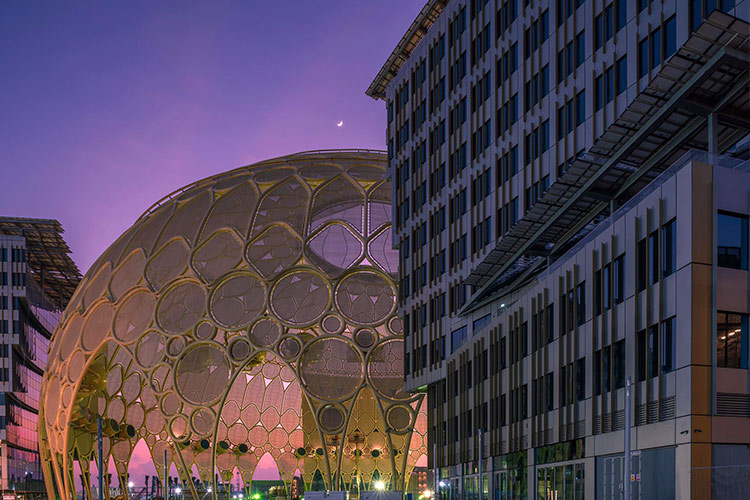 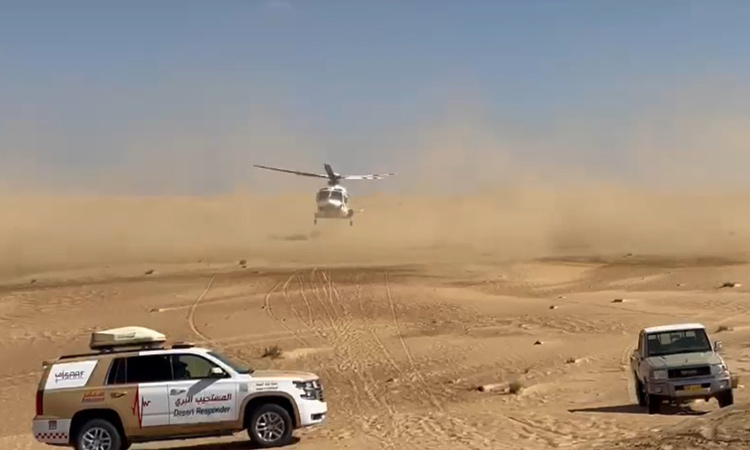 The air wing’s helicopter at the Dubai Police in cooperation with the Dubai Corporation for Ambulance Services transferred a seriously wounded German man to Rashid Hospital, after he had a motorcycle accident in a sandy area in Margham.