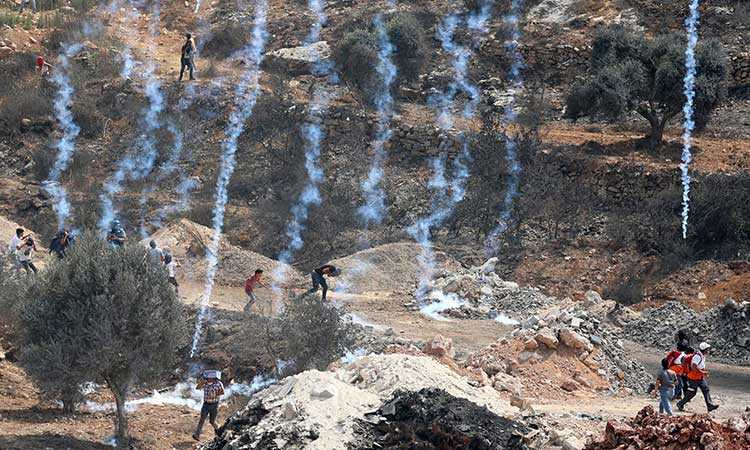 The Israeli air force attacked two sites in Gaza early on Sunday morning, after Gazans clashed with forces on the border and launched incendiary balloons at southern Israel.

According to reports hundreds of Hamas-backed activists launched what they said was the first in a series of nighttime protests along the Israeli border.

The Israeli army said in a statement, "IDF fighter jets struck a Hamas military compound used for manufacturing weapons and training as well as an entrance to a terror tunnel adjacent to Jabalia." 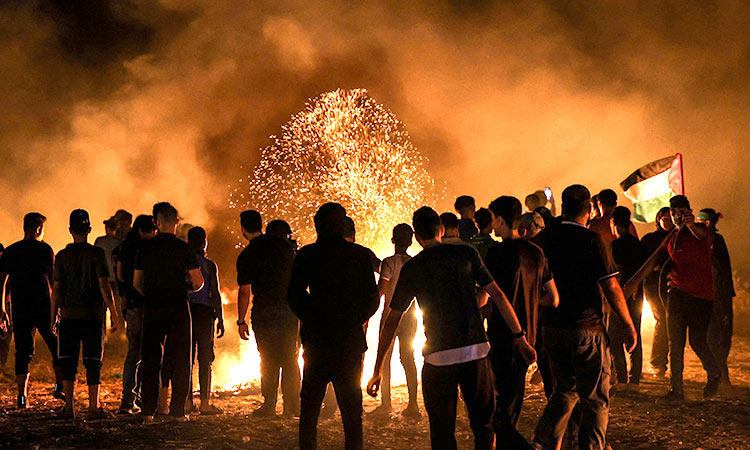 Palestinian protesters burn tyres following a demonstration along the border on Saturday. AFP

"The strikes were in response to Hamas launching incendiary balloons into Israeli territory and the violent riots that took place yesterday," it added.

Organisers said the gatherings, which are to continue throughout the week, were meant to step up pressure on Israel to ease a crippling economic blockade on the Gaza Strip.

"The occupation will not enjoy calm unless the siege on our beloved land is lifted,” said Abu Omar, a spokesman for the protesters.

There were no reports from Gaza of casualties caused by the Israeli strikes. 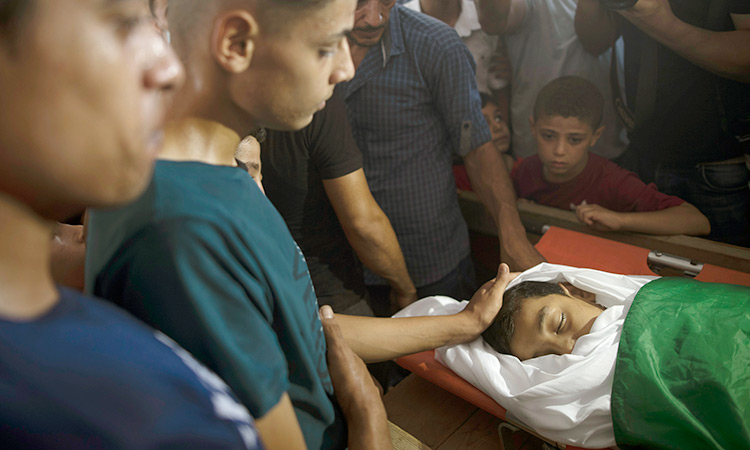 Relatives of Palestinian Omar Al Nile, 12, who was shot on Saturday, mourn over his body during his funeral. AP

Earlier, a 12-year-old Palestinian boy shot last week by Israeli soldiers during clashes along the border with Gaza has died of his injuries, the territory's health ministry said on Saturday.

Omar Hassan Abu Al Nile was hit during clashes last on Saturday on the sidelines of a demonstration near the border fence separating the Gaza Strip and the Jewish state, the official Palestinian news agency Wafa said.

He "succumbed to his injuries," Gaza's health ministry said in a statement.

Around 100 mourners attended his funeral in the afternoon.