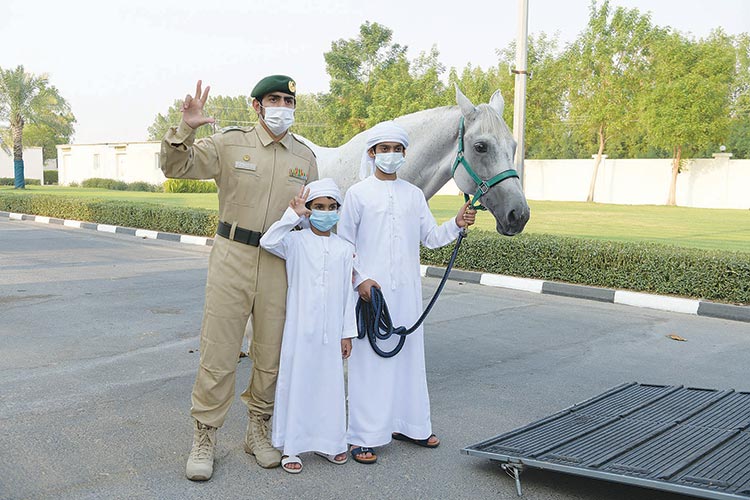 The Dubai Police fulfilled the wish of an 11-year-old child, Manea, to own a horse. The police presented the child with a mare named “Salil” from the stables of the Dubai Mounted Police.

“This initiative under the directives of Lieutenant-General Abdullah Khalifa Al Marri, Commander-in-Chief of Dubai Police, seeks to achieve happiness for the community, a major goal in our police work that we are keen to achieve with various tools and means,” Major General Mohammad Issa Al Adhab, Director of the Mount Police Station, said.

The child’s mother contacted the Dubai Police and informed them that her child loves horses and has a wish to have his own horse.

She said he is an outstanding student and has achieved good results.

In response to the mother’s call, the Dubai Police fulfilled her son’s wish.

They received him at the Mount Police Station, accompanied by his father and brothers and presented him with a mare.

The police transferred the mare’s ownership to the child’s name and handed it over to him.

Senior Lieutenant Ahmed Rashid Al Ka’abi, Mount Police Station, said, “We received Manea Ibrahim, his father and his brothers, and introduced them to the services provided by the station and the role of the mount teams in enhancing security and safety in various regions in Dubai.”

Ibrahim Ahmed expressed his happiness with the fulfilment of his son’s wish, conveying his thanks and appreciation for the response of the Dubai Police, stressing that the initiative brought joy and happiness to their family.

Recently, the Dubai Police, represented by Al Rashidiya Police Station, fulfilled the dream of a European child, who always wished to welcome the force at his home and to ride in one of Dubai Police’s world-famous luxury cars.

Ryan Noblet’s mother had contacted Al Rashidiya Police Station to express her son’s desire of riding in a luxurious police patrol across the emirate’s tourist attractions.

Brigadier Saeed Hamad Mohammad Bin Sulaiman, Director of Al Rashidiya Police Station, said that Dubai Police General Command, in cooperation with the Tourism Police Department, have made Ryan’s dream come true, and took him on a spin in a supercar police patrol across various areas in Dubai. 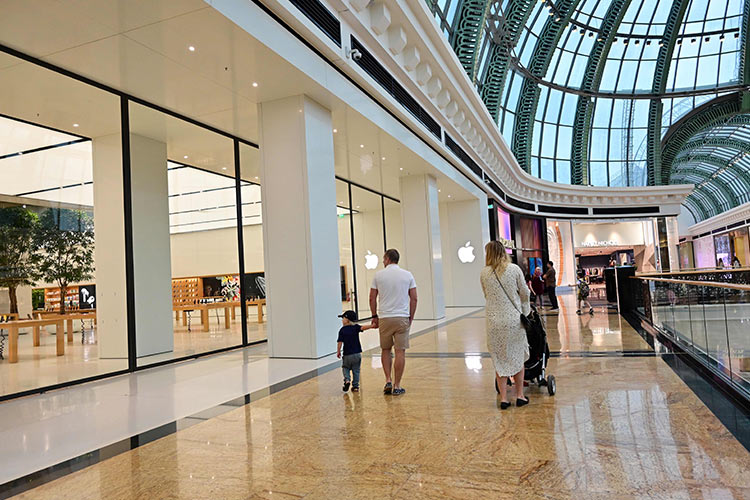 The management of the Mercato mall in Dubai has announced its Ramadan initiative to support UAE communities during the Holy Month of Ramadan. The initiative is in partnership with Dubai Police with the aim of helping the communities to meet the challenge of COVID-19 pandemic more effectively. 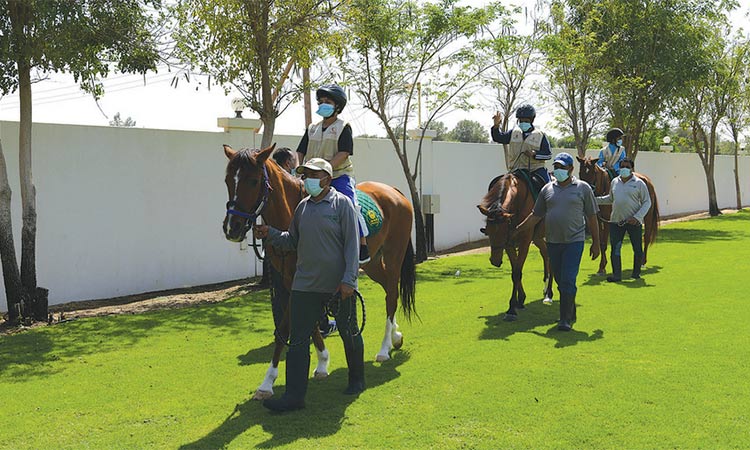 The orphans were introduced to the basics of horsemanship, and were provided a hands-on experience to work in different areas, from riding and grooming to horsey arts and playing with horses.

An evasive woman who conspired with her husband to swindle a female student’s vehicle has been handed a punishment following her arrest. The Arab woman and her husband –a compatriot salesman, 35, counterfeited documents including a dud cheque they used to purchase the vehicle from the Libyan student, 23, in March 2014. 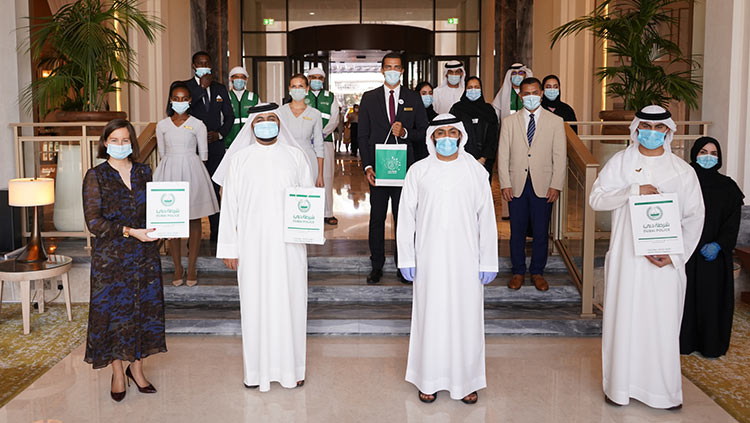 Launched on the 15th of June, the initiative also conveyed a message of appreciation to dedicated hospitality employees for they have been carrying out special preparations aimed at welcoming the emirate's visitors and tourists in the upcoming summer season.