India vaccinates more than 10 million in one day - GulfToday

India vaccinates more than 10 million in one day 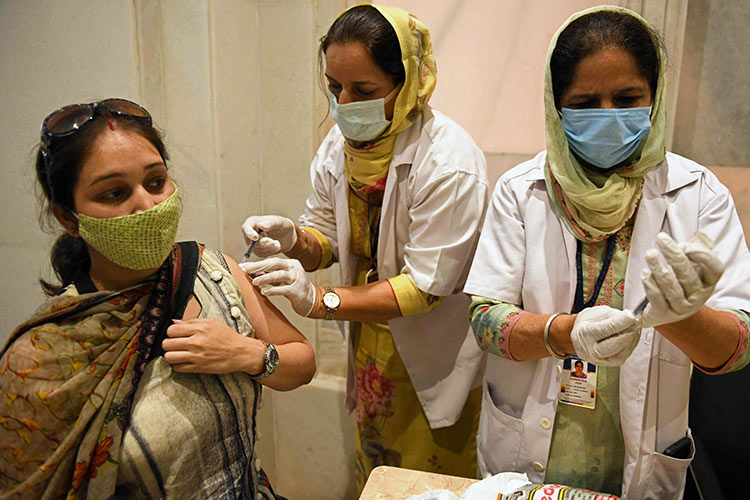 The ministry said the landmark was passed on Friday, beating the country's previous daily record of 9.2 million.

India on Friday, for the first time, administered more than 10 million Covid-19 jabs in a single day, under its nationwide mass vaccination drive against Covid-19.

Authorities said on Saturday that this is the highest-ever vaccination achieved in a single day since the start of the vaccination drive, as the South Asian giant bolsters its defences for a predicted new surge.

The health ministry said the landmark was passed on Friday, beating the country's previous daily record of 9.2 million.

In another significant achievement, India's Covid-19 vaccination coverage has crossed the 620,000,000 crore landmark and presently stands at 621,706,882, as per the provisional report of the Health Ministry. 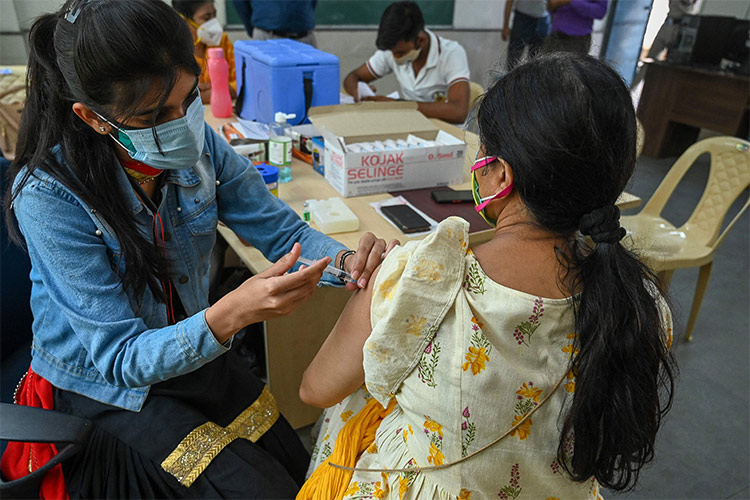 A woman gets a vaccine jab from a health worker.

Prime Minister Narendra Modi hailed the milestone as a "momentous feat" for the nation of 1.3 billion people.

"Kudos to those getting vaccinated and those making the vaccination drive a success," he said on Twitter.

Health Minister Mansukh Mandaviya said: "Sabka Sath, Sabka Vikas, Sabka Vishwas and Sabka Prayas — This is the same effort by which the country has crossed the figure of more than 10 million vaccines in a day. The tireless work of health workers and PM Modi's determination to #SabkoVaccineMuftVaccine is paying off."

India's daily infection count has dropped dramatically since the devastating surge in April-May which overwhelmed its creaking health infrastructure.

Almost all restrictions on movement and activity have been lifted even though experts have warned of a new wave hitting as early as next month as the festival season starts.

In a separate development, India has also crossed the landmark milestone of administering at least one dose of Covid vaccine to 50 per cent of its adult population.