Jawaher globally revered as an advocate for refugee children - GulfToday

Jawaher globally revered as an advocate for refugee children 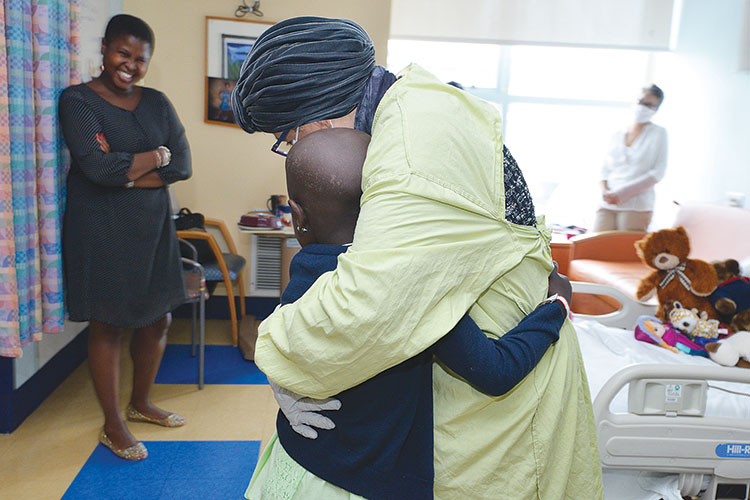 Her Highness Sheikha Jawaher Bint Mohammed Al Qasimi, Wife of the Sharjah Ruler, Chairperson of The Big Heart Foundation (TBHF), and Eminent Advocate for Refugee Children at UNHCR, has highlighted that the refugee crisis is the most pressing humanitarian issue, and has the worst impact on displaced children left vulnerable to the harsh circumstances of life in asylum.

The statement came on the sidelines of a UNHCR officiating ceremony organised on Thursday (August 26) to reappoint Sheikha Jawaher as an Eminent Advocate. With this renewal of confidence, Her Highness Sheikha Jawaher completes a decade-long journey in this significant role which she took up in 2013 as the UNHCR’s first Eminent Advocate for Refugee Children to use her global position and influence to increase public awareness about refugees and the work of UNHCR, with a focus on children.

The virtual event, broadcast on Sharjah TV and all social media platforms of TBHF, was attended by Filippo Grandi, the UN High Commissioner for Refugees; Houssam Chahine, Chief of Private Sector Partnerships for MENA at UNHCR; global humanitarian leaders, as well as a group of refugees and internally displaced peoples who have received the support of Sheikha Jawaher.

Sheikha Jawaher addressed the gathering: “In many regions around the globe, people amongst us are searching for a homeland after they were forced to abandon their homes and livelihoods due to conflict. They are labelled refugees. Some of them have never understood the concept of homeland or what it means to belong. To date, nearly 79 million have been displaced for various reasons. Every one of them carries a story of displacement and alienation, with no end in sight for their misery. To change these realities, we need to identify the reasons for such displacement and work collaboratively on a global level to address them.”

Sheikha Jawaher added that the on-going COVID-19 pandemic has exacerbated the struggles of these vulnerable populations by hindering their access to essential services like healthcare, and requires concerted global efforts to overcome.

Sheikha Jawaher’s generosity has touched lives of one million refugees and IDPs worldwide.

Filippo Grandi noted that Sheikha Jawaher’s humanitarian leadership – be it in advancing the standards of global humanitarian action, advocating for the rights of the displaced, or ensuring the successful implementation of both vital emergency relief and long-term projects – her exemplary generosity and personal moral support have touched the lives of more than a million refugees and IDPs in more than 20 countries, especially women and children.

“Refugees around the world are facing enormous challenges, of the 80 million forcibly displaced people 85% are hosted in developing countries that are themselves struggling to meet the needs of their citizens, especially as we collectively battle COVID-19. In 2020 Sheikha Jawaher made invaluable contributions in the wake of three crises: the COVID-19 pandemic, the Beirut blast, and the floods in Sudan. I’m therefore most grateful that Her Highness has accepted the invitation to renew her Eminent Advocate title.”

A video highlighting the humanitarian journey of Sheikha Jawaher since she was named UNHCR Eminent Advocate for Refugee Children was played at the event, and featured glowing testimonials by notable officials, community figures and refugee beneficiaries who spoke about Sheikha Jawaher’s humanitarian vision and philanthropic contributions.

The video also showed the success of Sheikha Jawaher’s directives to rehabilitate schools and hospitals, and offer monetary support to families and women in Egypt; the rehabilitation of 12 schools and establishment of a community centre in Syria; and the psychological support offered to women in refugee camps in Turkey. 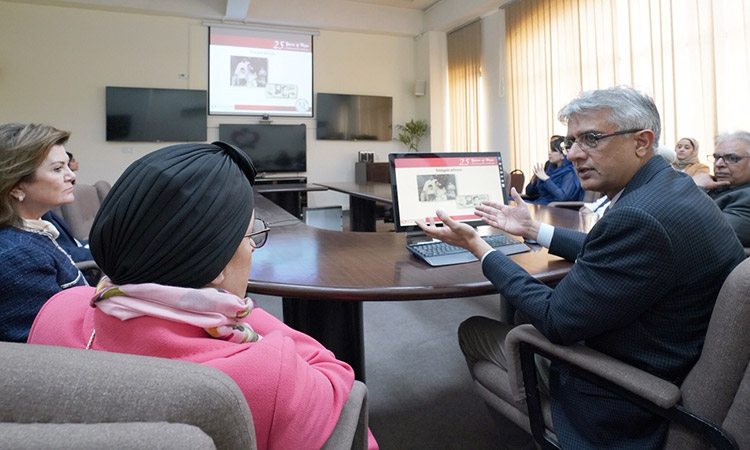 Around 2,500 cancer patients will benefit from access to a wide range of high-quality surgical treatment options at two fully equipped operating rooms fitted out with financial assistance from the Ameera Fund.