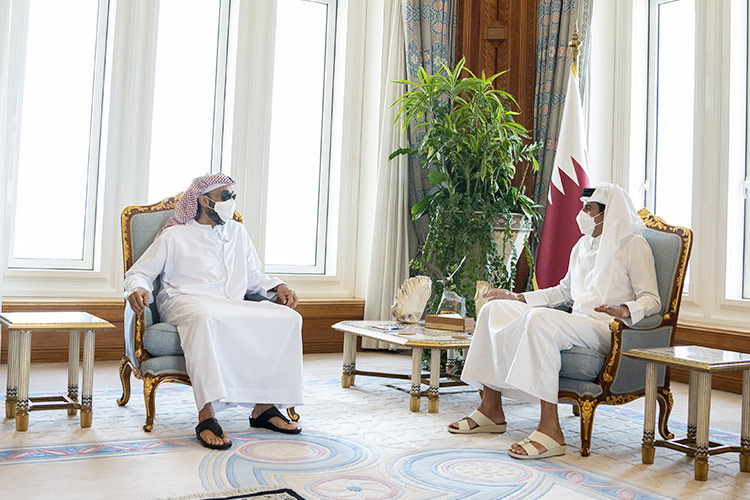 During the meeting, the two sides discussed bilateral relations and enhancing cooperation between the two countries, especially in the economic and trade fields, and vital investment projects that serve the process of construction, development and progress and achieve the common interests of the two countries.

First Qatar to Saudi flight takes off after thaw

While the Emir of the State of Qatar conveyed his greetings to the Vice President of the State, Sheikh Mohammed Bin Rashid, and Sheikh Mohamed Bin Zayed Al Nahyan, and his wishes for the UAE and its people further development and prosperity.

During the meeting, they exchanged views on a number of issues of common interest. 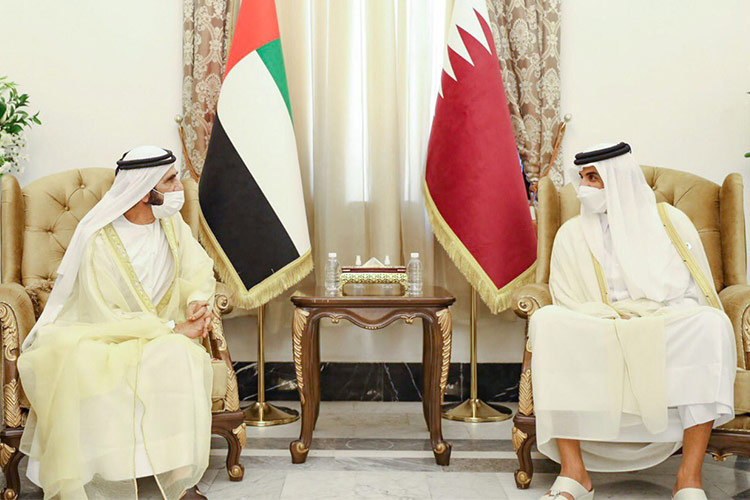