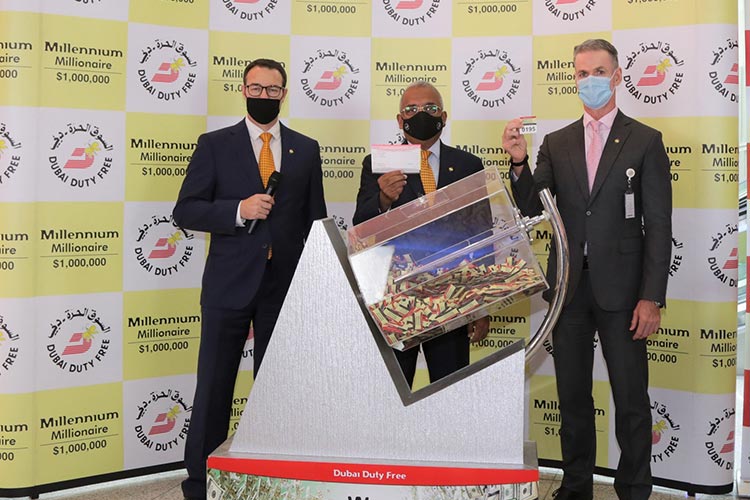 An American national was announced as the new $1 million winner in the Dubai Duty Free Millennium Millionaire promotion at the draw held in Concourse D at Dubai International Airport.

Michael Carfagno became a dollar millionaire when his ticket number 0195 in Millennium Millionaire Series 366, with which he purchased online onJuly  31, 2021, was drawn on Wednesday.

Carfagno is the eleventh American national to win $1 million since the start of the Millennium Millionaire promotion in 1999.

Given the time difference in the USA, he was unavailable for immediate comment, but will no doubt be surprised when he learns of his newfound fortune.

Following the Millennium Millionaire draw, a presentation to previous winner of $1 million in Series 365 took place. 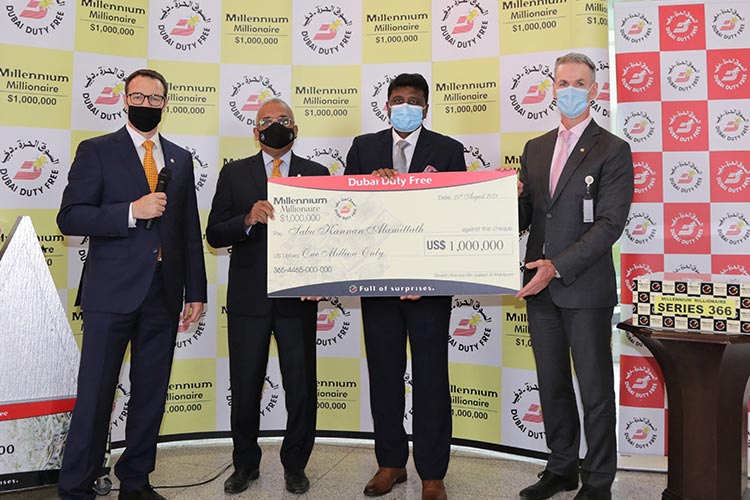 He was delighted as he was greeted warmly by the Dubai Duty Free team at Wednesday's presentation.

Upon receiving his ceremonial cheque, he commented, “I am humbled and delighted for this amazing win. Thank you so much Dubai Duty Free.”

Following the presentation, the Finest Surprise draw was conducted for two luxury vehicles. 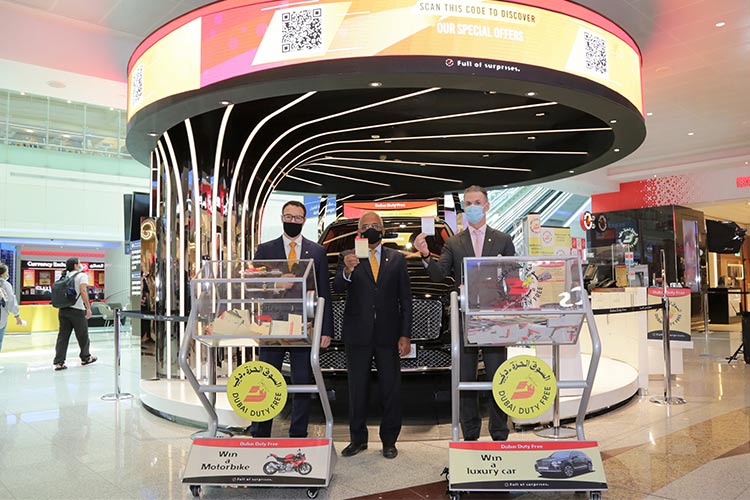 Born and raised in Abu Dhabi, Aslam who moved to the US in 1996, has been participating in Dubai Duty Free’s promotion for 12 years now.

The father of two boys who works in an IT company was delighted with the news that he won a car with the ticket number under his birthdate and commented.

“Thank you so much Dubai Duty Free. This is such as great news to hear when you wake up at this early hour. I’m speechless!”

A regular participant in Dubai Duty Free’s promotion since 2011, Antonio is a father of two girls and works as an accountant.

“I’ve been trusting this promotion for a very long time. I encourage everyone to try this and to never lose hope that they will win one day.  Thank you so much Dubai Duty Free!” he said.