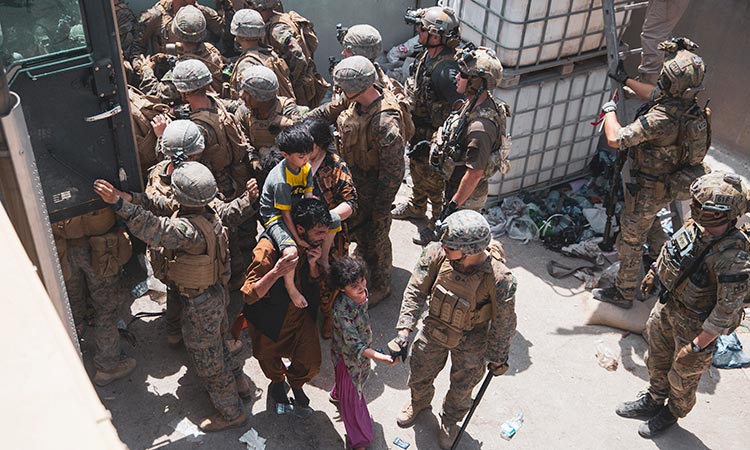 A firefight broke out between unidentified gunmen, Western security forces and Afghan guards at the North Gate of Kabul airport on Monday, according to a German military tweet.

Panicked Afghans have clamoured to board flights out of Kabul as on Sunday, Taliban fighters beat back crowds at the airport a day after seven civilians were killed in a crush at the gates as the deadline for the withdrawal of foreign troops approaches.

The German military said in a tweet that one Afghan security officer was killed and another three were wounded in the early morning incident. It said that US and German forces then also got involved, and that there were no injuries to German soldiers.

There was no further information and it wasn't known who the attackers were. The Taliban, who are manning the outside perimeters of the Kabul airport, have until now not opened fire on NATO or Afghan troops within. 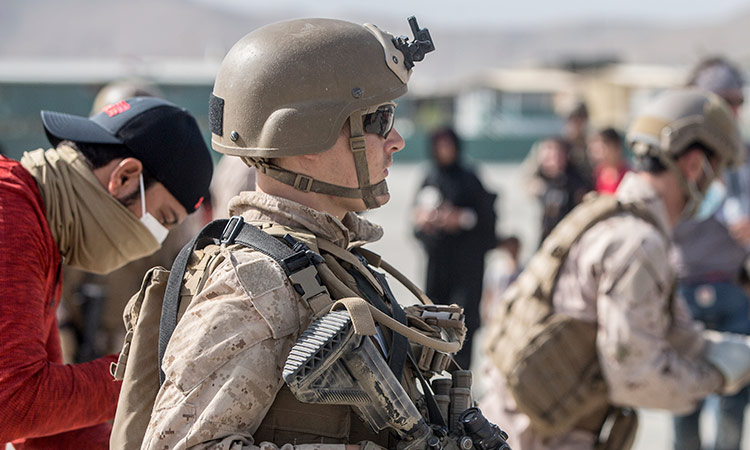 A Marine provides assistance during an evacuation at Hamid Karzai International Airport in Kabul, Afghanistan. AP

Meanwhile, Britain's armed forces minister, James Heappey, said British forces and nationals had not been involved in a firefight at Kabul's airport on Monday.

Heappey told BBC television that the clash occurred at an area of the airport where British forces were not located.

The Taliban seized power in Afghanistan just over a week ago as the United States and its allies withdrew troops after a 20-year war aimed at overthrowing the Taliban and hunting down Al Qaeda after the 9/11 attacks.

The airport has been a scene of chaos since the Taliban seized the Afghan capital on August 15 as US and international forces try to evacuate citizens and vulnerable Afghans.