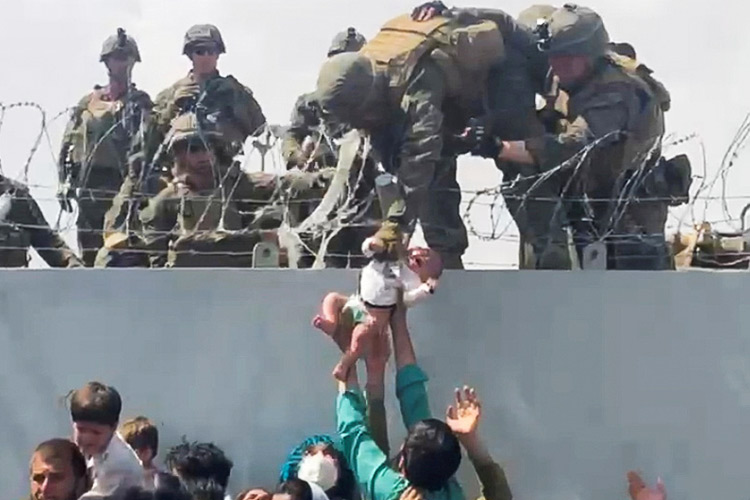 A baby is handed over to the US army over the perimeter wall of the airport for it to be evacuated, in Kabul. Reuters

A senior US official has revealed that a baby seen being passed over a wall at the Kabul airport has been reunited with the family.

Soldiers from the US Army look after children at Kabul Airport

Images of parents attempting to hand over their children to soldiers have become a defining picture of the chaotic end to the West's involvement in Afghanistan, Metro UK reported.

One video showed an American serviceman reaching over a barbed wire-fitted wall to grab a baby with one hand and haul it into the protected compound.

John Kirby, a spokesperson for the Pentagon, has now provided an update on what happened to the infant.

Addressing reporters, Kirby said: "The video you're talking about, the parents asked the marines to look after the baby because the baby was ill, so the marine you see reaching over the wall took it to a Norwegian hospital that's at the airport. They treated the child and returned the child to the father."

He said he was "only aware of the one incident" of US forces taking in Afghan babies and described it as "an act of compassion because there was concern about the baby".