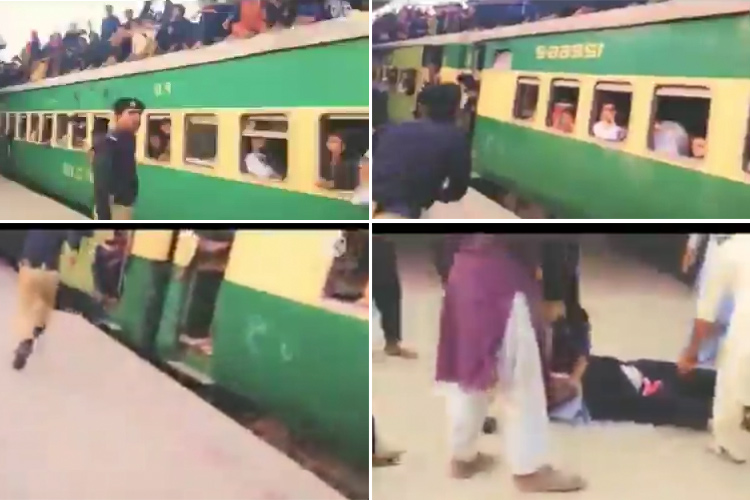 A combo image shows the policeman rescuing the man.

Prime Minister Imran Khan said on Friday that his government will honour police constable Jamal Kalhoro for his “dedication to duty” on Pakistan Day (March 23) after he saved a citizen from being crushed by a train.

Imran shared a verse from Holy Quran, which said: “If anyone saves a life, it shall be as though he had saved the lives of all mankind.”

Earlier, the prime minister has shared a video, lauding a young police officer’s efforts to help save a person from getting crushed to death by a train.

“This is where duty becomes sacred. Admiration for the commitment of the young policeman to serve the people,” Imran said in a Twitter post.

He shared a short video clip on Twitter, showing a young cop standing on a train platform, watching an overcrowded train as it starts off on its journey.

The police officer runs towards the edge of the platform, as a man falls off the moving train and is dangerously near to being crushed to death.

The cop manages to pull the person away from the train and onto the platform, saving his life. It isn’t clear where and when the incident took place in Pakistan.