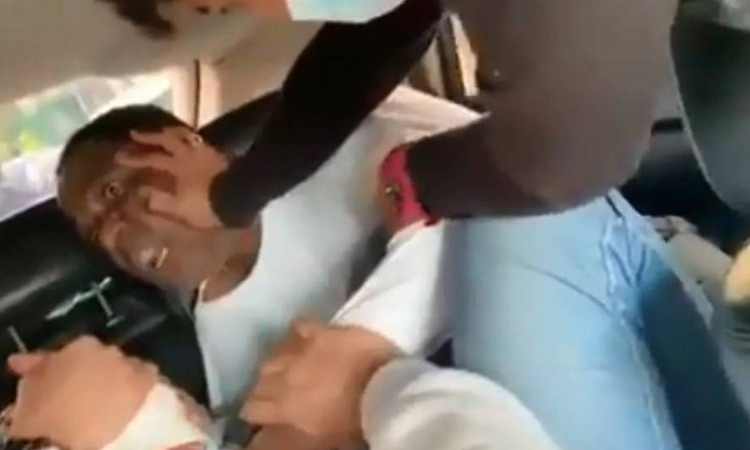 In the video clip, Ibrahim was heard screaming, “My neck, my neck,” with policemen pinning him down.

“I can’t breathe.” This is how Nigerian diplomat Abdul Rahman Ibrahim screamed in horror after the Indonesian police violently arrested him, sparking a diplomatic crisis between the two countries, according several media outlets.

The video of the arrest of the Nigerian diplomat, a consular commissioner of immigration officials in Indonesia, caused widespread anger in Nigeria, after he appeared in the video being detained in a car by the police, one of whose men tried to put his hand on the diplomat's head and pushed him back to his seat, while he was screaming in pain, crying out that he "could not breathe."

In the video clip, Ibrahim was heard screaming, “My neck, my neck,” with policemen pinning him down.

Nigeria condemned the incident, and sent a letter of protest to Jakarta, saying that the mistreatment of Ibrahim was in contravention of international law and the Vienna Conventions that govern diplomatic relations between countries.

It also summoned the Indonesian envoy in the country over the incident. He apologized on behalf of his government. Nigeria demanded that Indonesian immigration officials who were involved in the attack on the diplomat be punished. It also vowed to review bilateral relations with Indonesia.

Nigeria withdrew its ambassador from Jakarta, after it demanded a detailed report on the incident, while its Foreign Ministry confirmed that consultations are continuing.