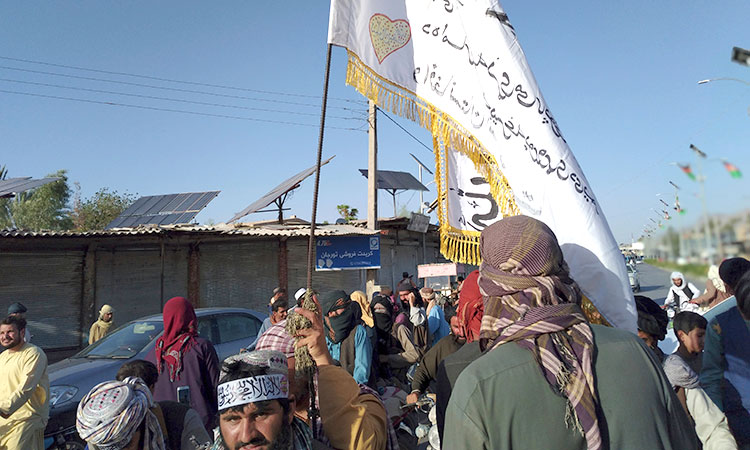 Taliban fighters are seen inside the city of Farah, capital of Farah province southwest of Kabul. AP

The Taliban seized three more provincial capitals in Afghanistan, officials said on Wednesday, putting nine of the nation's 34 in the insurgents' hands amid the US withdrawal from the country as tens of thousands of people fled their homes in the north for the relative safety of the capital and other centres.

An official confirmed on Wednesday that 200 kilometres (125 miles) from Kabul, Taliban fighters took control of another city in northern Afghanistan. 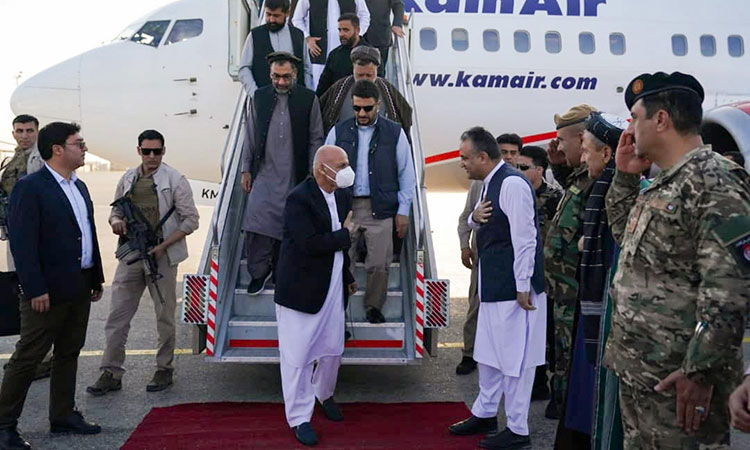 He said Taliban fighters had taken most of the province and laid siege to Faizabad before launching an offensive on Tuesday.

Although Ghani flew to the besieged northern city of Mazar-i-Sharif on Wednesday to rally his beleaguered forces, with Taliban fighters having now taken more than a quarter of the country's provincial capitals in less than a week. 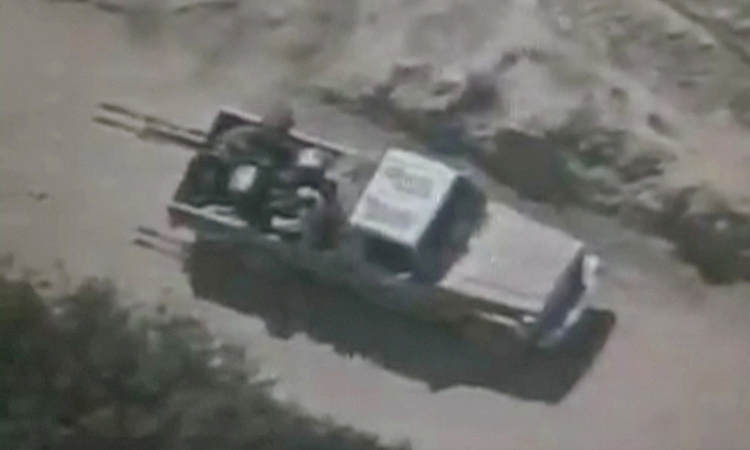 A still image shows what appear to be militants on a pickup truck with a gun in Afghanistan. Reuters

Ghani arrived in Mazar as the Taliban captured Faizabad overnight, making it the ninth city to be overrun since Friday.

He plans "to check the general security in the northern zone", according to a statement released by the palace. 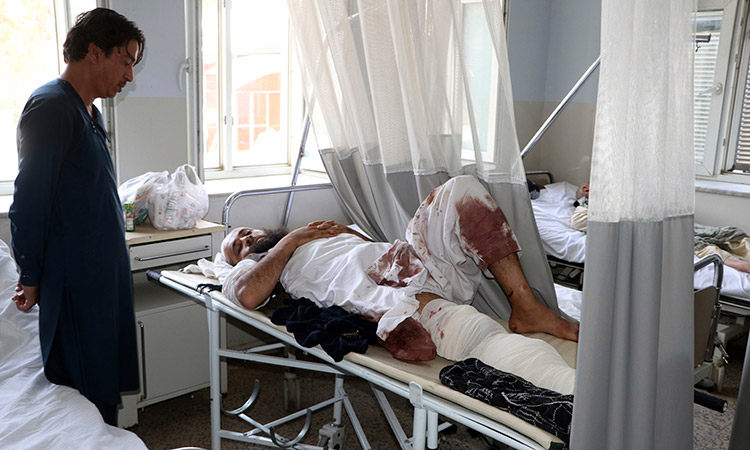 Afghans receive medical care after being injured in fighting between the Taliban and forces in Mazar-e-Sharif. AP

The loss of Mazar would be a catastrophic blow to the Kabul government and represent the complete collapse of its control over the north -- long a bastion of anti-Taliban militias.

Government officials have appealed for pressure on Pakistan to stop Taliban reinforcements and supplies flowing over the border. Pakistan denies backing the Taliban.

The government has withdrawn from hard-to-defend rural districts to focus on holding population centres. In some places, government forces have given up without a fight. 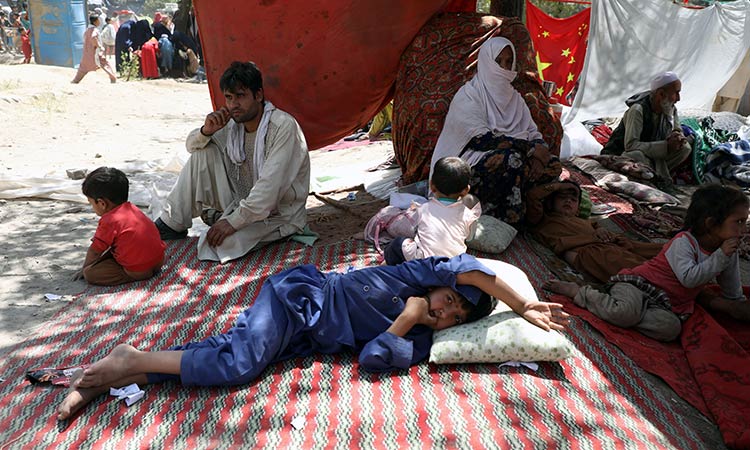 In Geneva on Tuesday, UN human rights chief Michelle Bachelet said reports of violations that could amount to war crimes and crimes against humanity were emerging, including "deeply disturbing reports" of the summary execution of surrendering government troops.

Six EU member states warned the bloc's executive against halting deportations of rejected Afghan asylum seekers arriving in Europe, fearing a possible replay of a 2015-16 crisis over the arrival of more than a million migrants, mainly from the Middle East.

Afghan government forces battled Taliban fighters in and around several cities on Thursday, officials said, as the militants pressed on with their offensive that US intelligence believes could see them take over the capital, Kabul, within 90 days.