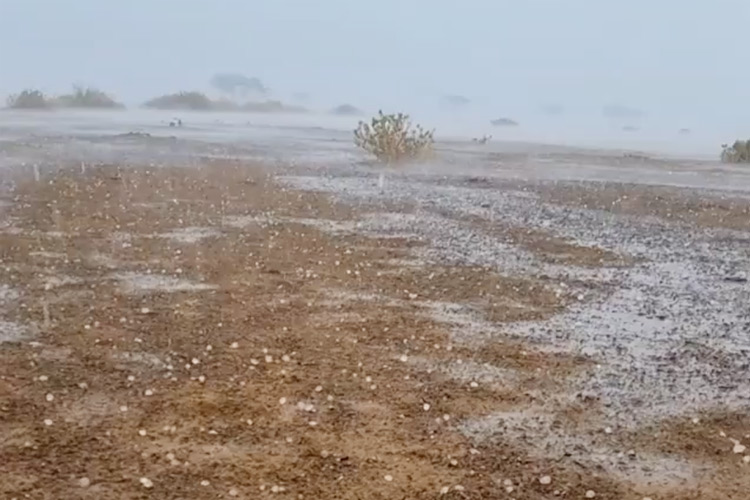 Hailstorm and rain witnessed in Sharjah.

Heavy rain and hailstorms were witnessed in several areas of the UAE on Monday.

Rain was witnessed on the Thawban and Al Heniya areas in the Fujairah. 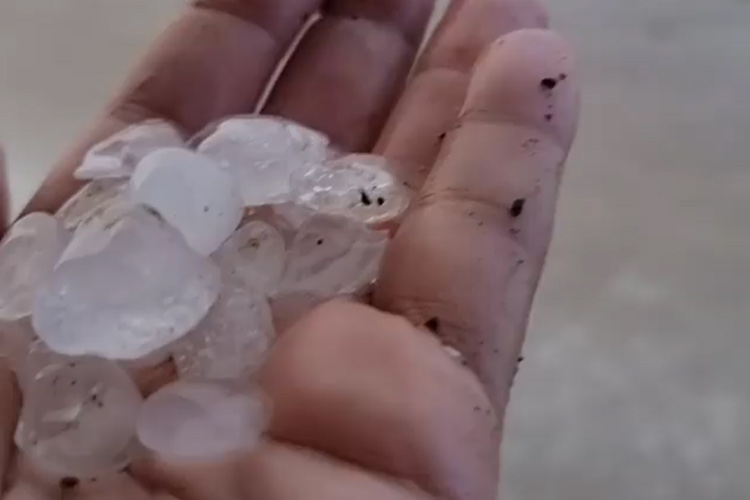 A man displays hails in Sharjah.

The National Centre of Meteorology (NCM) expected the Tuesday weather to be hot, clear and partially cloudy, with clouds formation on the mountains, in the east especially in the afternoon.

Winds according to the centre will be southeast turning to northern and northeastern. It is expected to be light to moderate sometimes active and dust stirring at day, at speeds ranging from 15 to 25 and amounting to 40 kilometres per hour.

The sea is expected to be light in the Arabian Gulf and in the Sea of the Oman.

The maximum temperature expected on Tuesday is 46°C in Abu Dhabi and Al Ain City. It will be 45°C in Dubai, Sharjah and 44°C in Fujairah, Umm Al Quwain and 43°C in Ajman and 42°C in Ras Al Khaimah. 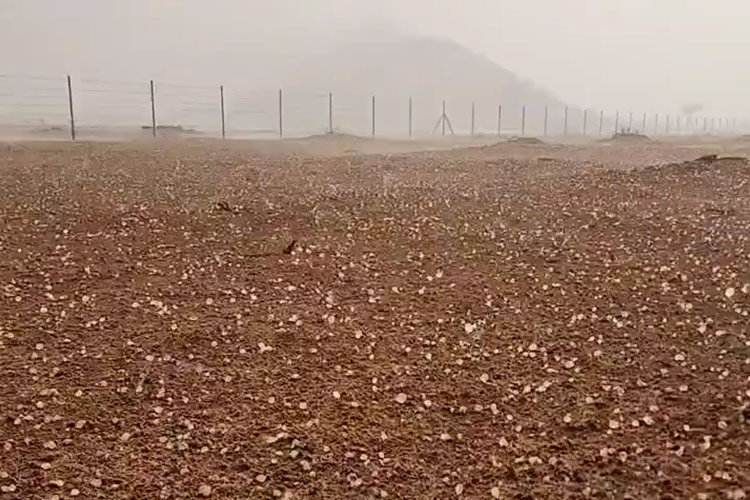 The weather body said the fog which lasted for 8 hours began forming from 12.00 midnight until 8am on Al Mirfa, Tarif, Madinat Zayed and Habshan in the Al Dhafra region, on Sweihan in Al Ain, besides a number of other regions.