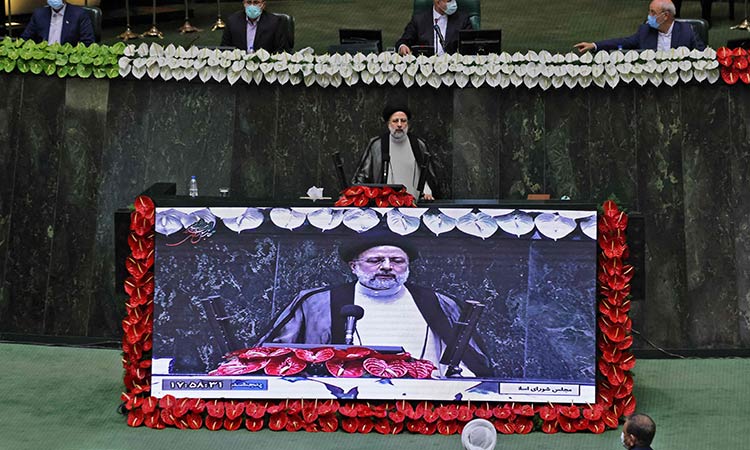 President Ebrahim Raisi speaks at his swearing in ceremony at the parliament in Tehran on Thursday. AFP

Sheikh Nahyan Bin Mubarak Al Nahyan, Minister of Tolerance and Coexistence, headed the UAE delegation to the Iranian capital, Tehran, to congratulate the elected Iranian President Ebrahim Raisi on assuming his position as President of the Islamic Republic of Iran.

Thursday's inauguration ceremony, scaled back because of the coronavirus pandemic ravaging the country, still drew leaders and dignitaries from around the world.

The presidents of Iraq and Afghanistan flew in for the occasion, along with Enrique Mora, the European Union official who has coordinated the recent nuclear negotiations in Vienna. Senior officials from Oman, Qatar, Kuwait, Venezuela and South Korea also attended. 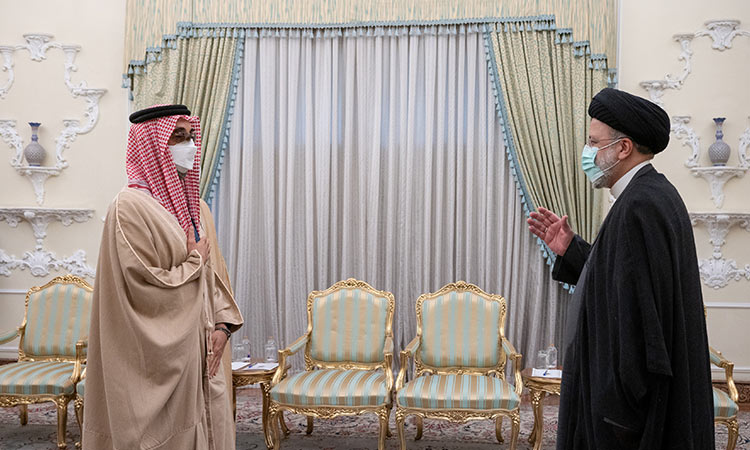 The UAE delegation received the invitation of Ali Shamkhani, secretary of Iran's Supreme National Security Council for the official visit.