'Like a bomb': Turkish farmers watch animals perish in flames 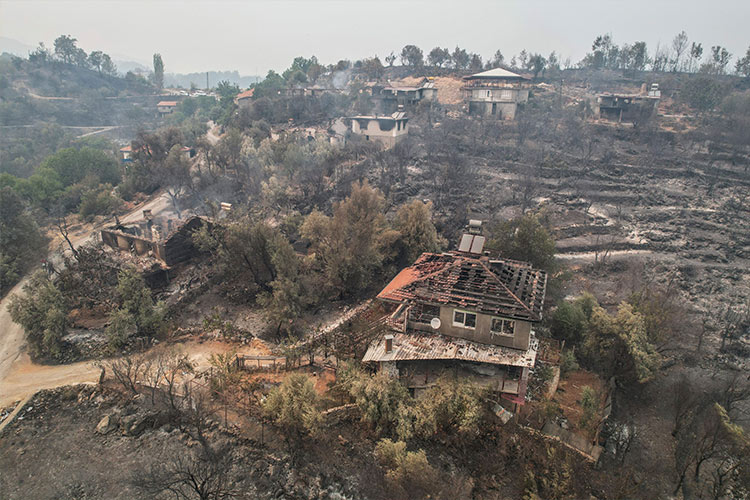 An aerial view of Semir village, near Manavgat, Antalya, Turkey.

Farmer Mevlut Tarim says the furious fire that burned his cow alive, killed eight people and scorched vast swathes of turkey was like an explosion.

"The fire happened in an instant," the 67-year-old told AFP after managing to pull and push some of his screaming animals through pitch-black smoke and patches of burning turf encircling his farm.

He said he, too, was lucky to be alive.

"One of my cows died. It burned," he recalled. "I had never seen anything like it. You can't even call it a fire. It was really like a bomb."

Roaring blazes encircled a Turkish thermal power plant Tuesday and forced farmers to herd panicked cattle toward the sea, as wildfires that have killed eight people raged for a seventh day.

The nation of 84 million has been transfixed in horror as the most destructive wildfires in generations erase pristine forests and rich farmland across swaths of turkey's Mediterranean and Aegean coasts. 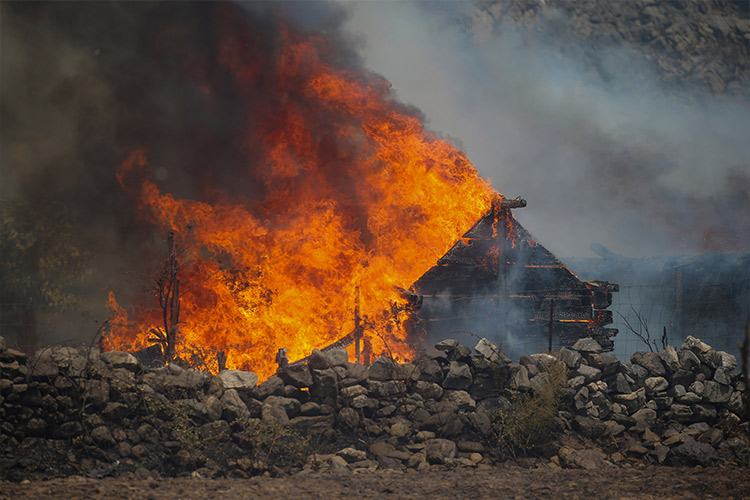 A fire engulfs a house in Cokertme village, near Bodrum, Mugla, Turkey.

Tourists have been forced to escape on boats for safety and dozens of villages have been evacuated as wild winds and soaring heat fan the flames.

Tarim's story is similar to those of other farmers as the deadliest and most destructive fires in generations rage across turkey's southern coast for a seventh day.

Thousands of farm animals have perished and huge chunks of lush forest coating the rolling hills have turned into skeletal sticks and ash. 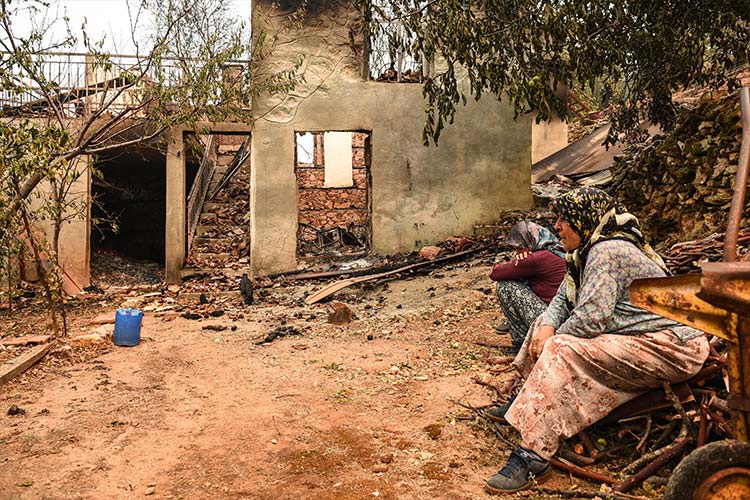 Gülsüm Gülçelik and her daughter cry in front of their house in Semir village.

The anguished farmers have been trying to direct their herds toward the relative safety of the Aegean and Mediterranean coasts.

But guiding the panicked animals is difficult and the winds whipping up the firestorms around them are unpredictable.

And the exhausted firefighters dumping seawater on the flames from helicopters and dousing the wreckage with hoses are not always able to arrive in time to help farmers such as Tarim. 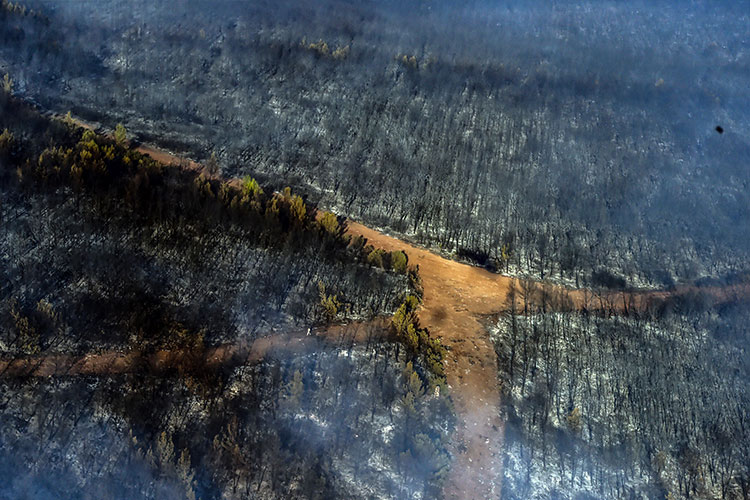 A photo taken from a helicopter shows a burning forest near the tourist resort of Marmaris, Mugla, Turkey.

Turkish social media have been filled with images of brave locals trying to put the fires out with everything from garden watering pitchers to tree branches.

As Turkish fire crews pressed ahead Tuesday with their weeklong battle against blazes tearing through forests and villages on the country's southern coast, President Recep Tayyip Erdogan’s government faced increased criticism over its apparent poor response and inadequate preparedness for large-scale wildfires.

Fed by strong winds and scorching temperatures, the fires have left eight people dead and forced thousands of residents and tourists to flee homes or vacation resorts in boats or convoys of cars and trucks.

Charred and blackened trees have replaced some of the pine-coated hills in Turkey’s Turquoise Coast while many villagers lost homes and livestock. 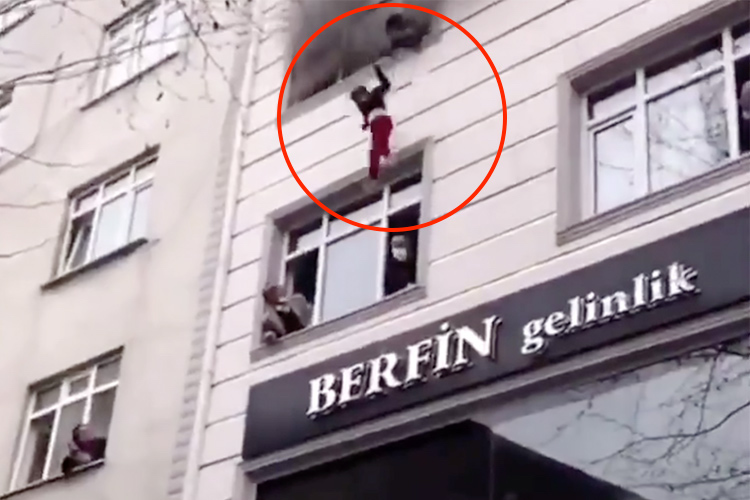 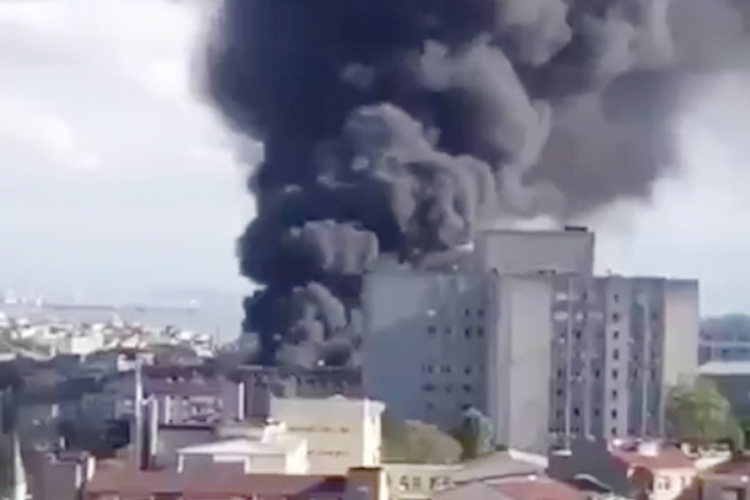 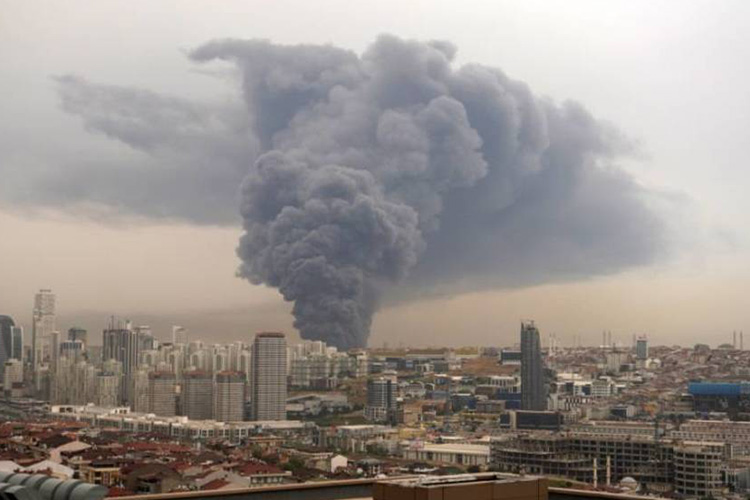