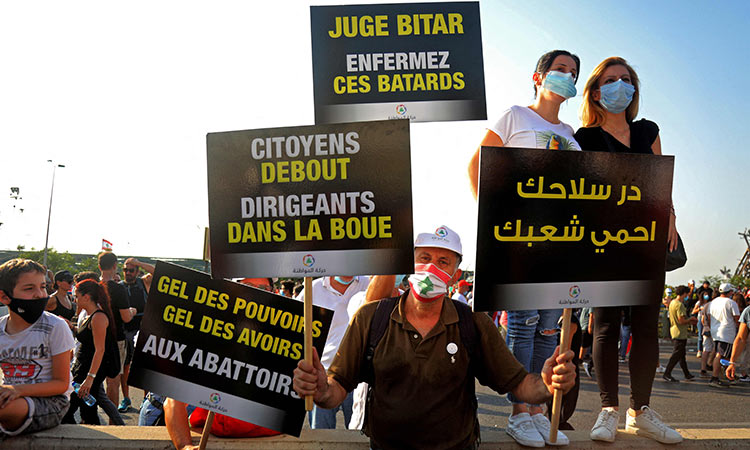 A demonstrator holds up a sign demanding accountability. AFP

Today, Aug.4, the Lebanese people commemorated the one-year anniversary of the Beirut port explosion, which killed more than two hundred people, destroyed neighbourhoods in the city and exacerbated an economic collapse that ravaged the country, calling for justice and criticising the lack of accountability for those responsible for the horrific explosion.

Simultaneously, donor countries are holding via video conference, at the invitation of France to raise $350 million for Lebanon.

The authorities attributed it to 2,750 tonnes of ammonium nitrate stored since 2014 at Crossing No. 12 in the port.

The explosion killed at least 214 people, including employees in the port and members of a fire brigade who were trying to put out the fire. People were also killed by shared glasses in their homes, and others in their cars, roads, cafes, and shops. 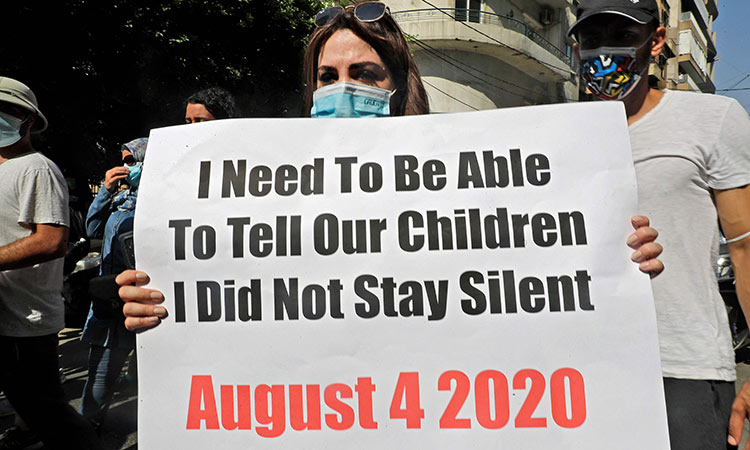 A demonstrator marches with a sign reading in English ‘I need to be able to tell our children I did not stay silent.’ AFP

Many families buried mere remains of their children. In a country that witnessed during the past twenty years assassinations and bombings, Lebanese are still waiting for answers for one of the largest non-nuclear explosions in the world.

On Wednesday, the authorities declared a day of mourning. But none of the officials organised any to event to commemorate the anniversary.

The families of the victims called for marches that start at 3:30 (12:30 GMT) in the direction of the port, where prayers were recited. 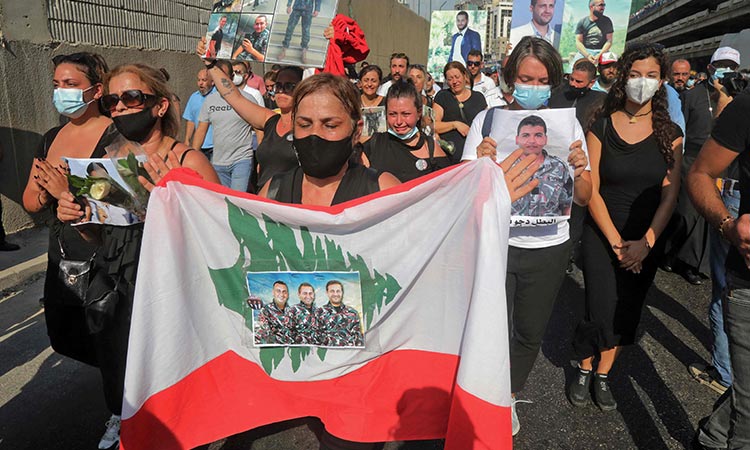 Relatives of the Beirut port blast victims arrive for a remembrance ceremony. AFP


Demonstrations called by opposition parties, groups, lawyers and doctors also started from several areas in Beirut, provided that they meet near the port before heading to Parliament.

During a press conference on Monday, the families of the victims set a 30-hour deadline for the officials to lift the immunities of officials summoned by the investigative judge, Tariq Bitar, to appear before the judiciary.

The father of one of the victims, Ibrahim Hoteit, said, "We were patient until our patience ran out... The fourth of August is the day of our pain. 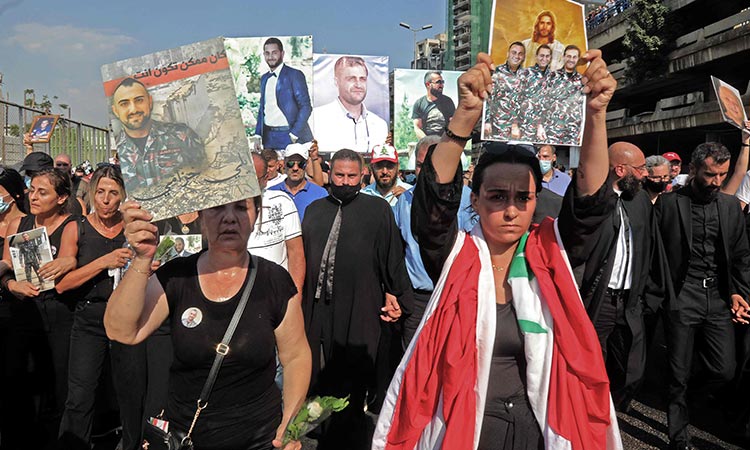 On social media and on television, users have been posting pictures for weeks with the slogan “Justice for the Victims of the Beirut Port Explosion,” or calls for mobilization to participate in gatherings and demonstrations, on Wednesday, with various slogans and hashtags #We want to be held accountable,” “We are all victims, They are all responsible. ” “Lift Immunities Now,” “We Will Not Forget.”

Judicial sources confirmed that the bulk of the investigation has ended.

However, political immunities and permissions today stand in the way of summoning deputies, former ministers, and heads of security and military agencies, who were found to have been aware of the dangers of storing huge amounts of ammonium nitrate in the port, and did nothing to get them out, for investigation.