‘Potential hijack’ of vessel reported in the Arabian Sea - GulfToday

‘Potential hijack’ of vessel reported in the Arabian Sea 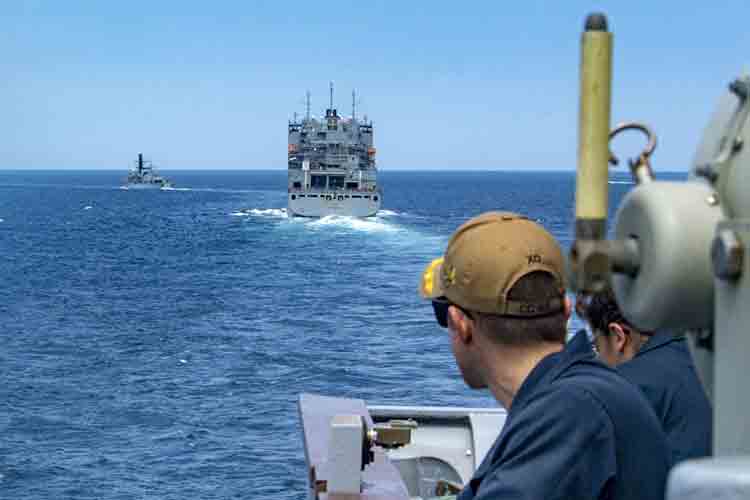 A fleet of US Navy cruisers transits the Strait of Hormuz. File AFP

A cargo vessel has been hijacked by possible gunmen in the waters of the Arabian Sea on Tuesday.

A UK maritime security agency reported a "potential hijack" on a vessel off the coast of the UAE.

It is noteworthy that the incident took place five days after an attack on a tanker. Two people were dead in the attack.

Media sources said that the Panama-flagged Asphalt Princess was targeted.

Initially the incident was treated as a "non-piracy" incident, but later things took a drastic turn.

A marine traffic website which tracks all cargo vessels said that it was an asphalt and bitumen tanker. 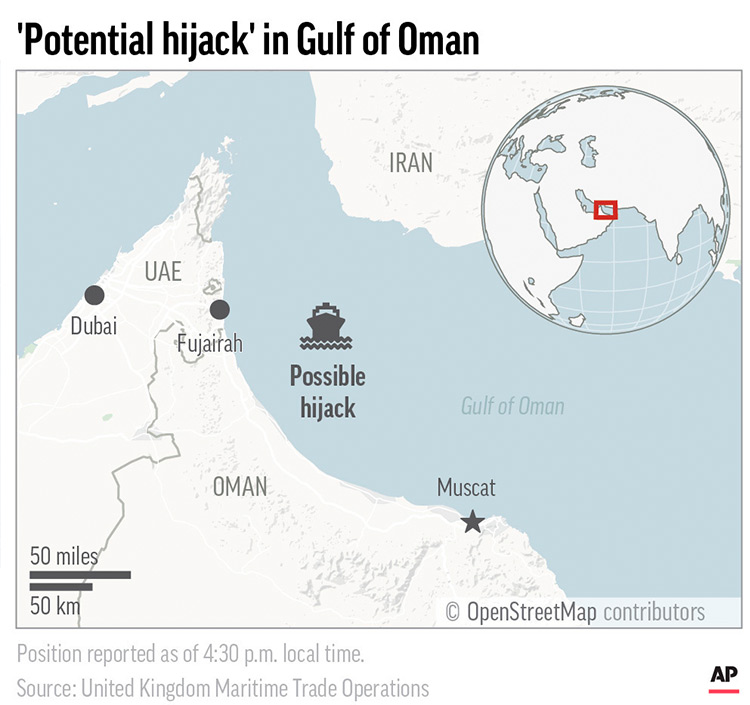 Industry sources that vessel was travelling to Sohar, a port on Oman.

The attack took place at the Strait of Hormuz.

The  Strait is considered one of the world's busiest waterways.

On July 30th, a marine tanker for oil derivatives called MV MERCER STREET, with the flag of the Republic of Liberia, was attacked outside Omani territorial waters.

The attack targeted the tanker just northeast of the Omani island of Masirah, over 300 kilometres southeast of Oman’s capital, Muscat.

The attack resulted in the death of two crew members.

The ship is reported linked to Israeli billionaire Eyal Ofer.