Pakistan declared cheapest country in the world to live in, says minister - GulfToday 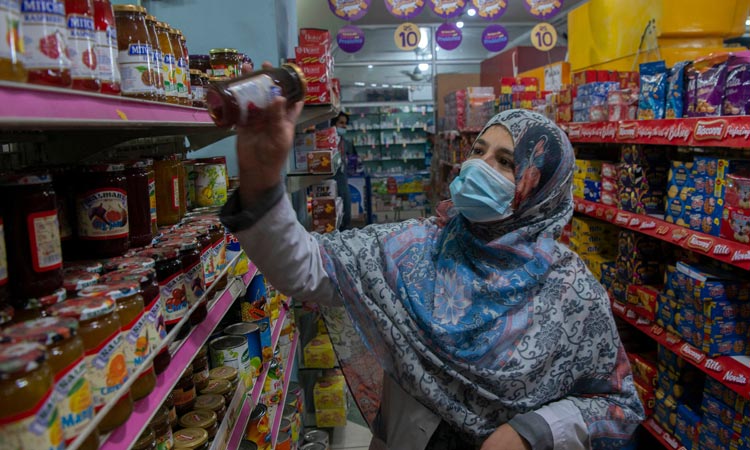 A woman shops at a supermarket in Islamabad. File

Minister of State for Information and Broadcasting Farrukh Habib on Sunday said that Pakistan has been ranked cheapest country in the world to live in by the World Population Review in its annual report about the "cost of living for countries in 2021.”

In a series of tweets, he said the report showed that the country’s cost of living was 18.58 with 225.19 million population, followed by Afghanistan and India where the cost of living was 24.51 and 25.14 with population of 39.835 million and 1.39 billion, respectively.

He said the most expensive countries to live in were Cayman Islands and Bermuda where the cost of living was 141.64 and 138.22, respectively. The cost of living in Switzerland was 122.67, while Norway had 104.49, he said. 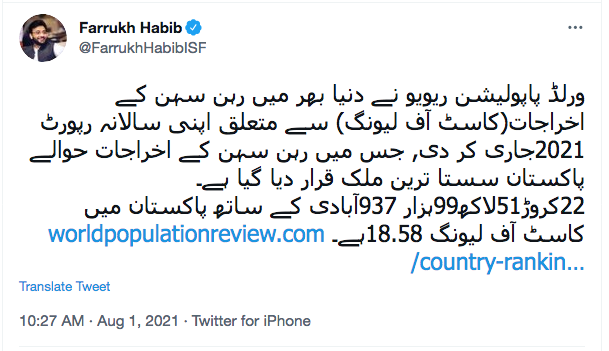 Several organisations have used statistics to determine the cheapest countries to live in. One of these companies is GoBankingRates and the company uses four metrics to determine which countries are the most affordable.

The metrics used include rent index, local purchasing power index, consumer price index, groceries index and information compiled is compared to the cost of living in New York City, one of the most expensive cities in the world. 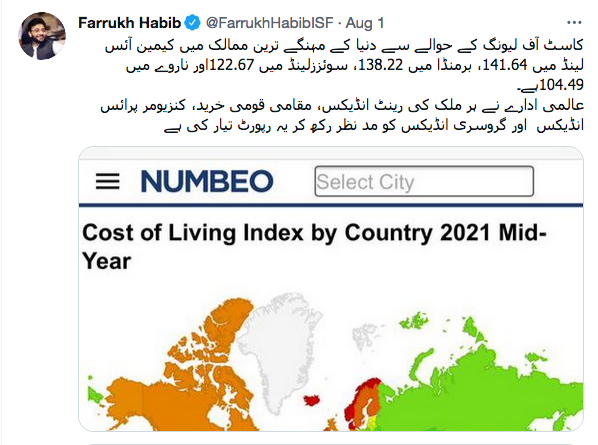 The index confirms the stability in prices of daily commodities in Pakistan making living as the most affordable and cheapest in the world.

Contrary to it, worldwide, the prices of daily commodities spiraled impacting the most thriving economies of the world amidst coronavirus pandemic which resulted in tumbling down of income per capita and steep rise in the daily inflation. 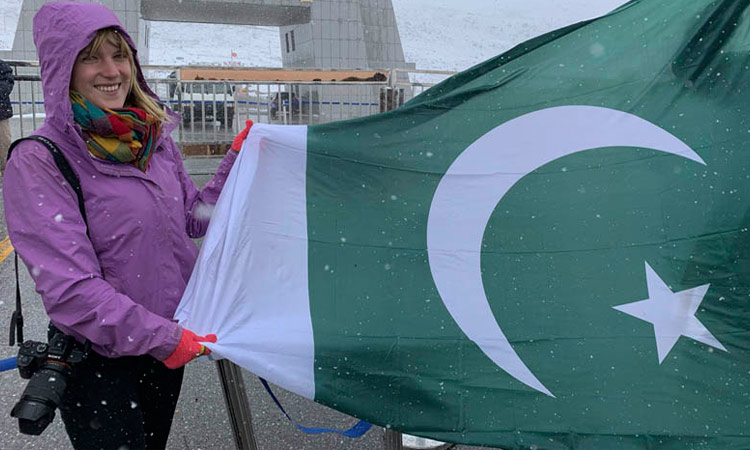