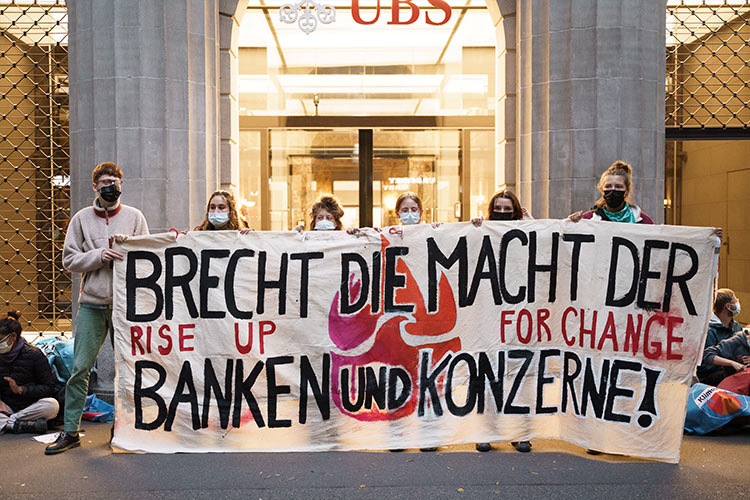 Climate activists of "Rise up for Change" block an entrance of UBS to protest.

Dozens of climate activists occupied the heart of Zurich's financial district on Monday to protest lenders' financing of fossil fuel projects that damage the environment.

The Blick newspaper showed pictures of activists crowded against the entrances to Credit Suisse and UBS in the Paradeplatz square in the Swiss financial hub. 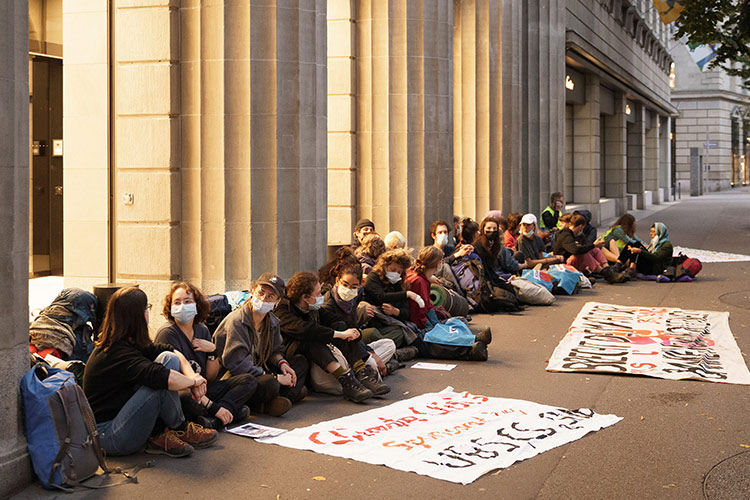 "Credit Suisse and UBS have so far not done anything but respond adequately to the climate crisis. That is why the climate justice movement is occupying the Credit Suisse headquarters and the nearby UBS office today to draw attention to the consequences of the Swiss financial institutions' inaction," Frida Kohlmann, spokesperson for the Rise Up for Change group, said in a statement.

Activists had staged a hoax outside Credit Suisse's headquarters last week, posing as representatives of the Swiss bank and announcing an end to its fossil fuel financing.