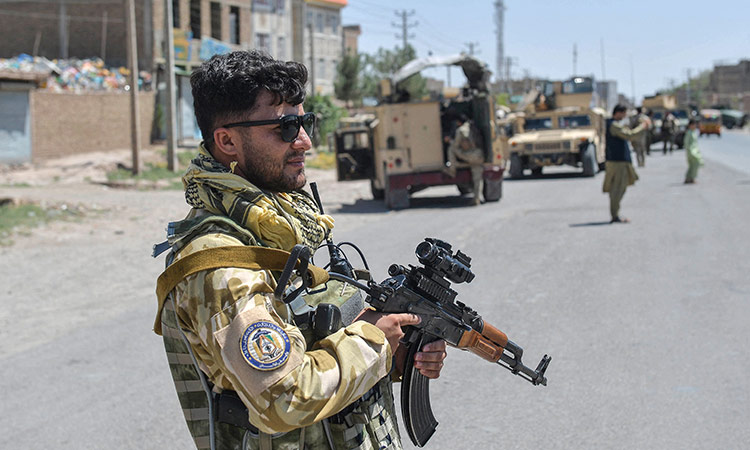 An Afghan National Army commando stands guard along the road in Enjil district of Herat province on Sunday. AFP

Afghanistan has deployed commandos to stop a first provincial city from falling to the Taliban. Afghan forces battled following weekend offensives from the insurgents on urban centres in a major escalation in fighting.

Residents said that hundreds of commandos were deployed to the western city of Herat while authorities in the southern city of Lashkar Gah called for more troops to rein in the assaults even as Afghan air strikes left scores dead on the streets. 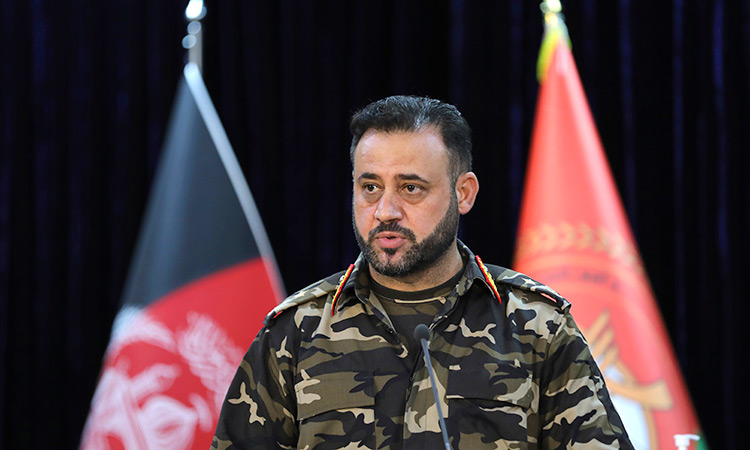 Fighting raged in Helmand's provincial capital Lashkar Gah, where the Taliban launched coordinated attacks on the city centre and its prison -- just hours after the government announced the deployment of hundreds of commandos to the area.

"Afghan forces on the ground and by air strikes repelled the attack," the military in Helmand said of the assault on Lashkar Gah.

Earlier, flights out of Kandahar, Afghanistan's second-largest city and the former stronghold of the insurgents, were suspended on Sunday after two rockets hit the runway before dawn.

The Taliban claimed the attack, saying government warplanes were "bombarding" their positions from the airport. 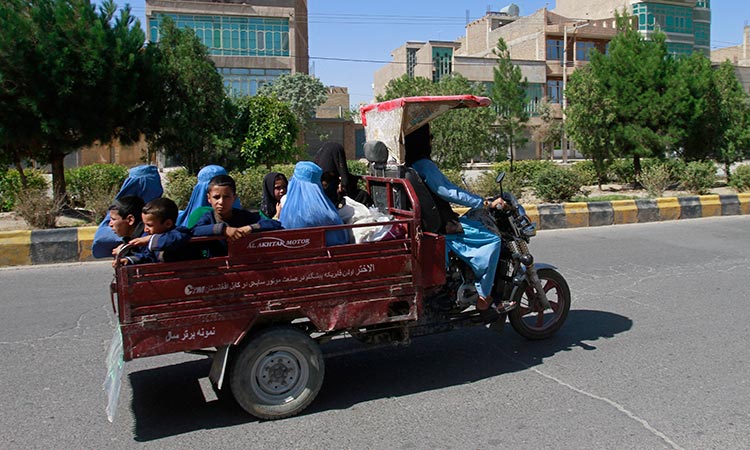 Afghan women and children travel in a motorcycle cart in Herat province, Afghanistan, on Sunday. AP

Fighting has intensified since early May, with the insurgents capitalising on the final stages of the withdrawal of US-led foreign forces after almost 20 years.

"The threat is high in these three provinces... but we are determined to repel their attacks," Afghan security forces spokesman Ajmal Omar Shinwari told reporters on Sunday, adding it was an "emergency situation".

The capture of any major urban centre by the Taliban would take their current offensive to another level and fuel concerns that the army is incapable of resisting the advances.

"If Afghan cities fall... the US decision to withdraw from Afghanistan will be remembered as one of the most notable strategic blunders in American foreign policy," Australia-based Afghanistan expert Nishank Motwani told the media.