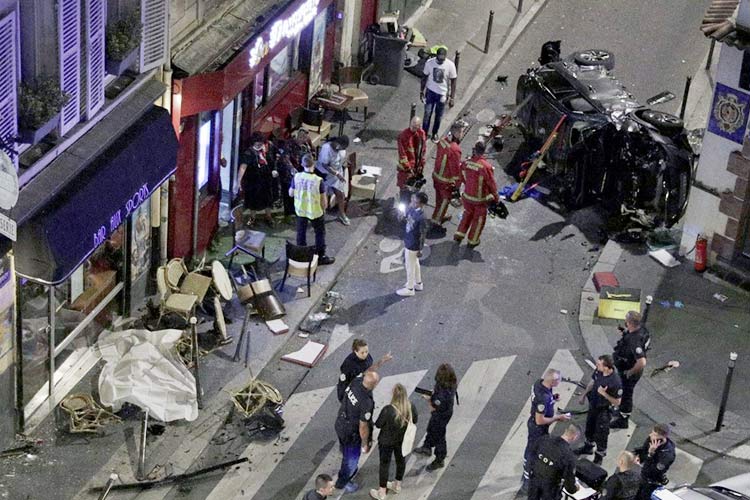 Firefighters work as French policemen stand guard a street at the crossing of Sauffroy and Guy Moquet streets, Paris. AFP

French police sealed off a street in Paris late on Thursday due to an incident, the local police said on Twitter after local media reported that a car had crashed into a Paris cafe terrace injuring several people.

The outlets cited the sources saying that the driver had fled the scene and the incident was most likely an accident.

Paris police on Twitter told people to stay away from the scene.