VIDEO: Boris, you can handle this! Prime Minister struggles to hold his umbrella in stormy weather - GulfToday

VIDEO: Boris, you can handle this! Prime Minister struggles to hold his umbrella in stormy weather 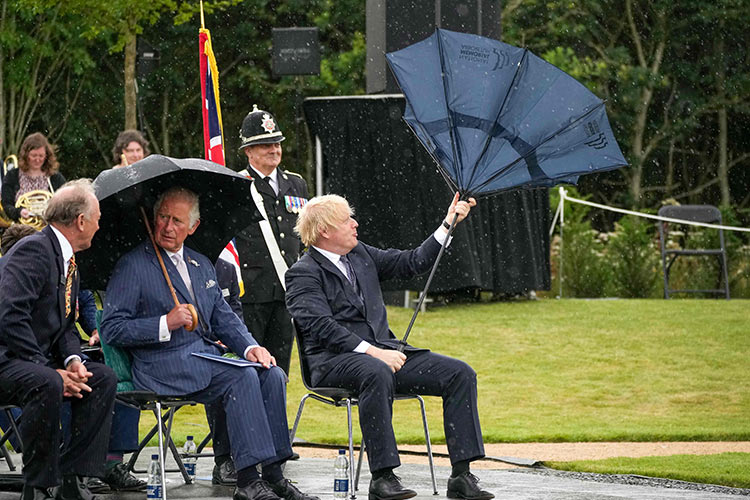 British Prime Minister Boris Johnson was embarrassed on Wednesday after he was seen wrestling with his umbrella to open during stormy weather while attending the opening of a police memorial in Staffordshire, England.

The funny incident occurred in the presence of a number of the royal family members, including Prince Charles.

Boris struggled to open the umbrella at first, but when it finally opened it was blown inside-out in the pouring rain. 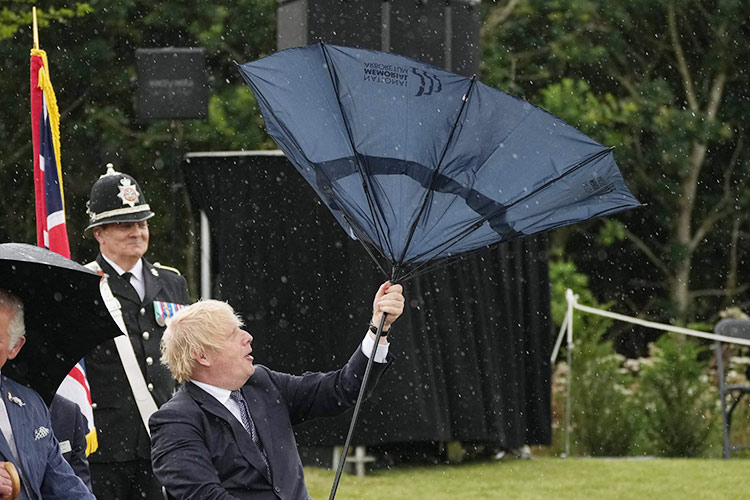 The scene immediately went viral with guests and royal family members laughing for a good 15 minutes.

The British prime minister finally found nothing but to hold on to his brolly from the top to prevent it from flipping again.

Social media users were quick to react to prime minister’s goof up.

TV presenter Alex Beresford said, “On the left is how to hold your umbrella in strong winds. On the right is our Prime Minister who has kindly offered to show you how not to hold it when a breeze picks up…”

Brenda Diggins wrote on Twitter, “Do love Boris, I’ve had the same problems with a brolly and at least he can laugh at himself.”

Hilary Tunnicliffe said, “This is another embarrassing incident of far too many. He is not representing me with this s**t show. It is a memorial event and he is surrounded by the bereaved. Not funny that you can't put an umbrella up.”

James said, “Everyone moaning that this is embarrassing has clearly never tried to hold an umbrella when its wet and windy.”

Well, as for now, lets just enjoy the moment and pay some respect for the memorial.