VIDEO: Two gangs of monkeys fight in the streets of Thailand, bring traffic to a standstill - GulfToday

VIDEO: Two gangs of monkeys fight in the streets of Thailand, bring traffic to a standstill 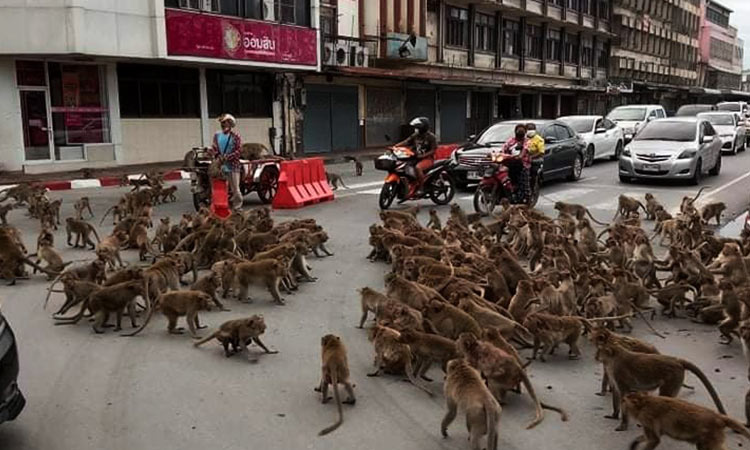 Two gangs of monkeys flight in the middle of the street.

In a scene similar to the movie, "Planet of the Apes," hundreds of rival gang monkeys were seen gathering in the middle of the streets of Thailand, fighting and hindering traffic.

Local media reported, “The few number of tourists who used to feed the monkeys made them rebels. Now there is no food due to the coronavirus so they are attacking people and fighting over food.”

A monkeys were fighting each other over food. Since the pandemic, few tourists visit the site. Therefore, very few were feeding the monkey, making them rebellious and fight for dominance.

According to a witness: “We heard them screaming, after they quickly spread out in the street, and started fighting.”

Residents of Thailand cities affirmed the monkeys become more ferocious, since the absence of tourists from the country, due to the coronavirus pandemic.

According to some, the monkeys invaded apartment buildings and forced the simple tenants to quit their homes and steal food and valuables.

In March 2020, hundreds of monkeys were seen scrimmaging over a single banana. This was again due to the reduction in numbers of tourists to Thailand since the outbreak of COVID-19.

The tourists were often feed the monkeys.

According to reports, the animals from Lopburi are part of two ‘rival gangs.’

The gangs are made up of monkeys that live in the city and those that are from the temple area.

The video showed hundreds of the monkeys crossing the road and going after a monkey that had a banana.

The monkeys are seen jumping on the banana and fighting each other over the food.

It was a shocking sight for everyone including the locals.

An onlooker recounted never seeing them that aggressive.

Lopburi is home to thousands of wild monkeys that roam the streets and buildings. Many live in the grounds of the city's ancient Buddhist tem 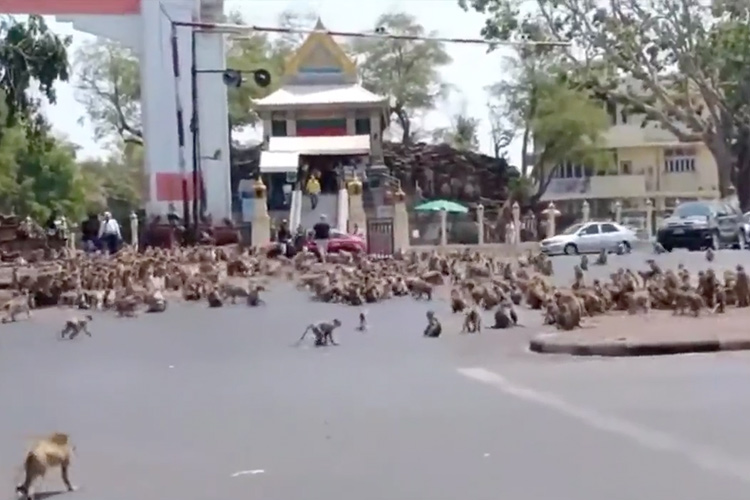 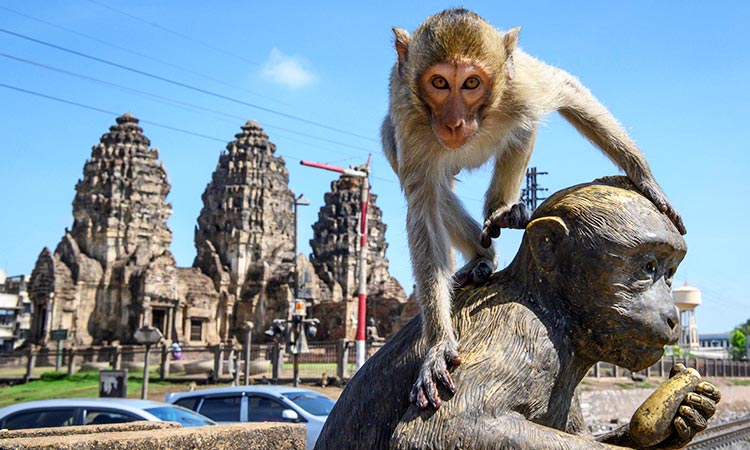