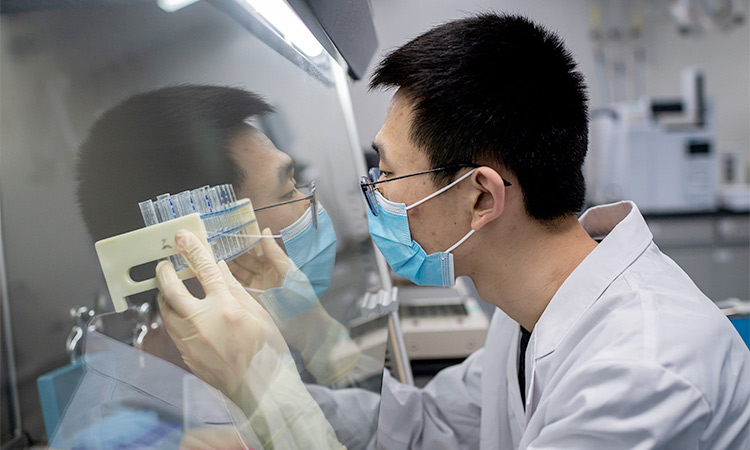 On Thursday, the daily count in Japan exceeded 10,000 for the first time, after the Tokyo metropolitan government reported a record-high 3,865 new infection cases in the capital.

The Japan Medical Association has demanded that the government share its sense of urgency to stem a rapid surge in coronavirus infections, Kyodo news agency reported on Thursday. The metropolitan government announced the record daily infections up from 3,177 a day earlier. 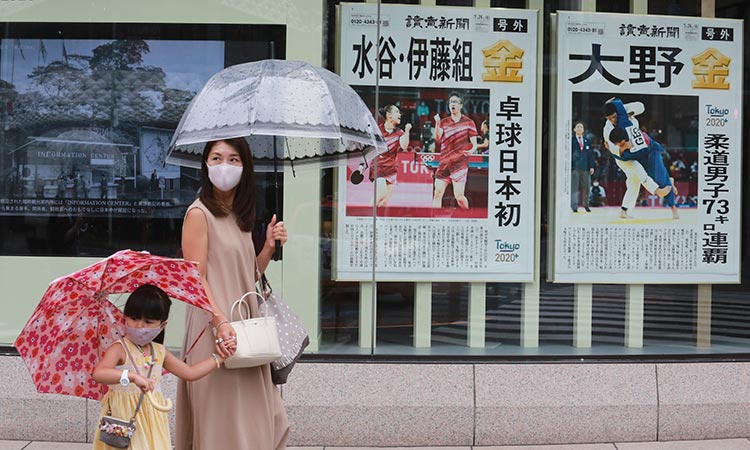 A mother and her child wearing protective covering walk in Tokyo on Tuesday. AP

Tokyo 2020 spokesperson said on Thursday that this week's spike in cases prompted the government's top medical adviser to urge a "stronger, clearer" message" about the growing risks from the pandemic, including to the increasingly strained medical system.

Games spokesperson Masa Takaya told reporters neither Games-related case was serious and that a third hospitalised person had already been discharged, declining to give details.

Competitors in the July 23-Aug. 8 Games and other attendees from around the world must follow strict rules to prevent any spread of the virus within the bubble or to the wider city. Spectators are banned from most venues.