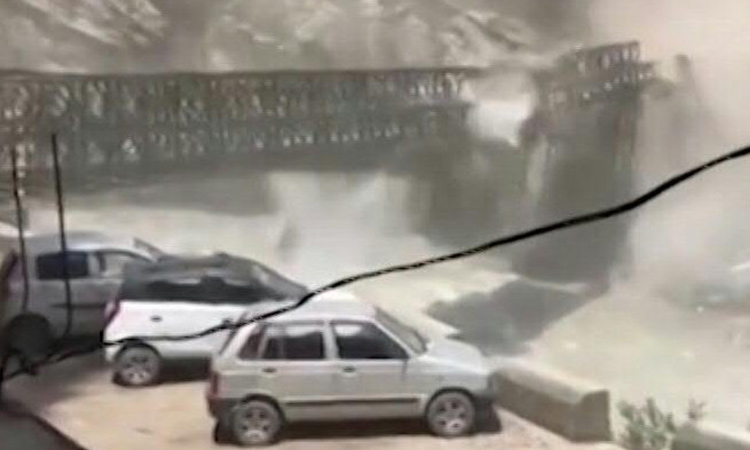 A video showing massive boulders sliding off the hilltop and damaging a bailey bridge in India’s state of Himachal Pradesh has gone viral.

According to officials nine tourists were killed in incident in Himachal Pradesh's Kinnaur district on Sunday.

The dead include three of a family hailing from Rajasthan's Sikar, and a woman from Jaipur.

About 50 vehicles were stranded on the road stretch.

According to the authorities all the tourists were on the way from Sangla to Chitkul when the boulders fell on their vehicle, killing all of them on the spot.

Another deceased Deepa Sharma, 34, of Jaipur, had posted her pictures a few hours before her sudden death.

Chief Minister of the state Jai Ram Thakur has directed local authorities to speed up the rescue work and provide relief to victims and their kin.

Prime Minister Narendra Modi also expressing grief over the incident and has announced an ex-gratia of Rs200,000 to the next of kin of the deceased and Rs50,000 to those injured.