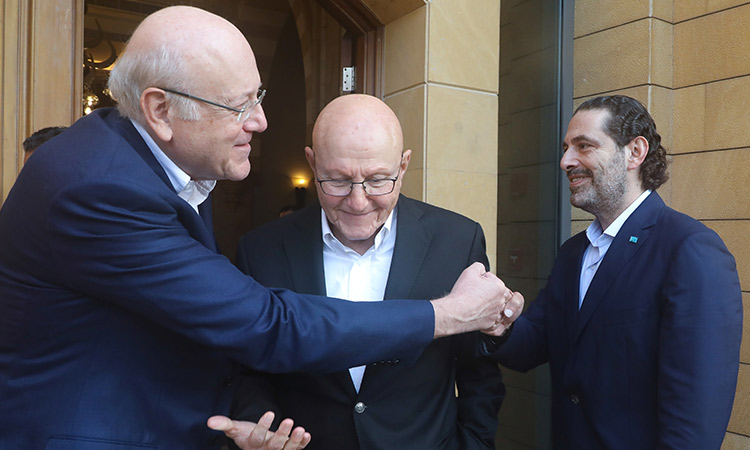 Saad Al Hariri and Najib Mikati greet each other in Beirut on Monday. Reuters

Prime Minister Hassan Diab, whose cabinet quit in August last year following the Beirut deadly blast, has continued in a caretaker capacity until the new government is formed.

Mikati served as prime minister twice, and unlike many Lebanese leaders does not hail from a political party or dynasty, did not give any statement after the meeting with president. 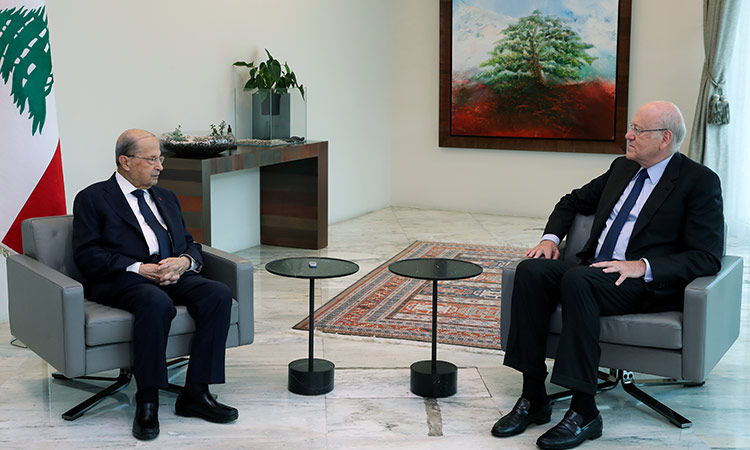 Like the previous nominee, Saad Al Hariri, he faces major challenges in navigating Lebanon's power-sharing structure to secure agreement on a cabinet to tackle a crippling financial crisis.

While Lebanon has been run by a caretaker administration for nearly a year, since a huge blast devastated large parts of Beirut, its currency has collapsed, jobs have vanished and banks have frozen accounts.

The economic freefall is Lebanon's worst crisis since the 1975-90 civil war. A senior political source said on Sunday that Hizbollah was set to nominate Mikati, and that most of the main parliamentary blocs supported the nomination. 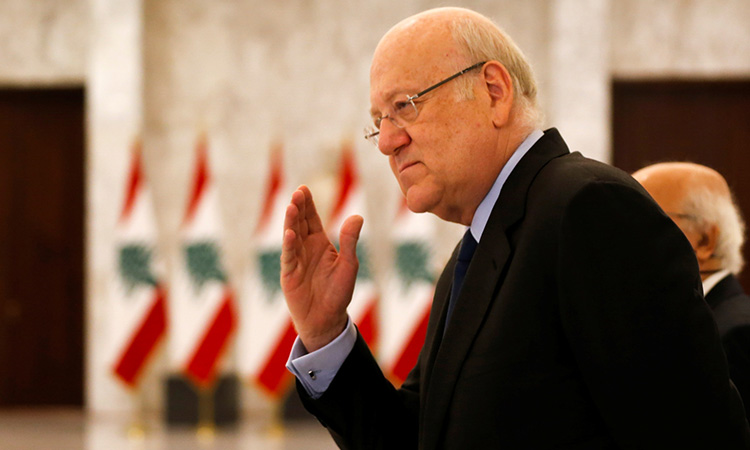 Najib Mikati gestures at the presidential palace in Beirut. Reuters

Among Mikati's endorsers was Hariri, who abandoned his effort to form a new government last week after nearly 10 months of failing to agree its makeup with Aoun.

Hariri told reporters after meeting Aoun that he hoped Mikati would be chosen and succeed in forming a cabinet. "The country has a chance today," he said. 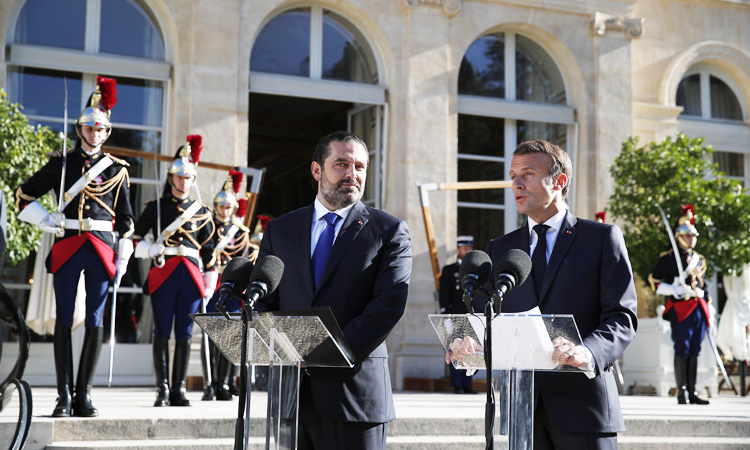