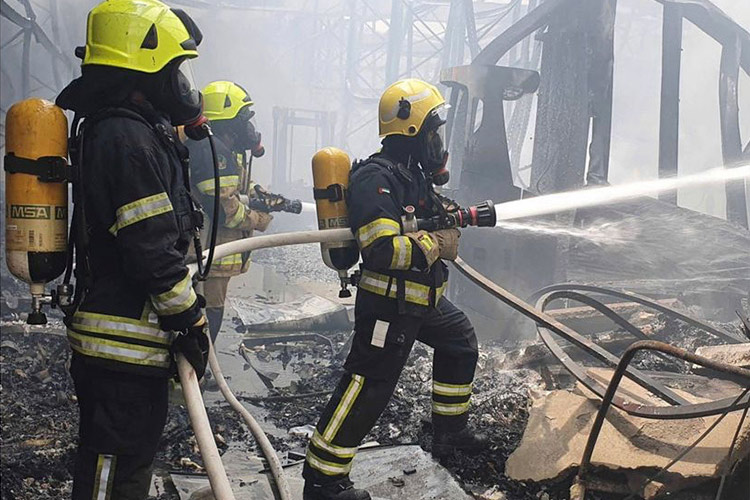 The Civil Defense squads in Abu Dhabi put out a fire that broke out in a warehouse for building materials and electrical tools in Mussafah Industrial Area on Sunday morning.

Civil Defence teams immediately moved to the scene, where they controlled the fire.

They succeeded in preventing the flames from spreading to neighbouring warehouses.

No casualties were reported, the Civil Defence confirmed.

The operations room was alerted about the fire on Sunday morning, and instantly the firefighting and ambulance teams were dispatched to its location, where the fire was brought under control followed by the cooling operations.

The Abu Dhabi Civil Defence General Directorate stresses the need to adhere to the prevention and safety requirements and to make sure that fire extinguishing equipment work efficiently.

It also indicated that investigations are still underway to find out the circumstances and causes of the accident.