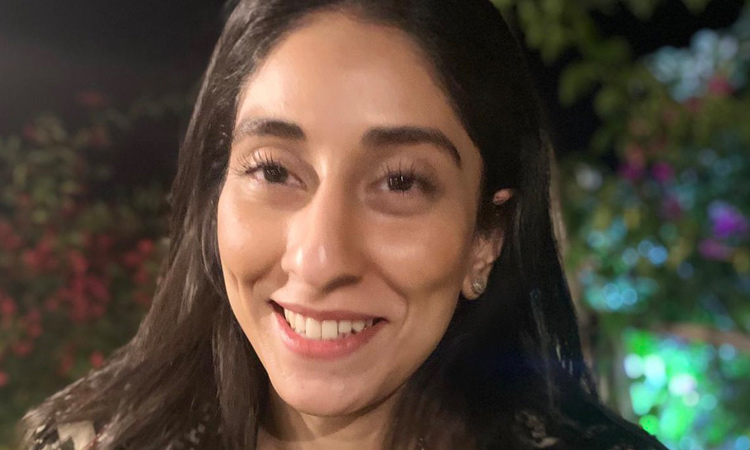 The alleged killer, Zahir Jaffer, tortured Noor Mukadam (above), with a knuckleduster before beheading her, police told court.

Pakistani police have arrested the businessman father and mother of an alleged killer of a girl and their two servants for concealing the crime committed by the young man.

The alleged killer, Zahir Jaffer, tortured Noor Mukadam, with a knuckleduster before beheading her in Islamabad’s F-7/4 sector, the police investigating officer revealed before a magistrate.

His counsel said tactics were being used to compel the victim family for an out-of-court settlement. He said the police did not invoke Section 311 of the Pakistan Penal Code (PPC), keeping in view the gruesomeness of the murder.

“The first information report (FIR) was registered under Section 302 of the PPC which is a compoundable offence and can be settled under a compromise,” advocate Khawar said, adding that Section 311 was related to Fasad-fil-Arz, which made the offence non-compoundable, and therefore the matter could not be settled out of court. 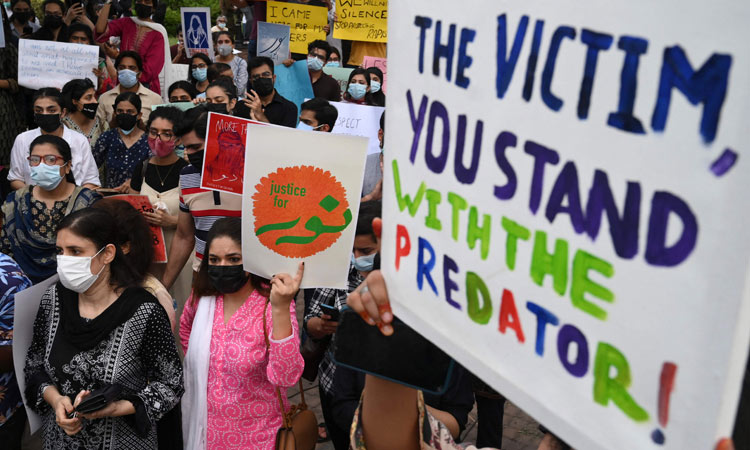 Women activists hold placards during a demonstration in Lahore against the brutal killing of Noor Mukadam. AFP

When Mukadam was asked whether he had been approached for an out-of-court settlement, he replied that so far no one had asked him for a compromise, adding that he would never accept it at any cost.

When Magistrate Ranjha took up the case, the investigating officer informed him that the police had recovered a pistol, knife and knuckle duster from the accused after he was taken into custody.

He said clothes of the deceased and blood samples had been obtained from the crime scene while statements of the witnesses were recorded under Section 161 of the Criminal Procedure Code (CrPC).

The officer said the police had to recover his mobile phone and that of the deceased to obtain valuable information and find out whether Jaffer was in contact with anyone else.

Earlier, Islamabad’s Inspector General of Police (IGP) Qazi Jamilur Rehman has instructed the investigation team probing the brutal killing of Noor to seek the placement of Jaffer’s name on the Exit Control List (ECL) so that the accused did not flee Pakistan.