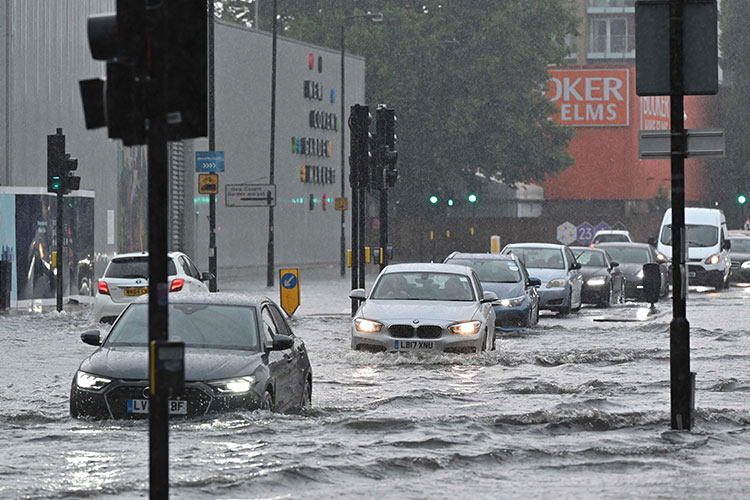 Cars drive through deep water on a flooded road in London. AFP

Heavy rain and recurring storms flooded the streets of British capital London on Sunday, and suspended the movement of buses and cars, while warnings of the dangers of lightning continued.

The Met Office issued a warning for the city of London and surrounding counties.

The bureau warned of the risk of lightning and flooding, with an average of 10 centimeters of rain expected in some areas, double the monthly average in July.

Police closed a road near Queenstown Road station in southwest London, where three double-decker buses were stuck under a railway bridge. 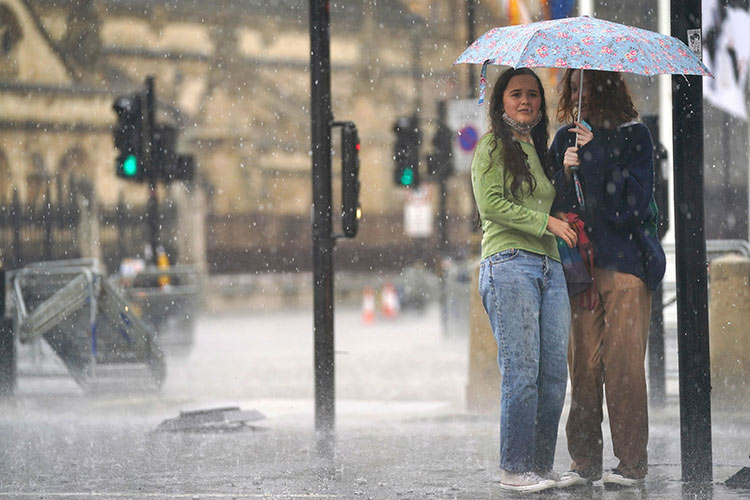 Two women shelter under an umbrella in Parliament Square in central London. AP

A driver said the passengers had to disembark after water began to flow into the bus.

Motorists in Walthamstow, north-east London, left their vehicles in the pouring rain.

The police announced that they are currently dealing with several floods in the eastern regions, warning against flooding tunnels and roundabouts.