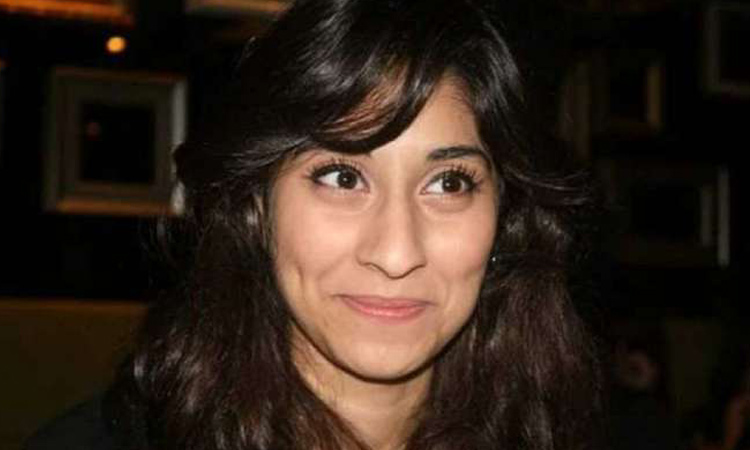 Pakistani celebrities and public figures took to Twitter to call for #JusticeForNoor and express their anger in the aftermath of the brutally murder of Noor Mukadam.

According to Islamabad police, Noor was slaughtered after being shot at, and now Twitter is fuming with rage.

Several celebrities are also in utter dismay and actor Osman Khalid has assured he will not stop screaming until the family of the Noor receives justice. 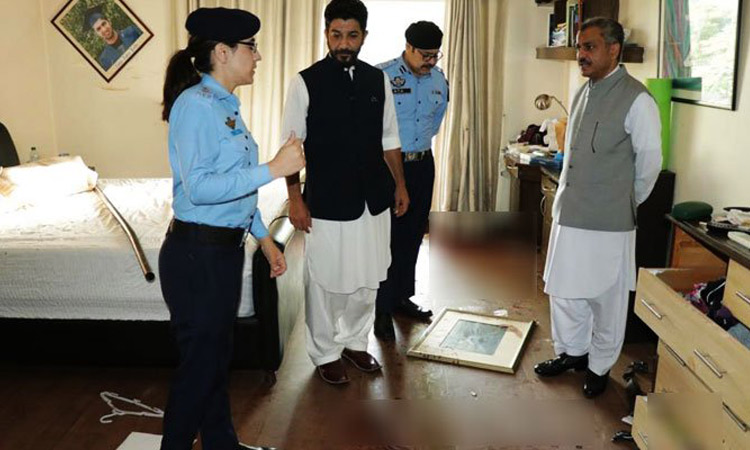 Police and officials carry out an investigation.

The Pakistani celebrities used the hashtag #JusticeForNoor to share a tweet that highlights that the murder was gender-based violence.

Pakistani actress Khan shared a thread by Aisha Fayyazi Sarwari to reinstate how Noor's was a case of gender-based violence.

Actor Mawra Hocane also lamented on the micro-blogging site, tweeting, "Disturbing news from the capital! We call ourselves civilised? Harassment, rapes, strangling women to death, beheading women.. absolutely barbaric! Extremely, extremely heartbreaking and scary... Sending so much love and prayers to the family..uff!"

Activist, anchor, model and motivational speaker Muniba Mazari also mourned the fact that we live in a "heartless, inhumane and unjust society," where three precious lives were lost at the hands of patriarchy in three days.

"This pretty much sums up where we are heading to. We have failed them as a society. Appalled, ashamed and disgusted to the core! #JusticeForNoor #JusticeforSaima #justiceforquratulain" 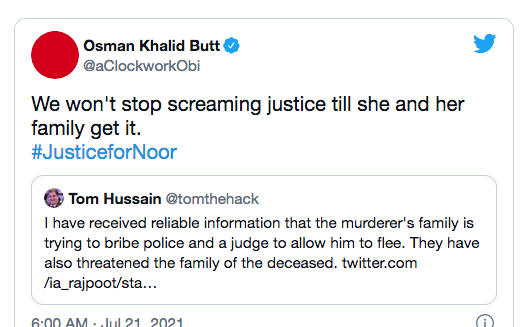 A friend of the woman, identified as Zahir Zakir, was arrested over his alleged involvement in the murder.

"The alleged killer is a son of a leading businessman of the country,” police said and obtained a three-day remand of the suspect from a local court, while officials said they were investigating the suspect’s motive for allegedly killing the woman.

A first information report (FIR) was registered against Zahir Zakir for premeditated murder on the complaint of the victim's father.

In his complaint, Shaukat Mukadam stated that he had gone to Rawalpindi on July 19 to buy a goat for Eid Al Adha, while his wife had gone out to pick up clothes from her tailor.

When he returned home in the evening, the couple found their daughter Noor absent from their house in Islamabad.

They found her cell phone to be switched off, and started a search for her. Sometime later, Noor called her parents to inform them that she was travelling to Lahore with some friends and would return in a day or two, according to the FIR.

Later, the complainant said he received a call from Zahir Zakir, son of Zakir Jaffer, whose family was the ex-diplomat's acquaintances. Zahir Zakir informed Mukadam that Noor was not with him, the FIR said.

At around 10pm the same day, the victim's father received a call from Kohsar police station of Islamabad, informing him that Noor had been murdered.

Police subsequently took the complainant to Zahir Zakir's house where he discovered that his "daughter had been brutally murdered with a sharp-edged weapon and beheaded," according to the FIR. 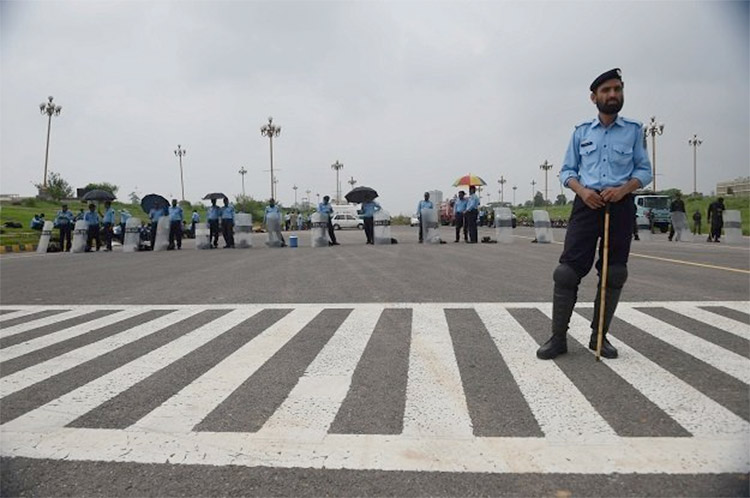 No group has claimed responsibility for the attack, but Pakistan is battling a resurgence of its home-grown Taliban following the group's return to power in Afghanistan last year.