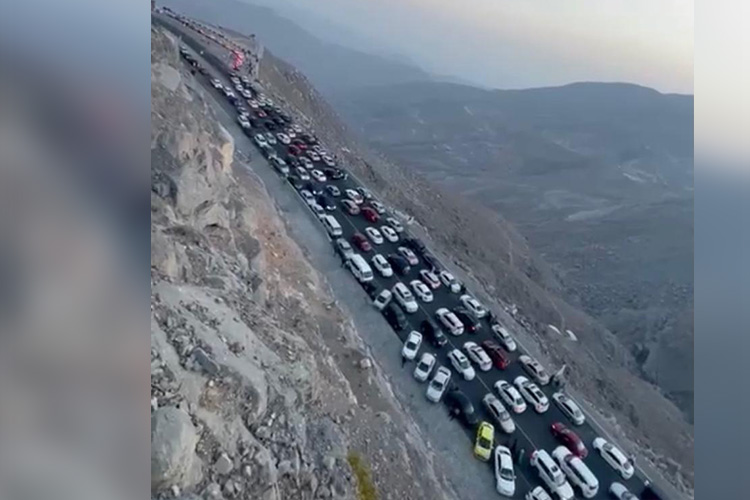 Hundreds of vehicles are seen moving towards Jebel Jais peak.

Approximately 13,000 vehicles went up to the Jebel Jais’s peak during the first two days of Eid Al Adha.

About 5,500 vehicles went up to the peaks on the first day and 7,500 vehicles on the second, according to the Public Services Department (PSD) in Ras Al Khaimah.

Engineer Ahmed Al Hammadi, Director of the PSD, explained that Jebel Jais is increasingly becoming popular among tourists who are enthusiastic about mountain peaks and open spaces. 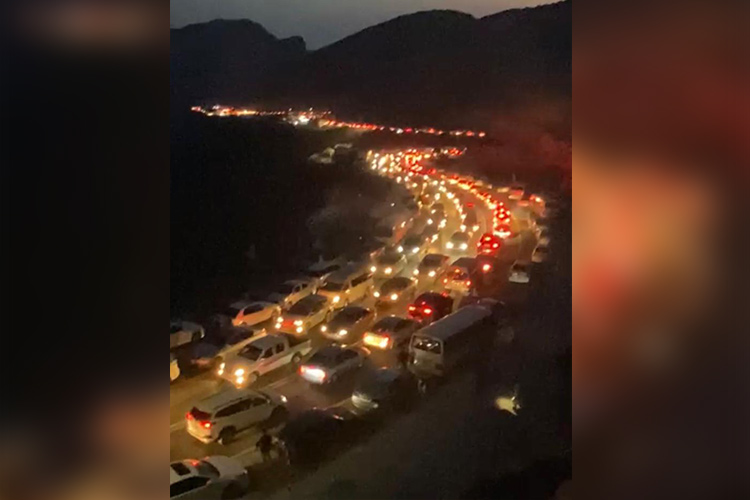 “An estimated 35,000-40,000 visitors have ascended the Jebel Jais on the first and second days of the Eid Al Adha and the numbers is expected to increase on the third day and final Eid day,” he added.

“The Police patrol vehicles, in addition to the ‘Raqib’ patrols of the PSD, are deployed to organise traffic along the Jabal Jais’ 36-km-long road from Al Burairat and Wadi Qada’a till the Jebel Jais’s peak,” Al Hammadi said.