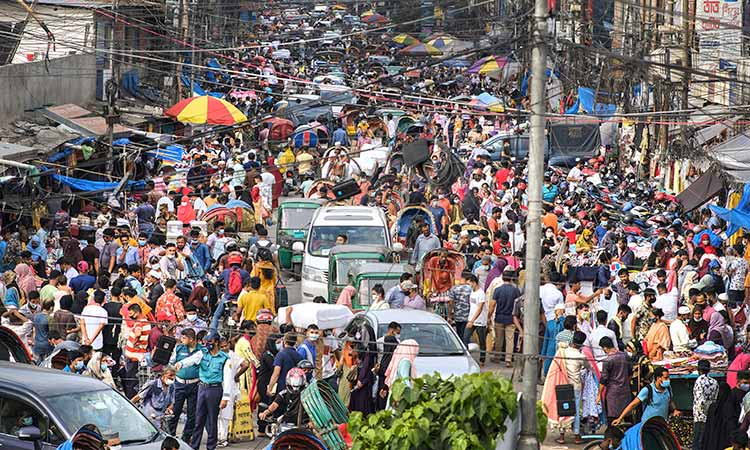 Millions of Bangladeshis are shopping and travelling for the Islamic festival Eid Al Adha. AP

Bangladesh has lifted its nationwide lockdown, ahead of the Eid Al Adha holiday, despite increasing numbers of new daily coronavirus infections.

Yet even with the new restrictions, virus deaths still hovered around 200 each day and daily infections were still around 11,000, both thought to be undercounts. On Sunday, 225 deaths and 11,758 infections were reported. 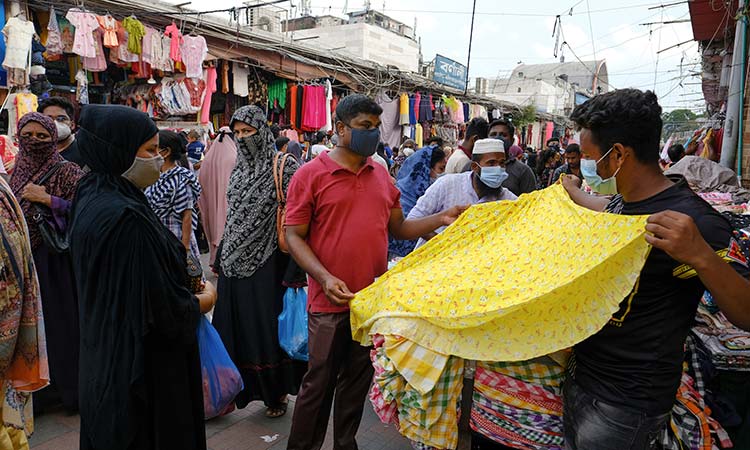 People shop at a market ahead of Eid Al Adha in Dhaka, Bangladesh, on Friday. AP

Despite the warnings from experts — and with just over 4 million of the country’s 160 million people fully vaccinated — the government announced that from July 15-23, all restrictions would be lifted and everything would be reopened so people could celebrate the festival, which is normally a boon to the economy.

The health expert Ahmed said he sees the main risks of suspending the lockdown as people from the city spreading the virus to their villages and people spreading the virus while they pack into markets for their shopping, especially cattle markets where millions of people will buy animals to sacrifice for Eid Al Adha.

According to Ahmed around 30 million to 40 million people will gather for prayers in mosques or open fields across the country for the festival on Wednesday.

Government officials have not responded to criticism of the move. An official with the Ministry of Public Administration, which issued the order pausing the lockdown, referred The Associated Press to the policy statement when asked for comment. Calls and emails to a spokesperson with the Health Ministry were not returned.

Health authorities said they were facing overwhelming pressure for intensive care units in hospitals in recent weeks because of the severe cases of infections.