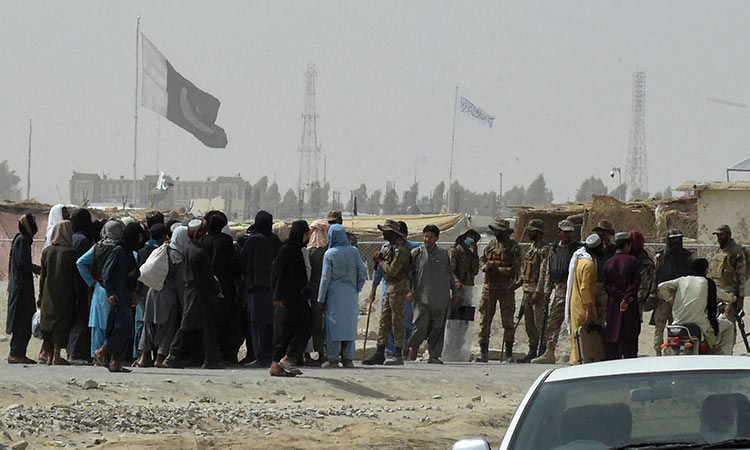 Stranded people speak to Pakistani troops in the border town of Chaman on Wednesday. AFP

Pakistan officials said that guards used tear gas on Thursday to disperse hundreds of people who tried to breach a border crossing into Afghanistan, a day after the Taliban seized control of the Afghan side of the frontier.

A senior government official in Chaman, Jumadad Khan, said the situation was now "under control".

A security official at the southwest Chaman border, who asked not to be named, said, "This morning a mob of some 400 unruly commuters tried to cross the gate forcefully. They threw stones, which forced us to use tear gas." 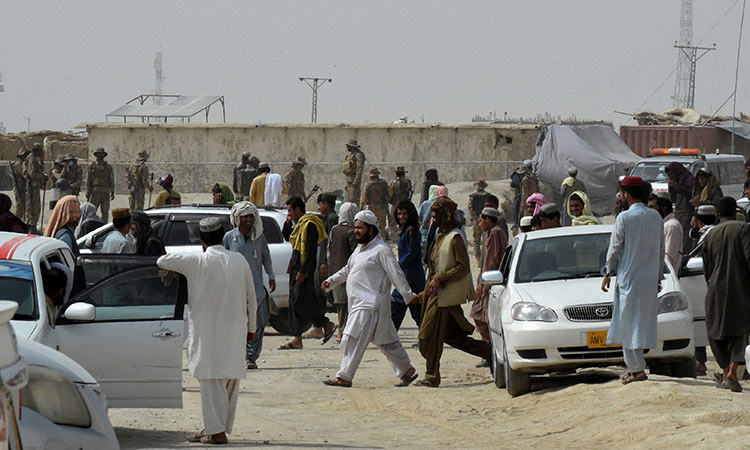 "We had to baton charge because people were getting unruly," said a second border official, who also did not want to be named.

On the other hand Afghan President Ashraf Ghani met regional leaders for talks in Uzbekistan on Thursday as the deteriorating security in his country raised fears of a new Afghan refugee crisis with neighbouring Pakistan already ruling out taking any more.

According to the UN refugee agency, several million Afghans have been displaced within their country over years of war, 270,000 of them in fighting since January as US-led foreign forces have been withdrawing. 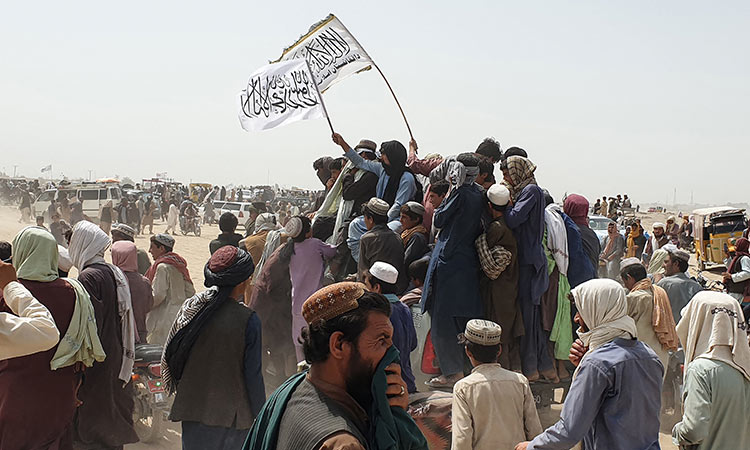 People wave Taliban flags as they drive through the Pakistani border town of Chaman on Wednesday. AFP

With Taliban insurgents apparently intent on defeating Ghani's Western-backed government, Afghanistan's neighbours are on the alert for refugees crossing borders as the fighting intensifies and living conditions deteriorate.

Meanwhile, thousands of interpreters who aided US and Nato forces in Afghanistan will be evacuated beginning in late July, Washington announced on Wednesday, as Taliban insurgents captured a strategic crossing on the Pakistan border from government forces.

In what the White House dubbed Operation Allies Refuge, the interpreters and their families are likely to be taken first to US overseas military bases or possibly third countries before resettlement in the United States or elsewhere. 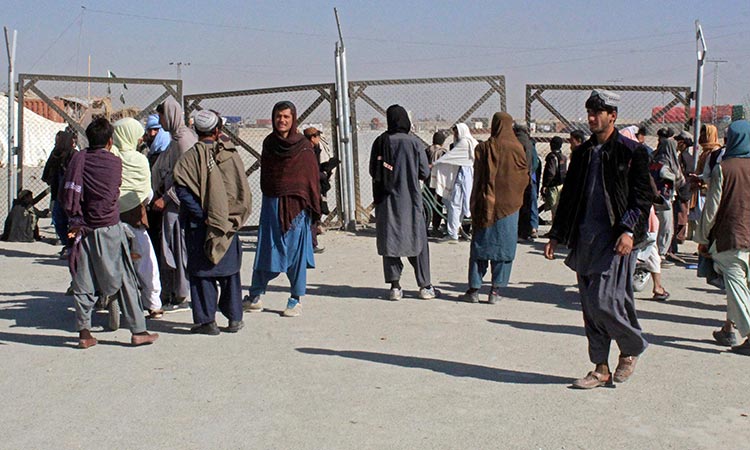 The Taliban deny harbouring Pakistani militants, but are also infuriated by a fence Islamabad is erecting along their 2,700-kilometre (1,600-mile) border, drawn up in colonial times and known as the Durand Line. 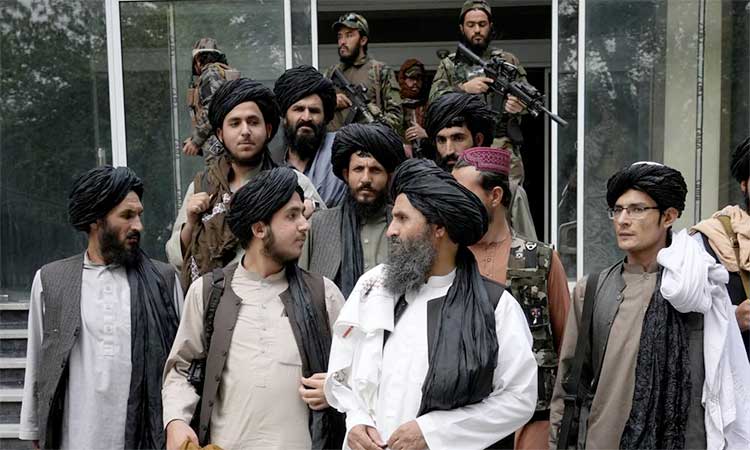 The Pakistani Taliban — known as Tehrik-e-Taliban Pakistan or TTP — are a separate group but allied with the Afghan Taliban, who seized power in their country last August, as the US and NATO troops were in the final stages of their pullout from Afghanistan.