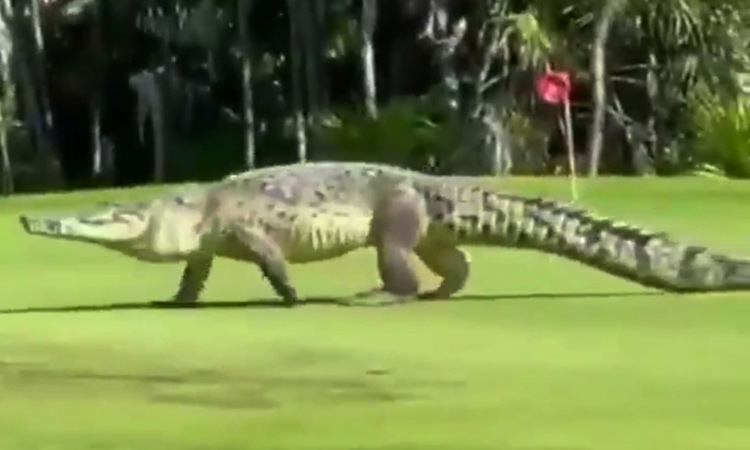 A videograb shows the giant crocodile strolling in the golf course in Mexico.

American tourists lived moments of terror after they were surprised by a giant 15-foot crocodile casually strolling on a golf course as they were having a picnic in a resort in the Mexican city of Cancun.

A video of the incident has been widely circulated on social media.

In the terrifying video recorded by an American tourist who was at the resort, the huge crocodile is seen wandering to the astonishment of the golfers. Some thought it was just a joke, while others were terrified as the predator looked aggressive and unusually large.

In the video, he hears the astonished shouts of the crocodile's movements that hit the tourists; lest he be in a position to search for his prey.

A man's voice can be heard saying: 'He will walk perfectly, not panic and in case thing go awry, he should run fast to safety.”

For a moment some of the crocodile-watchers thought it was a hoax from the resort, but soon that dissipated and they were sure of the reality of the wild animal.

One joked: "He's just going to work. He hasn't even had his coffee yet," while another said, "Let him play...

This comes after a giant crocodile was seen in Florida last year, causing a great sensation on the media. Many claimed it was fake because of its size. 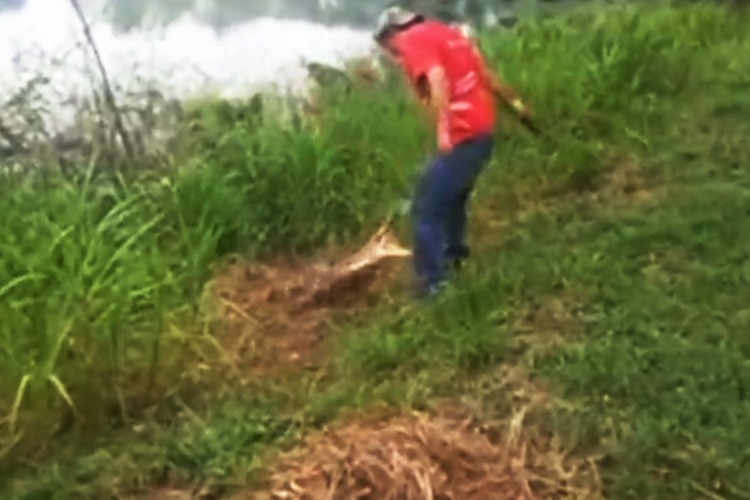