To beat the heat, Sharjah Municipality provides hat with fans to its outdoor employees - GulfToday

To beat the heat, Sharjah Municipality provides hats with fans to its outdoor employees 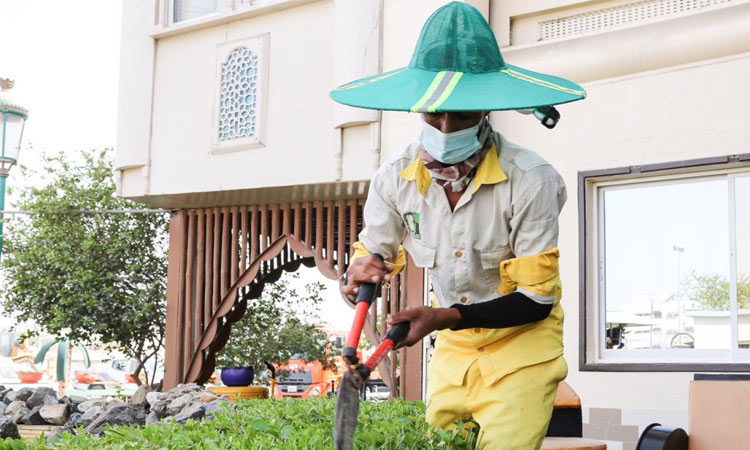 Sharjah City Municipality announces the invention of a hat from consumable materials to reduce heat and humidity.

Sharjah Municipality (SM) said it provided its employees of the supporting groups working in the field with hats which have fans installed on their sides.

Al Qaidi indicated that the municipality is keen to protect the supporting groups from heat exhaustion during the summer through continuous workshops and awareness sessions, and also by providing them with all necessary protective equipment, distributing cold drinks, in addition to its commitment to the decision to ban work at noon.

Engineer Hamid Al Banna, Director of the Transportation Department, said the new hat was made from recycled material. “The base consists of light metal wires covered with shade nets. Reflective signals were installed on them so as to make the wearer visible at night,” Al Banna added.

He pointed out that the fans work continuously for 3 hours and can be recharged, and that the municipality will develop the hat to run on solar energy.

The National Meteorological Centre (NMC) predicts that the weather will be generally cloudy and partly cloudy in some areas. Some cloud clouds may form east at noon.