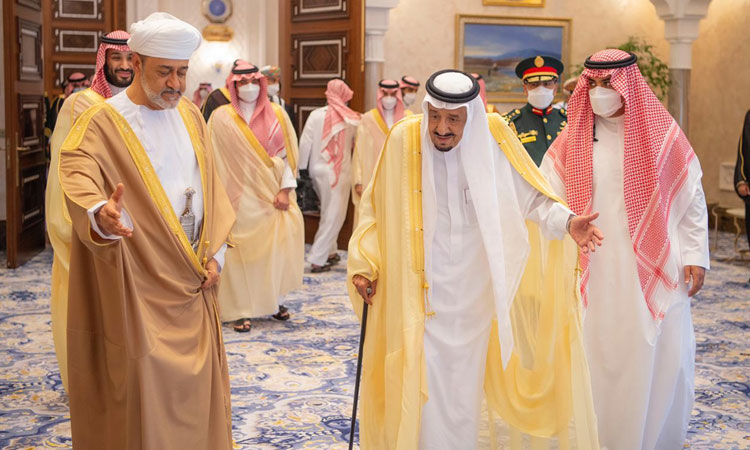 Sultan Haitham arrived in the Red Sea city of Neom for a two-day visit.

Saudi Crown Prince Mohammed Bin Salman Bin Abdulaziz greeted Sultan of Oman at the the tarmac of the Neom Bay Airport and guided him down a long lavender carpet for meetings with King Salman at the palace.

After Sultan Haitham disembarked the aircraft, Saudi jets performed an air show painting the colours of the Omani flag, while Saudi artillery fired 21 rounds to welcome the Sultan. 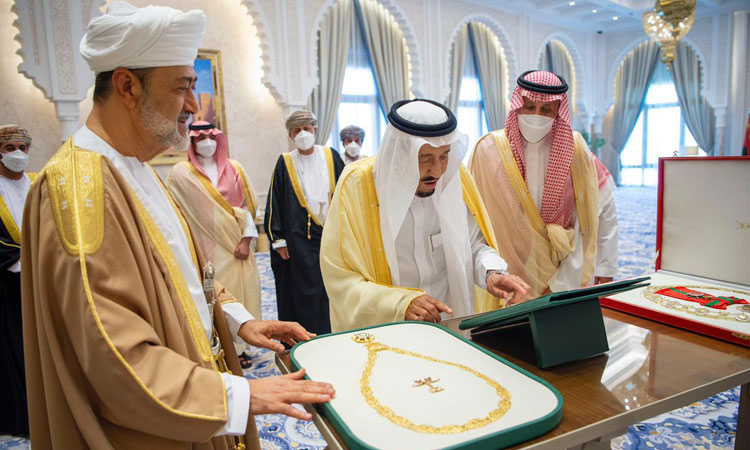 A high-ranking Omani medal for King Salman and a necklace of King Abdulaziz for Sultan Haitham were presented during the ceremony.

Later, the Custodian of the Two Holy Mosques King Salman Bin Abdualaziz received and welcomed the Sultan and his accompanying delegation at the Neom Palace, where they held a session of official talks.

Sultan Haitham expressed his happiness to visit the Kingdom and meet King Salman.

During the meeting, the two leaders reviewed brotherly relations, and discussed prospects for joint cooperation and ways to enhance and develop it in various fields.

Saudi King and Sultan of Oman witnessed the signing of a memorandum of understanding regarding the establishment of the Saudi-Omani Coordination Council. 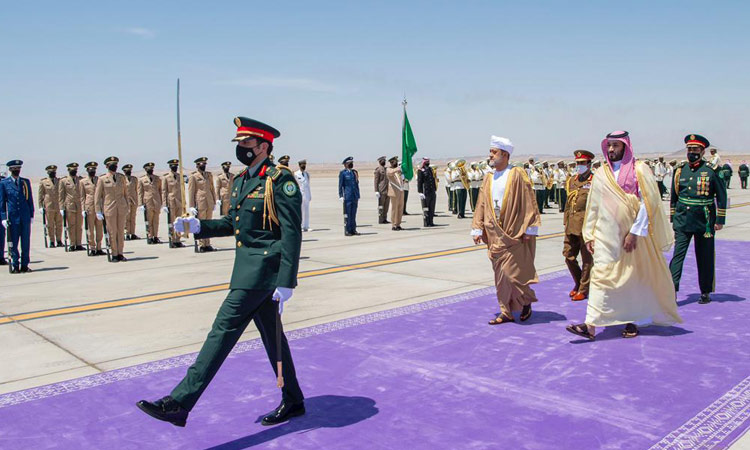 He said the opening of a delayed new road linking the two Gulf states would facilitate logistics and other infrastructure projects. 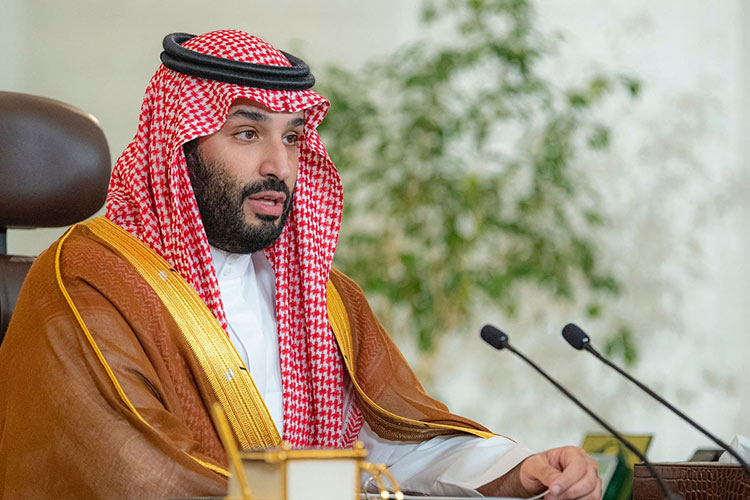 Prince Mohammed will meet Egyptian President Al Sisi to discuss issues including the impact of the war in Ukraine on the region, and preparations for President Biden's trip to Saudi Arabia, the sources said.