Pakistani expatriate thanks UAE for shaping his success - GulfToday 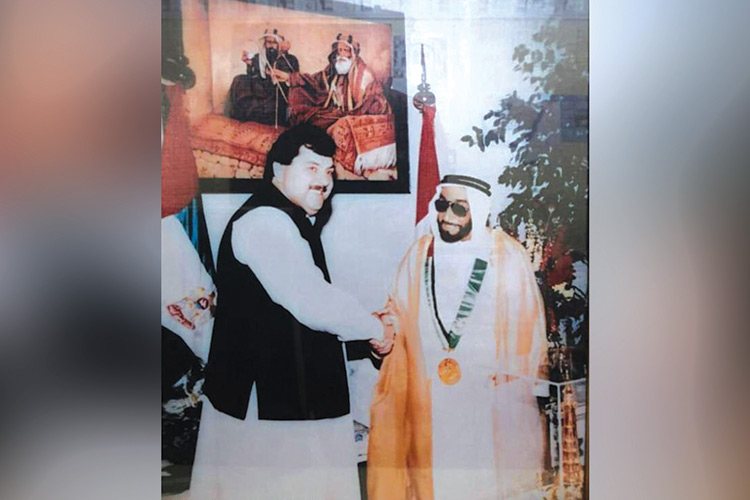 Khan Zaman Sarwar, a Pakistani expatriate in Abu Dhabi, is one of the few prominent figures who has not only tasted long-lasting success for himself but also served the UAE and the community with his tireless efforts through social and welfare sectors. With his service towards the community and establishing different businesses, he is a prominent social and business personality in the UAE, Board Member of the Abu Dhabi Chamber of Commerce and Industry and Chairman of Al-Ibrahimi Group.

When a young 20-year-old lad from Darsamand Village in District Hangu of Khyber Pakhtunkhwa province, Zaman landed in Dubai in 1969 and joined his father, who was already residing in Abu Dhabi for two years,  as a blue-collar worker.

His first job in Abu Dhabi was as a steel fixer at a construction site where he continued for three years. Soon he took an interest in operating heavy cranes. He also spent 9 years working in ADNOC’s dredging field besides working on various projects.

Success touched his feet when he bought a restaurant in 1980 and with his hard work and business mindset, he developed his single outlet into a chain of 11 restaurants spreading across the western region to Sharjah under the Al-Ibrahimi Group.

“My success is not only mine but it is due to the environment and beloved Rulers of this country who put all their efforts to create an eco-system supporting every business run by either expatriates or locals with a passion to grow, be diligent and honest,” he said while talking to Gulf Today.

He was meticulous throughout his career and availed every opportunity that came his way to grow and support people around him regardless of nationality, religion and caste. Being a volunteer for the UAE Red Crescent for 30 years, Zaman fully supported his community whenever in need, be it due to the deadly earthquake in 2005 or floods in 2008-09 in Khyber Pakhtunkhwa. He even took part in relief work for displaced people in Afghanistan.

“The UAE Red Crescent is an active body which always supports people in despair and as a volunteer for it, I was part of many relief projects across Pakistan and Afghanistan to help needy people affected by natural calamities and other disasters,” he said.

For his community service, the successful businessman was encouraged to be part of the Abu Dhabi Chamber of Commerce and Industry and run for the seat of ‘board member’ in 2014. “I was supported by a large number of expatriate businessmen belonging to Pakistani, Indian, Bangladeshi, Afghani and other communities operating in Abu Dhabi for a long time. They had trust in me and appreciated my welfare work throughout my career and made me the Board Member for which I am thankful to them,” he said.

His welfare projects spread in different sectors from helping people in need apart from organising a job fair in Karachi in collaboration with the Pakistan Embassy in Abu Dhabi to hiring around 500 people for different Abu Dhabi based companies. He also helped 250 job seekers from Peshawar to be placed in different firms in the UAE.

“These days, the country (UAE) needs people with technical skills and we highly recommend our young job seekers to get their hands on different technical skills and get jobs easily in the UAE with unlimited opportunities in the field in oil and gas, manufacturing, construction and other areas,” he said.

To help the community with technical skills, Sarwar acquired land to set up three different technical institutes in his native village, Darsamand, to help students with various job-oriented skills.

“As a first step, we have acquired land for our three technical institutes and work on these projects will be started within a year,” he said. 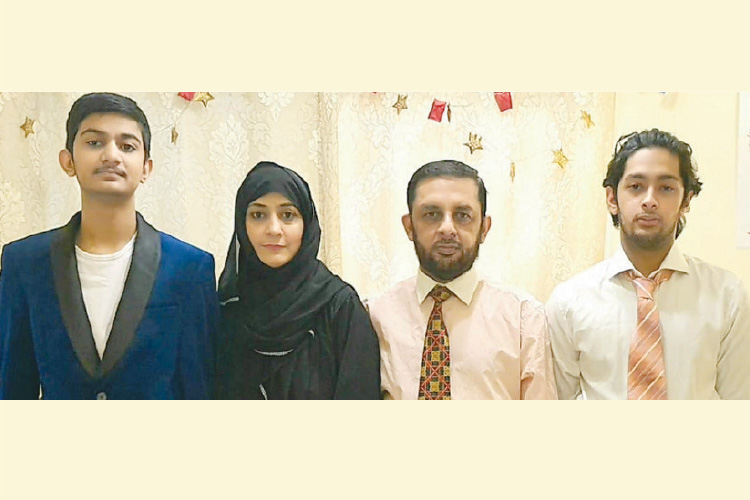 There was a time when people tried to make the most of their leisure hours. They had more than enough time in their possession all the time and they sat together and spent it profusely in different ways. The discussion on what was happening around them was prominent among many other interesting things. Folklore and poetry also interested many of them and people fond of such things knew how to dominate the sessions.

The Pakistani community residing in the UAE along with their counterparts all over the world celebrated the 80th Resolution Day (March 23) on Monday with national fervour but in a simple manner.