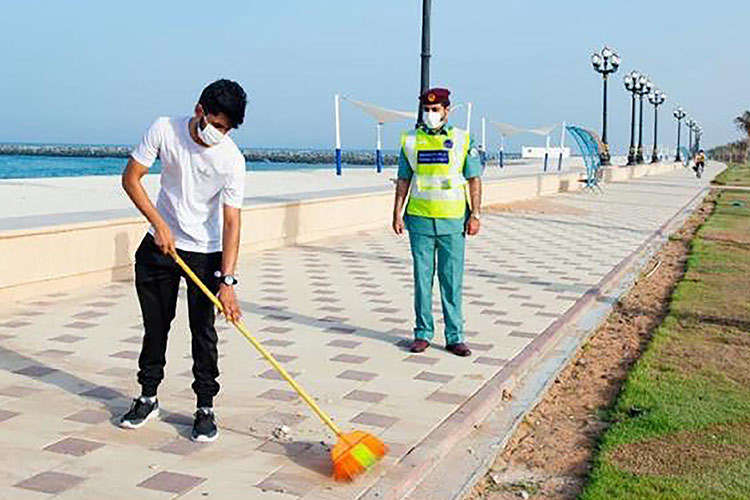 One of the convicts cleans a pavement under a policman's supervision.

The UAE Public Prosecution obligated two Emiratis convicted in various traffic cases to perform community service in the city of Kalba, based on the judgment issued against them by the Kalba Court of First Instance.

The first convict will perform a month and a half, while the second will perform two months of community service, the Court ordered.

The UAE Public Prosecution stated that the Kalba Court of First Instance convicted the defendants in separate traffic cases, and ordered them to perform community service. 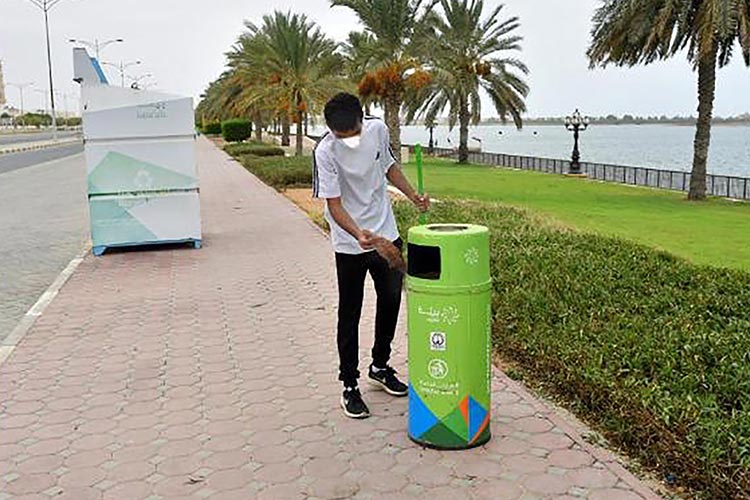 The second convict puts garbage inside a bin.

The enforcement of these measures constitutes a deterrent for irresponsible behaviours conducted by young men, he added.