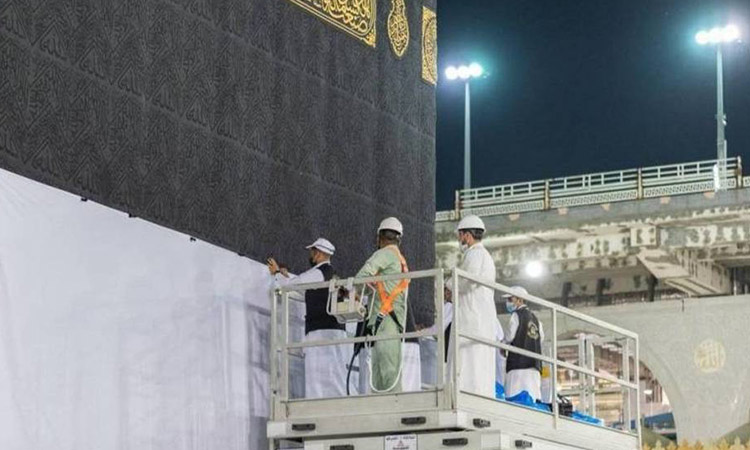 The General Presidency for the Affairs of the Grand Mosque and the Prophet’s Mosque raised the lower part of the covering of the Kaaba by about three meters, and covered the raised part with a white cotton cloth on all four sides, as was the annual custom and according to the approved plan for the Hajj season of this year 1442 AH.

This measure comes as a precaution and to maintain the cleanliness and safety of the Kiswah.

The presidency - represented in the King Abdulaziz Complex for the Kiswah of the Kaaba - takes great care and attention throughout the year.

The General President of the Affairs of the Grand Mosque and the Prophet’s Mosque, Sheikh Abdul Rahman Al-Sudais, stressed the importance of the great care and attention given to the covering of the Kaaba throughout the year, from the Custodian of the Two Holy Mosques King Salman Bin Abdulaziz Al Saud, and the Crown Prince, is an extension of the Kingdom’s interest since the establishment of the Two Holy Mosques.

It also includes their services to the pilgrims in general and to the Kaaba in particular, to facilitate the guests of the Most Merciful to perform their worship and rituals with ease. 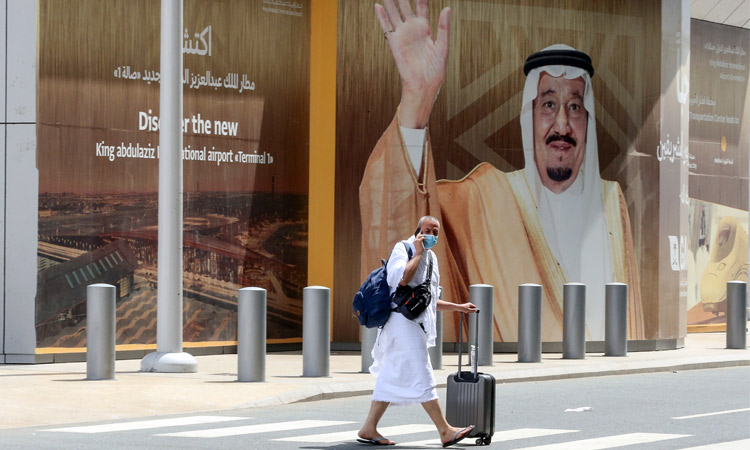 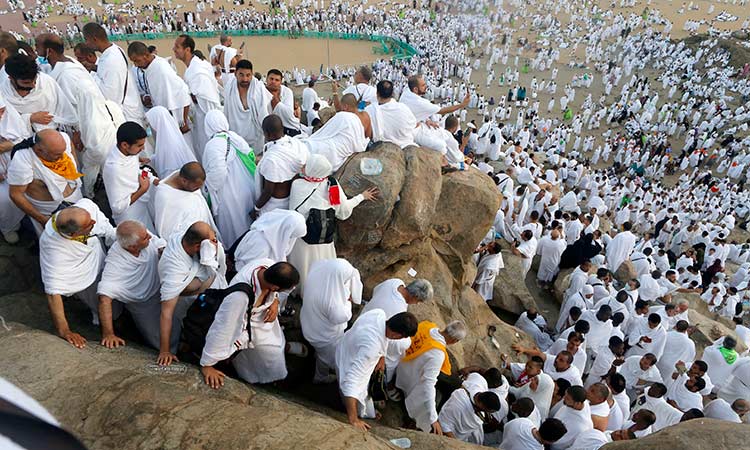 The Hajj is one of the five pillars of Islam, required of all Muslims to perform once in their lifetime if they are physically and financially able.