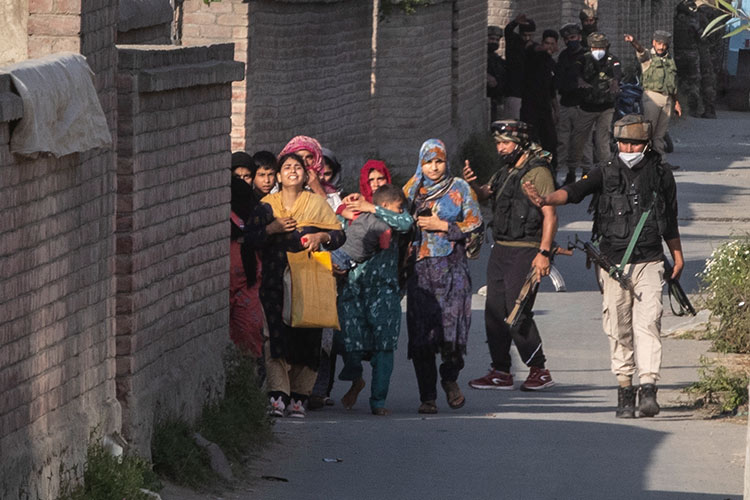 Women and children rush for safer places near the site of a gun battle between security forces and suspected rebels on the outskirts of Srinagar on Monday. Associated Pressukhtar Khan)

Parimpora area of Srinagar in Jammu and Kashmir on Monday was the latest spot to witness fierce clash between security force and the militants on Monday.

A joint team of the police and the army cordoned off the area and launched a search operation after getting specific information about militants hiding in the area.

Forces came under a heavy fire after they zeroed in on the militants’ hideout.

Earlier in the day J-K police revealed that foreign militants of Jaish-e-Mohammed (JeM) carried out the attack in which a special police officer, his wife and daughter were killed.

The terror attack in the Hariparigam village of Awantipora area was carried out by two JeM militants,” informed Vijay Kumar, Inspector General of Police.

Fayaz Ahmad, his wife Raja Begum and daughter Rafiqa, 23, were killed in the attack.