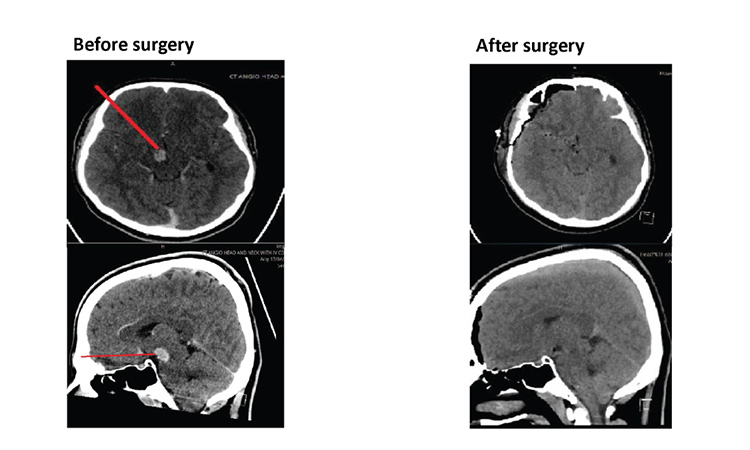 Zayed was diagnosed with third nerve palsy due to an underlying mass in the brainstem.

The hospital has reached yet another milestone in the provision of complex brainstem surgery in the UAE.

Zayed started to experience crippling acute headaches, with drooping in his right eyelid and double vision following suite. His symptoms deteriorated rapidly until he was unable to open his right eye.

Seeking medical consultation, Zayed was diagnosed with third nerve palsy (complete paralysis of the eye’s movement) due to an underlying mass in the brainstem associated with acute bleeding. Following additional medical examinations, the diagnosis was

determined to be bleeding in the midbrain due to a benign lesion with a cluster of abnormal blood capillaries (cavernous hemangioma). Although the exclusion of a cancerous brain tumor was welcomed, the highly sensitive location of his hemangioma and the ongoing risk of subsequent bleeds with potentially significant consequences, alarmed the patient and his family.

Zayed’s symptoms continued to deteriorate and with the fear that he may lose functionality of his right eye, the family were referred to Dr Mohammed Al Asha, a consultant neurosurgeon specialised in brain tumor surgery (neuro-oncology) and skull base surgery at Tawam Hospital in Al Ain.

Dr Asha said, "Such rare cases are often treated conservatively, prompting the symptoms to improve after a few months, but there remains risk that a subsequent bleed might cause more damage to this delicate area of the brainstem, resulting in significant

permanent disabilities. After repeated MRI scans, there was clear evidence of expansion in the surrounding bleed with compression of the motor nerve tracts in the midbrain. This encouraged the team at Tawam Hospital, along with the patient and his family, to opt for surgery."

The intricate microscopic surgery extended over eight hours, enabling Dr Asha and his team, along with Dr Riyaz Khyshzay, Consultant Anesthetist, to navigate through natural corridors in the brain, avoiding all delicate structures and reaching the centre of the brainstem to perform total excision of the lesion without any complications.

Zayed has already started to show early signs of recovery in his right eye following the procedure, with the prognosis that he will regain full function over the next few weeks.

A young Arab man, Abu Baker Jamal, 23, died in Al Ain Hospital after a 19-month coma resulting from a traffic accident early in 2018. 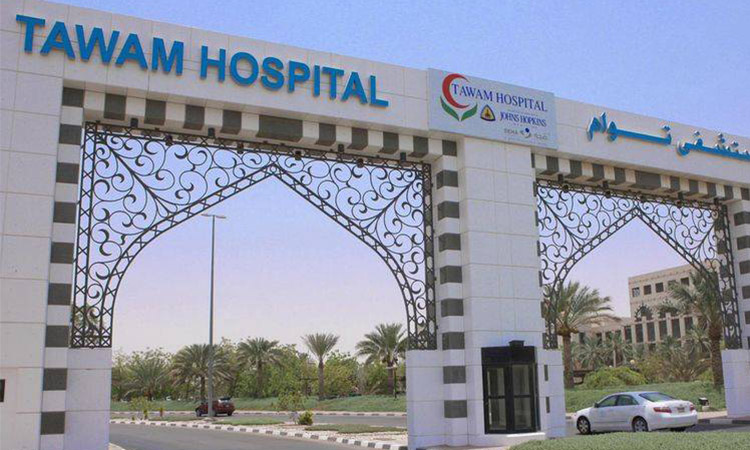 Tawam Hospital in Al Ain is now free of Covid-19 cases, and continues to provide its specialised and full healthcare services to patients.