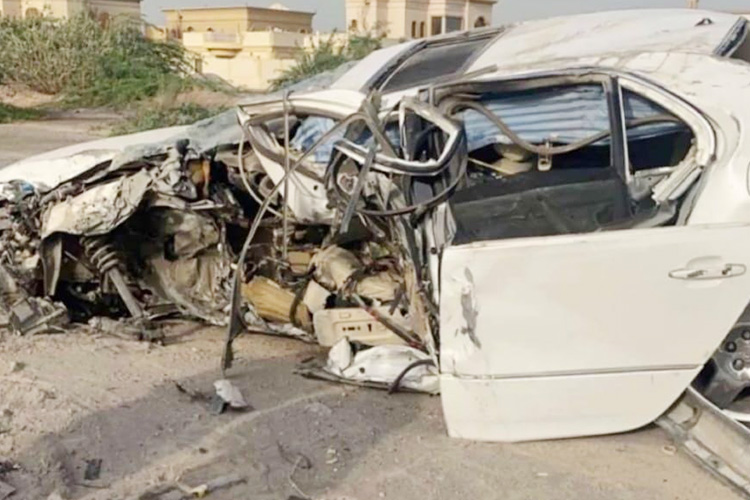 The damaged car lies on the side of the road.

A 19-year-old Emirati teen died from severe injuries sustained in a horrifying accident that took place on Khor Khuwair Road, about 25 kilometres north of Ras Al Khaimah, on Monday morning.

The Ras Al Khaimah Police indicated that the operations room received a report in the morning about a terrible accident in which an Emirati teen sustained critical injuries. 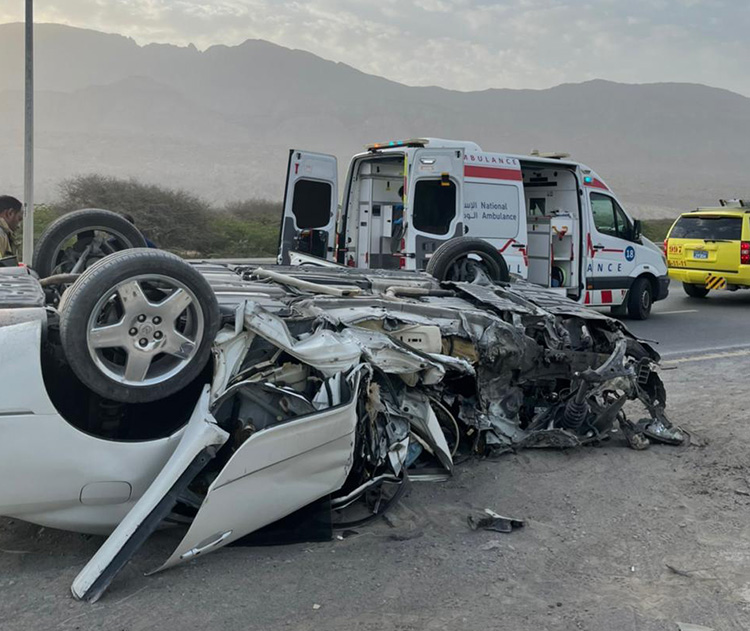 Ambulance and police vehicles arrive at the accident site.

The police patrols and the ambulance immediately rushed to the location of the accident.

Through the preliminary examinations of the scene , it was found that the accident occurred due to a sudden swerving of the vehicle that was being driven by the Emirati.

He lost control over the vehicle, which swerved and crashed into a lamppost.

The teen was given first aid at the scene. Later, he was rushed to Saqr Hospital. He succumbed to his injuries at the hospital.

The Ras Al Khaimah Police said that the body has been handed over to the deceased’s family for the burial.

Asian duo jailed in Dubai for robbing school bus to sell it for Dhs34,000

The accident file has been referred to the competent authorities, to complete the legal procedures.

The Ras Al Khaimah Police have called on all drivers to focus on the road while driving and refrain from using mobile devices and other things.

The motorists have been urged to abide by the laws and regulations in order to avoid such fatal accidents.

In May, an Emirati man, 25, identified as SA, died in a collision between his Nissan Patrol car and a truck in Al Hamidiya area, Ajman.

“SA died as a result of a collision of his car with a truck which caused the accident by suddenly swerving from the right lane to the middle lane and colliding with the man’s car that was in the correct lane. The car overturned, causing serious wounds to the man who was trapped inside,” Al Falasi added.