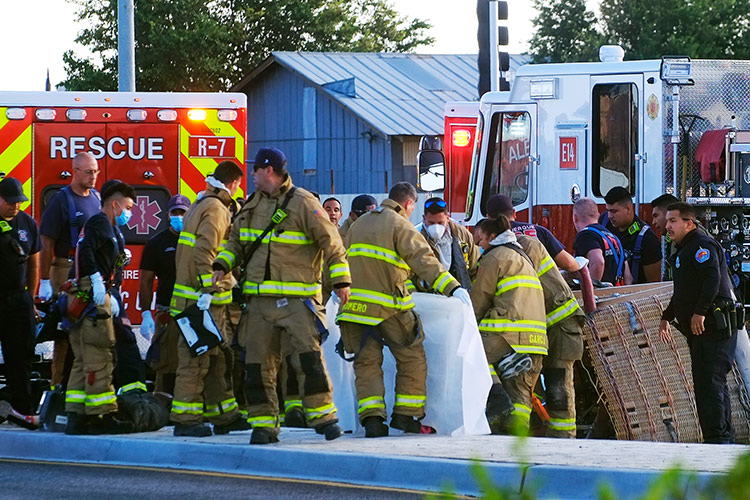 Fire Rescue crews work on victims of the fatal balloon crash at Unser and Central SW in Albuquerque. AP

In a horrifying incident, five people were killed when a hot air balloon crashed into power lines in Albuquerque, New Mexico, on Saturday.

The crash caused power outage in the area.

The deceased have not yet been identified but authorities at the site confirmed that three men and two women died.

Gilbert Gallegos, a police spokesman, said that the multi-coloured balloon crashed into the power line, cutting off power to over 13,000 homes.

The US Federal Aviation Administration said the balloon crashed in the middle of a busy street and caught fire. 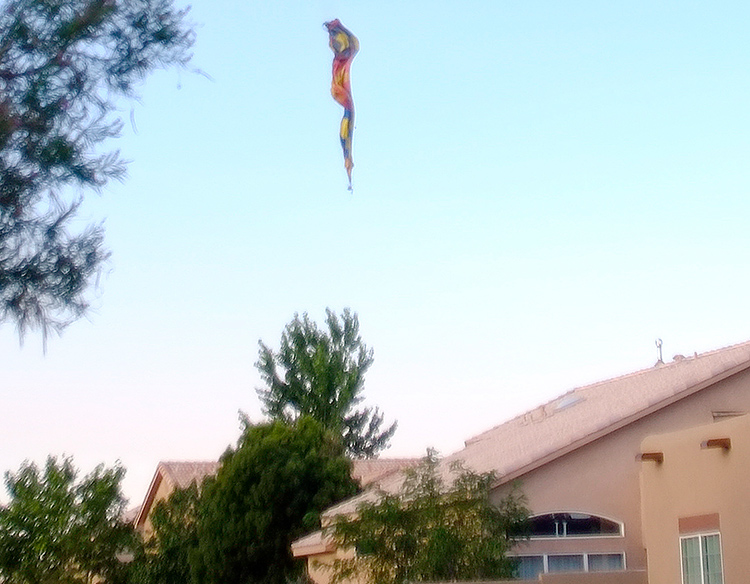 A hot-air balloon falls from the sky near Unser and Central SW in Albuquerque. AP

Preliminary investigations revealed that the balloon casing was blown away and eventually landed on a residential roof.

Police and forensic experts at the site said that they would unearth the cause of the accident that took away innocent lives.