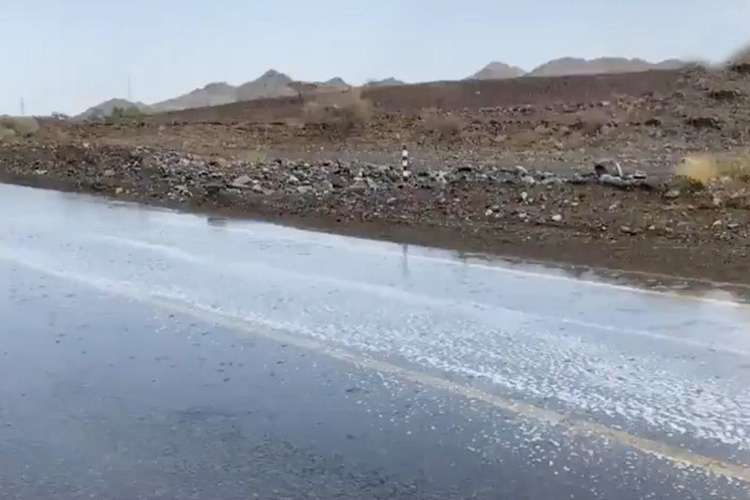 The National Centre of Meteorology (NCM) has carried out 94 cloud seeding flights, since the beginning of 2021, at an average of 2-3 hours per flight.

Moderate rain began to fall at 2pm on Hatta in Dubai, while it was light on Al Man’ai and Wadi Al Qour in Ras Al Khaimah, Ajman’s Masfout area and Bide’a Da’fas in Al Dhafra region also saw rain, according to the NCM.

Light to moderate rain was expereinced over Sharjah – Kalba Road.

The highest temperature recorded over the country on Thursday was at 49°C in Sweihan, Al Ain at 15:15 UAE Local Time.

The lowest temperature recorded in the country on Thursday morning was 25.6ºC at 5:30 am UAE local time, the NCM said.

The Centre appeals to the public to exercise caution while driving during the rain and lack of horizontal visibility, advising them to stay away from surface run-offs to keep their safety.

The NCM has also indicated that the weather on Friday is expected to be fair to partly cloudy at times and hot during daytime, with a probability of some convective clouds formation eastward by afternoon.

Light to moderate southeasterly to northwesterly and northeasterly winds, freshening at times causing blowing dust and sand, with a speed of 15 – 25 reaching 40 km/hr are also expected.

The sea would be slight in the Arabian Gulf and in the Gulf of Oman, the NCM added.

It has also said that the weather on Saturday will be fair to partly cloudy at times and hot during daytime.

Low clouds will appear by Sunday morning over eastern coast with a probability of some convective clouds formation by afternoon eastward.

Light to moderate southeasterly to northeasterly winds, freshening at times, with a speed of 15 – 25 reaching 35 km/hr are also expected on Saturday.

The sea would be slight in the Arabian Gulf and in the Gulf of Oman, the Centre said.