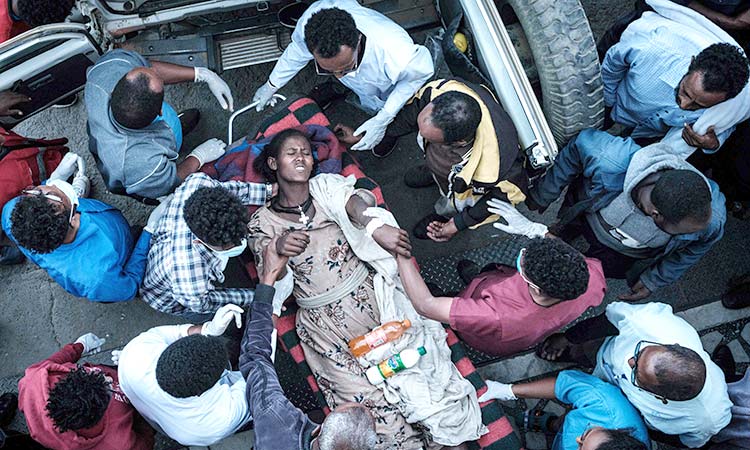 An injured resident of Togoga is carried on a stretcher to the Ayder referral hospital in Mekele, Tigray region. AFP

A deadly airstrike on a market left dozens wounded or killed in Ethiopia's war-torn northern Tigray region, survivors and emergency workers said on Wednesday, as a seven-month-old conflict surged again.

Witnesses and medical personnel said dozens were killed or wounded at a busy market in Togoga town on Tuesday, as ballot counting was underway across much of the rest of the country following Monday's national election.

No vote was held in Tigray because of the conflict, and the airstrike occurred as reports emerged of rebel advances in some parts of the region. 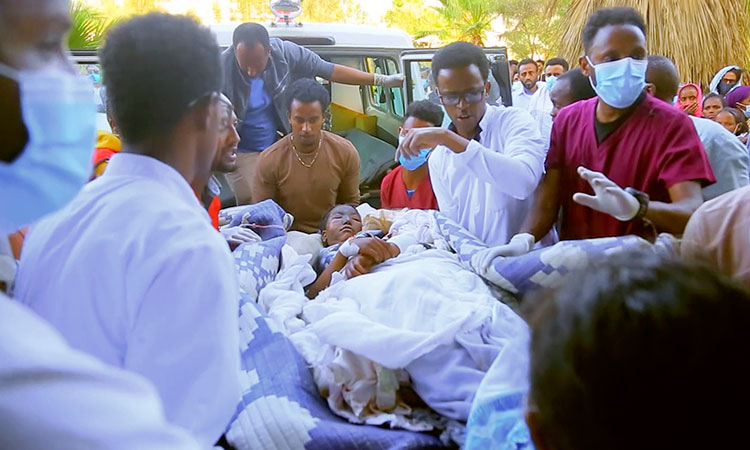 An injured victim of an alleged airstrike on a village arrives in an ambulance in Mekele, Tigray region. AP

"There were lots of injured people and dead people," said 20-year-old survivor Birhan Gebrehiwet, whose house next to the market was destroyed by Tuesday's blast.

"We were stepping on them and in their blood," she added.

Birhan said she was selling drinks around lunchtime when the attack happened.

"I am sure it came from the air," she added.

An emergency worker at a hospital in the regional capital Mekele, 30 kilometres away, said six wounded people had so far been admitted -- including three young children -- adding that soldiers were preventing others from leaving Togoga. 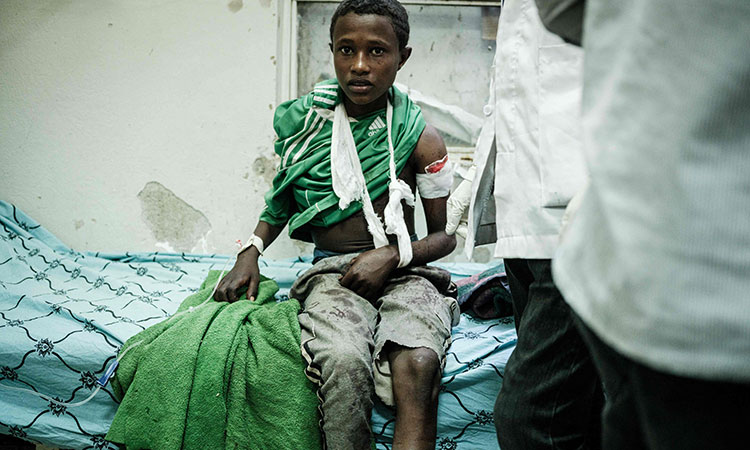 "There are 45 injured people who are denied access, they risk death," said the emergency worker.

An ambulance driver said he was also being prevented from driving to Togoga.

"I tried to leave Mekele four times today to try and help people, but the soldiers are not letting us go," he said.

Relatives of one man who was seriously wounded and was being treated at a Mekele hospital said he had witnessed two explosions, both fired from aircraft. 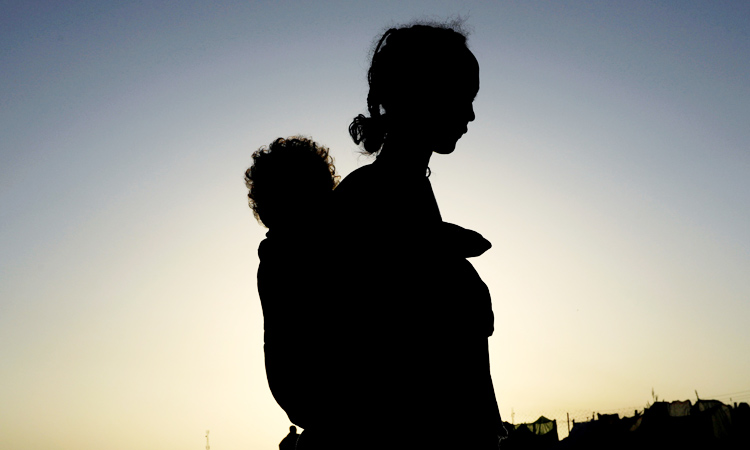